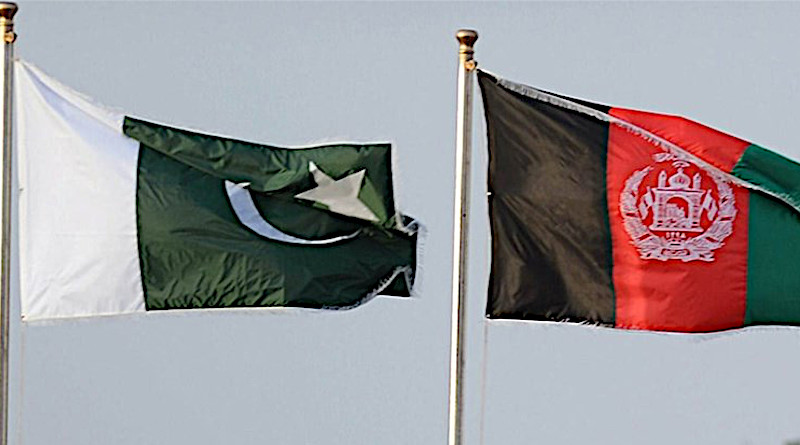 Peace in the neighboring country is essential for the peace and stability in Pakistan. War in Afghanistan has a direct effect on the democratic political culture and creates instability in the society. The presence of foreign forces in Afghanistan provides an opportunity for terrorist organizations to successfully maintain their presence and achieve a soft corner from the general population. The sustainable peace will also benefit Pakistan in terms of better relations with Afghanistan, and open up the communication links with Central Asian Republics.

After the collapse of the Soviet Union number of factors come into play that made the situation of Afghanistan more complicated. That time Pakistan being neglected by the United States and its allies was left no option except for supporting Taliban movement for the betterment of the region. Pakistan was seeking to observe its own strategic interest in the region that was to curb the Pakhtun nationalism and easy access to Central Asia for economic trade and investment. Initially, the Taliban regime did serve for the objective but Pakistan was gradually isolated due to its support for the Taliban in Afghanistan. Eventually, Pakistan took U-turn its Foreign Policy towards Afghanistan after 9/11. Pakistan supported the United States against the Taliban regime in Afghanistan, the relationship between Pakistan and the United States has seen a lot of ups and downs. Though, the United States and its allies always depend upon Pakistan until their departure from the region.

The withdrawal of the US from Afghanistan will confront Pakistan with numerous challenges. The withdrawal might decrease the trend of militancy in the region. The militants of TTP can gradually be mainstreamed by the policy of reintegration. Two factors can play a crucial role in de-radicalize the region. One after the withdrawal of foreign troops the excuse of Taliban that they claim the foreign forces are occupying Afghanistan by this argument they are attracting the people in the name of jihad.

Pakistan has to deal with the Baloch separatist at the same time. Pakistan categorically says that India is Involve in the Baluchistan insurgency. For this purpose, India is using the soil of Afghanistan to support the separatist elements within Pakistan. India gives financial support to these elements and Afghanistan gives shelter. After US withdrawal from the region, Indian influence in Afghanistan may reduce more the way they are operating now. Pakistan seeks better relations with neighboring and regional powers which were adversaries in the situation. Pakistan is seeking good relations with Russia and is trying best to build trust between two nations and make up for the former misunderstandings.

India’s increasing attachment in Afghanistan is a major factor for Pakistan’s security. Pakistan should care about the Indo-Afghan strategic partnership. India has no geographical, religious and ethnic connection with Afghanistan. On the basis of this argument, Pakistan categorically rejects Indian involvement in the final list of nations that will premeditate on the future line of action regarding the Afghan dilemma.

Pakistan and Afghanistan understand the situation and are willing to cooperate with each other on the situation. Pakistan’s interests in neighboring Afghanistan are the same where Pakistan hopes for a stable government and stable Afghanistan where it is not disturbed by anti-Pakistan elements. For Pakistan, there is challenging competition by the regional powers already existing in Afghanistan. India has so much investment in Afghanistan for her own interest and to destabilize Pakistan through financial support for anti-Pakistan groups in the region. USA, Pakistan and Afghan Taliban have engaged in peaceful dialogues through reconciliation. For both countries and for the region, it is a positive approach to promoting peace and stability even better for friendly relations. Recently, Qatar is hosting Intra-Afghan Dialogue which is actually all about the future political system of Afghanistan.

The article Peace In Afghanistan Is Precondition For Curbing Terrorism In Pakistan – OpEd appeared first on Eurasia Review.