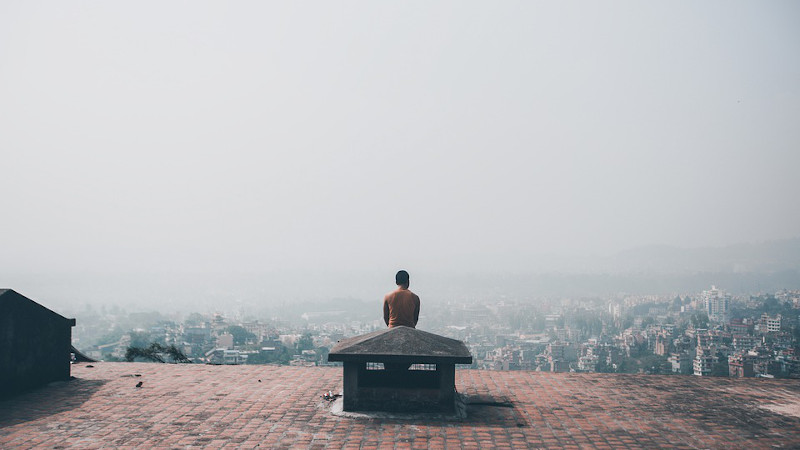 Nepal’s President Bidya Devi Bhandari has dissolved the parliament on the recommendation of Prime Minister KP Sharma Oli though Constitution has no such provision. In a parliamentary democracy like Nepal, the prime minister has the real power, not the president, and not many presidents refuse unconstitutional recommendations.

Nepal’s next general elections were due in 2022, however, the President’s Office has announced that mid-term polls will be held in two phases during 2021 –   April 30 and May 10.

Oli was under pressure to withdraw an ordinance related to the Constitutional Council Act increasing his own powers that he had issued and got endorsed by the president. Following the dissolving of parliament, seven ministers in Oli’s cabinet have resigned.

There is speculation that the issue may be taken up in the Supreme Court but the latter may likely rule in Oli’s favor. Apparently, Oli is in no danger and will be ‘king’ for the next six months. What happens after the mid-term polls next year is hard to predict because Nepal’s opposition is in disarray, much like in India. Even the opposition Nepali Congress has leadership problems.

Dissent within Nepal’s Communist Party (NCP) was brewing for a long time but dissolving parliament without a provision in the Constitution is unprecedented. China has invested too much in Nepal to let go of control of Nepalese politics.

In Beijing’s eyes, Oli is perhaps the best PM Nepal ever had because he took up territorial cudgels against India coinciding with Chinese aggression in Eastern Ladakh; issued a new map showing three areas of India as part of Nepal; deployed army troops first time along the border with India; denied China occupied  Nepalese territory at Limi Lapcha area of Namkha Gaupalika (rural municipality) of Humla despite Nepal’s survey department of agriculture ministry reporting China has cumulatively encroached 33 hectares of Nepalese land in 10 places and has been diverting rivers to increase its territory; opened all sectors of Nepal to Chinese investments; allowed consolidation of Chinese and Pakistani intelligence agencies in Nepal, and introduced Mandarin in all schools.

Mao Zhedong considered Nepal as one of the five fingers of Tibet which he called the “palm” of China. The Maoists insurgency was initiated for the same reason, royals massacred and the communist regime brought in. China has been topping foreign direct investment in Nepal consecutively for the past four fiscal years.

According to Nepal’s Department of Industry, Nepal received over 90 percent of total FDI commitment from China during the first quarter of the current fiscal year 2019-20 that began in mid-July.  Besides, China has always had a hold over the leaders of NCP.  Oli and former prime minister Pushpa Kamal Dahal, popularly known as Prachanda, were leaders during the Maoists insurgency. Madhav Kumar Nepal, belonging to the United Left Front, is also aligned with communist ideology. Beijing has been in touch with these politicians and is said to wield influence over them.

Oli had a telephonic conversation with Indian Prime Minister Narendra Modi in August. India’s Research and Analysis Wing (RAW) chief Samant Goel, Indian Army Chief Gen M M Naravane and Foreign Secretary Harsh Vardhan Shringla visited Nepal this year in that order. Nepal’s Foreign Minister Pradeep Kumar Gyawali is to visit India shortly for what Indian media describes as “to restore ties.” But all this in no way reduces China’s influence over Nepal as long as Nepal is under communist rule. Armies of India and Nepal enjoy excellent relations, but the Nepalese Army has to abide by what the prime minister wants.

Beijing is making massive investments in Lumbini to assume the patronship of Buddhism in Nepal and influence the Buddhism circuit. China’s Defence Minister Gen. Wei Fenghe, leading a 21-member delegation, recently visited Nepal to further enhance military-to-military relations. Issues discussed by him included the resumption of training and student exchange programs impacted by the pandemic.

True that China has not been able to curb the dissent within the NCP even after communicating with President Bidya Devi Bhandari and PM Oli. But the option of dissolving parliament may have been discussed by Oli with China in case matters came to a head.

This is what probably happened. It gives Beijing another six months to try and stitch the NCP together and work out power-sharing. Oli too will get six months to ingratiate himself more to Beijing. Finally, Oli maybe Beijing’s favorite but any other communist leader as prime minister of Nepal will be equally welcome by China as long as its strategic interests are served.

*About the author: The author is an Indian Army veteran. The views expressed are personal

Source: This article was published by South Asia Monitor