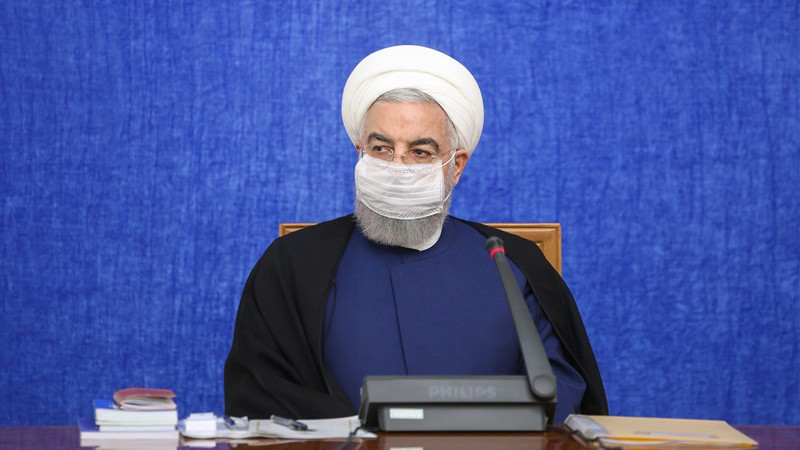 More than 80 countries have already ordered 7 billion doses of coronavirus vaccines, including poor countries such as Ecuador, Panama, and Afghanistan, and even Venezuela, which is facing a severe financial crisis, has ordered the vaccine. Some countries, including in the Persian Gulf, have started public vaccination, but the Iranian regime has not taken any action to purchase or order the coronavirus vaccine. The question is what is the problem and why? even though Iran is one of the countries with the highest number of victims of the coronavirus and according to reliable sources more than 190,000 people have lost their lives so far. The Iranian government has not taken any action to buy the coronavirus vaccine to prevent the massacre of Iranians?  In recent weeks, the death toll has risen to nearly 500 each day, according to the regime itself.

Even economically, daily delay in procuring the vaccine is causing great damage to the Iranian economy, as the state media of “Donyaye Eghtessad”( meaning world of economy) wrote on Sunday, December 20th: Studies show that at worst $ 48 billion and at best $ 32 billion is the cost to economy due to the outbreak of the coronavirus.

This situation has reached a point where even some officials in Iran have opened their mouths to protest the government’s inaction. For example, Mostafa Moeen, head of the Immunology, Asthma and Allergy Research Center at Tehran University of Medical Sciences, said: “The most effective and decisive way to build herd immunity and end the killing of homeless people is timely vaccination, which must be purchased as soon as possible.”

But why does the mullahs’ regime not buy the coronavirus vaccine and what are its tricks?!

This question can also be seen in Iran’s newspapers.

The state-run “Mardom Salary” newspaper under the header of “Criticism of officials’ response to Corona vaccine” wrote:

“Iran, unlike all countries that have lined up to buy these two types of vaccines; Has made another decision. In recent weeks, there have been conflicting views on the problems with vaccine purchases, such as “lack of sufficient foreign funds resources”, “impossibility of currency transfer”, “sanctions”, “lack of proper transportation” and so on. . . “.

Hamdeli newspaper on December 23rd wrote in an article titled “From the officials’ excuses and people’s demands about the fight against coronavirus”:

“Despite the production of the Moderna vaccine and the easier access to it, both in terms of price and portability, Iranian officials are still eyeing the production of a vaccine that is to be made in Iran this winter and will reach the public injection stage next spring. This six-month promise is made by health officials as time passes quickly, and the coronavirus is killing more people every day and makes their families mourn.”

Obviously, the victims of coronavirus are not just “numbers”, they are human and have families. they were born one day amidst the laughter of their families and relatives, and had “souls”, felt “pain”, laughter, and joy as well as, of course, loved life. Facilitating their deaths under no pretext is justifiable because every death conceals a painful catastrophe.

Buying a coronavirus vaccine without wasting time is a public demand. Especially now that coronavirus has shown a more violent face and due to its mutation, its infection progression has increased 70 times. People on social media, especially Twitter, have passed the public’s demand by launching # “Buy Vaccine”.

It seems that the Iranian regime, like its other social problems, is at an impasse due to internal conflicts in purchasing the coronavirus vaccine. On the one hand, by not signing the FATA agreement, it will not be able to transfer money. On the other hand, if it signs the FATA, its path of financial aid and money laundering for its terrorist and proxy forces will be blocked!

Meanwhile, since the IRGC mafia has direct control over all affairs in Iran under Khamenei’s direct supervision, many believe that vaccines were not bought because of the IRGC’s intervention, which seeks to use the coronavirus outbreak as a means to prevent rallies and protests. Because they know very well that if there is room for assembly and If the people’s protests start, a much worse situation will occur than in November 2019 for them, which just in 3 days more than 100 cities engulfed in mass protest and many government buildings set to fire by people and the IRGC only by shooting directly at people and killing more than 1500 of them managed to suppress the protests. But this time they may not be able to control these protests and general uprising, may lead to change of the entire regime in Iran.

*Cyrus Yaqubi is a Research Analyst and Iranian Foreign Affairs Commentator investigating the economy of the middle east countries that are relying on the oil revenue and comparing their progress to their ruling system, specially covering a variety of topics about Iran.

The article Why Iran Is Not buying COVID Vaccine – OpEd appeared first on Eurasia Review.