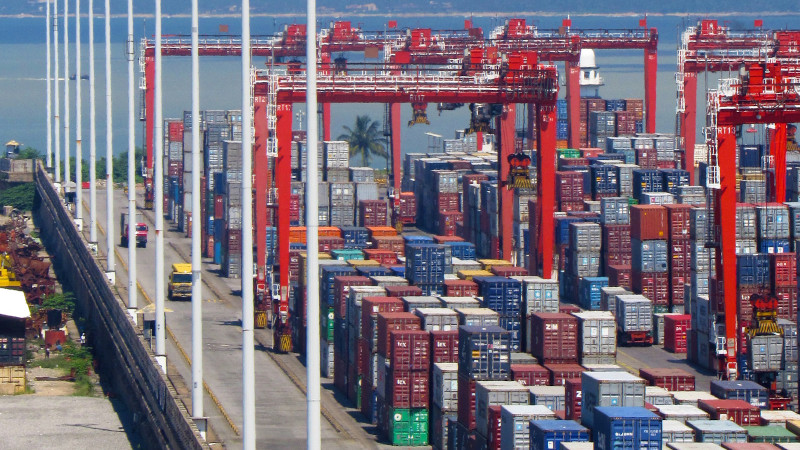 The Sri Lankan government has asked stakeholders in Colombo Port’s East Container Terminal (ECT) project to come up with a joint proposal to share a 49% stake in it.

The Chairman of the Sri Lanka Ports Authority (SLPA), Maj.Gen. (Rtd) Daya Ratnayake, said that  the SLPA will have 51% stake in the company to be formed to build and run the terminal and the remaining 49% will be held by a group of foreign and local companies.

These non-SLPA stakeholders have been asked to come up with a joint proposal to share a 49% stake in it.

He refuted news reports that 49% will be held exclusively by the Adanis of India.

He also trashed a report that the government-appointed committee to look into the investment pattern had rejected the demand of the workers’ unions that India should be kept completely out of the project.

All those who have a stake in the port are welcome to pitch in with their proposals, Gen. Ratnayake said.

Sri Lankan and foreign companies, which are interested in investing in the ECT, have been asked to come up with a joint proposal. This would then be taken up by the cabinet appointed negotiating committee. The committee’s recommendation would be submitted to the cabinet for discussion and a decision.

“The process is on. It has reached the half-way mark,” Gen.Ratnayake said.

The SLPA chairman further said that the Adanis from India and the Japanese investment company the Japan Overseas Infrastructure Investment Corporation (JOIN), would be among several foreign and Sri Lankan shareholders in the ECT company.

The Japan Overseas Infrastructure Investment Corporation (JOIN) gathers and analyzes information about business opportunities and acts as an intermediary between foreign and Japanese companies. To this end, JOIN has entered into Memorandums of Understanding (MOUs) with various overseas partners to promote cooperation and exchange of information, JOIN’s website said. JOIN has already executed infrastructure projects in India, Brazil, Vietnam and Myanmar among other countries since 1994.

The Adan iGroup has emerged as India’s largest private port operator, running 11 ports and terminals across Gujarat, Odisha, Goa, Andhra Pradesh, Tamil Nadu and Kerala. It accounts for about 22% of India’s total port capacity, and handles over 200 million tonnes of cargo a year.

“Unlike the major ports controlled by the government, they can take quick decisions and have always been customer-oriented,: the website says.

The Adani group bought a 75% stake in Krishnapatnam Port in Andhra Pradesh, helping it improve its market share to nearly 27%. It also purchased Odisha’s Dhamra Port in 2014 and Tamil Nadu’s Kattupalli Port in 2016.

There are Sri Lankan companies which could take a stake in the ECT. John Keells could be one them. John Keells already operates the South Asia Gateway Terminal (SAGT) in Colombo port along with the SLPA and other internationals companies.

23 trade unions have been agitating and demonstrating against granting any stake to India or an Indian entity in the ECT. They are supported by the left-nationalist Janata Vimukthi Peramuna (JVP), a section of Buddhist monks, and influential sections of the government. But President Gotabaya Rajapaksa has been keen on involving India in the Colombo port for economic as well as geo-political reasons.

Gotabaya feels that India’s interests should be served to maintain a balance in Sri Lanka’s relations with the two regional powers – India and China.

China has already been given the Hambantota port on a 99 year lease. A Chinese company runs the Colombo International Container Terminal (CICT) with an 85% stake. This has created tension in New Delhi.

The economic reason for wanting to involving India in the ECT project is that 66% of Colombo port’s business is accounted for by Indian transshipment. President Gotabaya is believed to be going along with Indian Foreign Minister S.Jaishankar’s contention that India has a natural interest in the development and security of Colombo port and therefore it could seek a presence in it.

The Sri Lankan Foreign Secretary Adm. Jayanath Colombage recognizes that Sri Lanka comes under India’s defense umbrella and that Sri Lanka should not pose a threat to India’s security. Alarm bells had gone off in Delhi when a Chinese submarine visited Sri Lanka in 2014 and docked in the Chinese-run terminal.

When President Gotabaya visited a village a few days ago, he disabused the village folk of the notion spread by the port unions, that 49% of the stake in the ECT will be given to India or to an Indian company. He clarified that there would be other investors beyond India and Japan. The President also told the people that the previous government (headed by  Ranil Wickremesinghe) had already signed a Memorandum of Cooperation with India and Japan on the ECT in 201I9 and that this bilateral agreement could not be annulled.