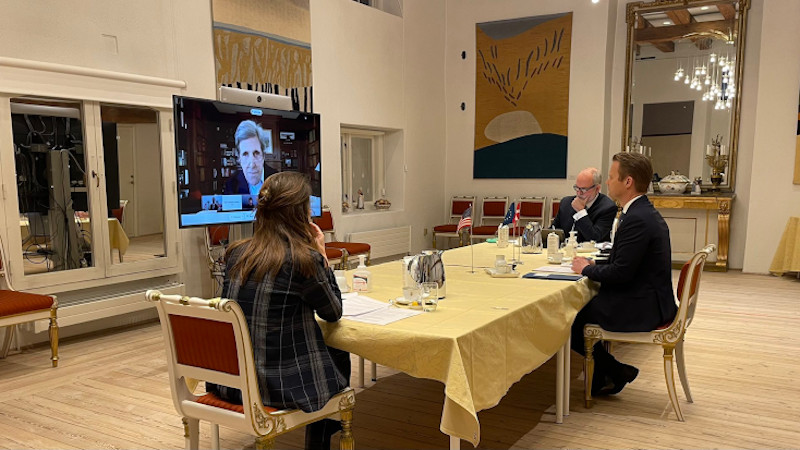 World leaders gathered virtually Monday for the Climate Adaption Summit, an online meeting hosted by the Netherlands with hopes of developing practical solutions and funding for dealing with climate change between now and 2030.

Representing the United States was former Secretary of State John Kerry, who has been appointed by President Joe Biden to be Washington’s new special climate envoy. Kerry told the group the Biden administration has made fighting climate change a top priority and said the U.S. is proud to be back as a leader on the issue.

“We have a president now, thank God, who leads, tells the truth and is seized by this issue,” Kerry said. “And President Biden knows that we have to mobilize in unprecedented ways to meet a challenge that is fast accelerating. And he knows we have limited time to get it under control.”

Kerry said that is the reason Biden immediately rejoined the Paris climate agreement that former U.S. President Donald Trump withdrew from formally last November. Trump originally announced the U.S. was pulling out of the agreement in 2017, but United Nations regulations prevented it from being official until November.

Biden rejoined the agreement on his first day in office. As secretary of state under former President Barack Obama in 2015, Kerry helped negotiate the original agreement, bringing China to the table at the U.N. climate conference in Paris.

The article Kerry Says US ‘Proud To Be Back’ In Paris Climate Agreement appeared first on Eurasia Review.