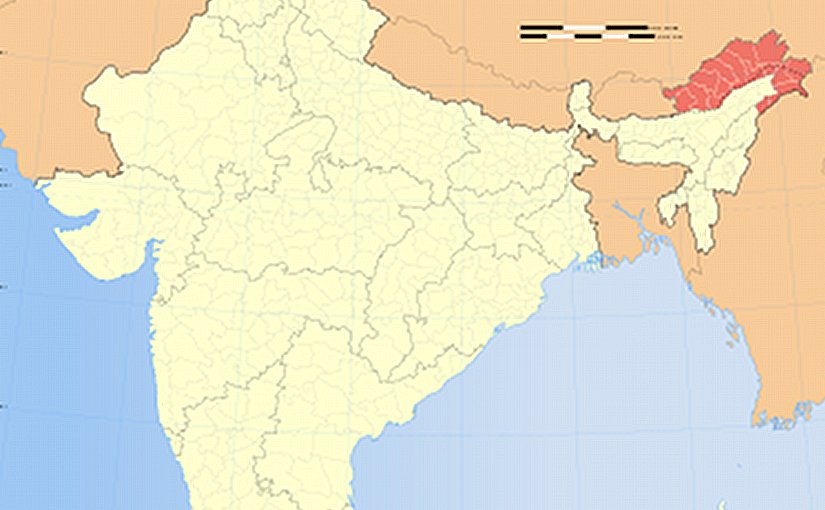 On January 20, 2021, militants released a video of two abducted employees, Pranab Kumar Gogoi and Ram Kumar, of Quippo Oil and Gas Infrastructure Limited, an oil drilling company, appeared, in which the duo appealed to the Chief Ministers of Assam and Bihar to secure their release. On December 21, 2020, the duo was abducted by the terrorists of the United Liberation Front of Asom-Independent (ULFA-I) and the Nationalist Socialist Council of Nagaland – Khaplang (NSCN-K), from the company’s drilling location in Diyun in the Changlang District of Arunachal Pradesh. The militants have demanded INR 200 million for their release.

Earlier, a January 4, 2021, report noted that the militants had threatened that they would target oil installations in the State, including Oil India’s installations.

Meanwhile, Arunachal Pradesh recorded 10 insurgency-related fatalities in 2020, as against 17 in 2019, registering a decline of 42 per cent. Six of the 10 fatalities resulted from one incident. On July 11, 2020, Security Forces, in a joint operation, killed six cadres of the Isak Muivah faction of NSCN (NSCN-IM) near Nginu in Longding District.

More importantly, civilian fatalities fell from 11 in 2019 to just one in 2020, clearly indicating a significant improvement in the security situation in the State.

Indeed, on October 1, 2020, the Union Government extended the disturbed area status in these three Districts for another six months. The notification read,

…Tirap, Changlang and Longding districts in Arunachal Pradesh and the areas falling within the jurisdiction of the following four police stations in other districts of Arunachal Pradesh, bordering the State of Assam, are declared as ‘disturbed area’ under Section 3 of the Armed Forces (Special Powers) Act, 1958, up to 31.03.2021 w.e.f. 01.10.2020, unless withdrawn earlier.

The four Police Stations included are Namsai and Mahadevpur in Namsai District; Roing in Lower Dibang Valley District; and Sunpura in Lohit District.

The insurgency in the state is mostly due to the ‘overflow’ from neighbouring States, as there are no currently active local insurgent groups in the State.

However, there are ethnic insecurities among ‘locals’ primarily due to a fear of loss of political dominance and socio-economic benefits. Three clear instances of such insecurities are – the local opposition to the demand for Permanent Resident Certificate (PRC) by six communities (Ahom, Deoris, Sonowal, Kacharis, Morans, Adivasis and Mishing) living in Lohit, Namsai and Changlang Districts of the State; the persistent objection of the local groups on giving citizenship to the Chakma and Hajong refuges settled in Arunachal Pradesh; and opposition by a section of the Yobin community on the renewal of lease agreement for ex-servicemen families (mostly Gorkha) settled in the Vijaynagar area of Changlang District and their participation in Panchayat elections.

CAA had been arbitrarily brought to accommodate the foreigners. Though Arunachal Pradesh has been exempted from the purview of CAA but we have to fight for our future generations.

Back in 2019, the enactment of CAA had led to protests in some pockets, despite the fact that the State was beyond the purview of the act.

Separately, on December 11, 2020, youths, led by the All Yobin Students Union (AYSU), created a disturbance in the Vijaynagar area of Changlang District. They set ablaze the Extra Assistant Commissioner’s office, Post Office, Special Bureau (SB) office, Subsidiary Intelligence Bureau (SIB) office and ransacked the Vijaynagar Police Station. The members of the Yobin community, led by AYSU, were angry at the Panchayati Raj provisions being extended to ‘ex-Assam Rifles personnel’ and other ‘outsiders’. Their demands included the removal of ‘outsiders’ from Vijaynagar as quickly as possible.

On July 29, 2020, the demand for two six schedule Autonomous Councils, in Mon and Patkai, was revived. The Mon Autonomous Region Demand Committee calling for tripartite talks to be initiated with the State and Union Government at the earliest, noted:

“the state legislative assembly has already adopted and resolved for creation of Mon Autonomous Council along with Patkai Autonomous Council way back in 2004 and forwarded the same to the Center. The demand, however, is still pending after a series of follow up action over the years.”

However, AAPSU is opposed to the creation of these councils. The student body issued a statement on July 30, 2020, underlining its concerns,

AAPSU’s assessment is based on a presumption that there will be overall development in the new council areas and preservation of culture and other rights of people living in these areas will be ensured. This would make people in other areas “feel deprived” and they “would also want to be part of such a new exercise”, which will open a Pandora Box, as the State is home to 26 major Tribes and 100 sub-tribes.

Sustained counter insurgency operations against Assam and Nagaland based militants in TLC areas are needed to end the menace. There is also a need to engage politically with the ethnic and student bodies leading various protests, so that their apprehensions are properly addressed and the potential for future trouble is contained.