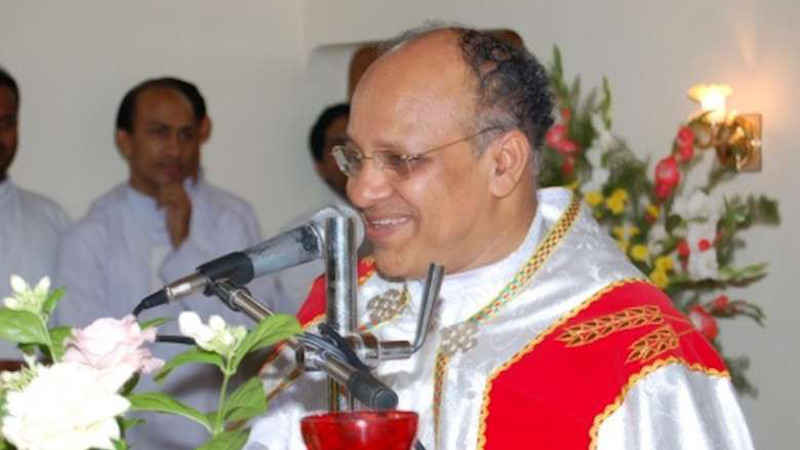 A Catholic bishop in southern India has courted controversy after he recommended a Catholic to the Communist Party of India (CPI) as a church-backed candidate for an election in Kerala.

The bishop also pledged Christians’ support for the party if it nominated Varghese for the Mannarkkad constituency.

Though it was a confidential letter, it was leaked to the media and exposed the bishop’s political leanings.

Political parties are preparing for an election in May to choose members of the 140-seat Kerala Legislative Assembly.

The bishop’s letter became controversial against the backdrop of political parties wooing voters from groups including religious communities.

“A bishop indeed has every right to choose his party, but interfering in the nomination of a political party with his recommendation is not appreciated,” Mathew Xavier, a Congress party supporter, told UCA News on Jan. 22, a day after the bishop’s letter was leaked to the media.

The bishop’s letter is seen as contrary to the publicly held stance of the Catholic Church, social media critics said, but Bishop Manathodath has not responded or explained what motivated him to take the rare step.

However, Kerala Catholic Bishops’ Council (KCBC) termed it as a personal stance of the bishop and not of the official Church.

“We maintain equal distance with all political parties,” Father Jacob Palakappilly, deputy general secretary of KCBC, told UCA News on Jan. 23. “We have been maintaining the same position and it will continue.”

Minority Christians are a decisive force in Kerala’s electoral politics, comprising 18 percent of the state’s population of 33 million. Muslims make up 26 percent, while Hindus form 54 percent.

Apart from left-wing parties, the secular front of the Congress party and the pro-Hindu Bharatiya Janata Party (BJP) are the main contenders in the upcoming election.

Christians have traditionally supported the Congress-led secular front. However, left-wing parties and the BJP are struggling to win Christians’ support.

Three pre-poll surveys have predicted a coalition of left-wing parties will retain power in Kerala.