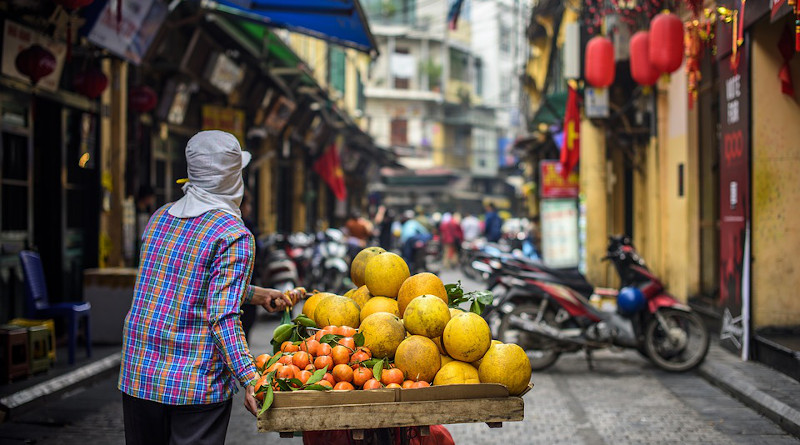 Vietnam was one of a handful of Asia-Pacific countries to eke out full-year growth in 2020, logging 1.6% in real GDP growth according to IMF data. Nevertheless, 2020 was very much an aberration for a fast-growing economy which has consistently averaged about 6-7% in real terms over the past decade. 2021 growth is forecasted to recover to pre-COVID-19 levels, but the question remains – how sustainable is Vietnam’s growth trajectory?

Most analysts expect the growth trajectory for Vietnam to continue. This will depend on some of the following factors. For one, Vietnam’s growth has been led mostly by the external sector; thus, its ability to maintain investor confidence will be key to maintaining its growth.

With the once-per-five-years National Party Congress underway in early 2021, clarity on who emerges from the internal power tussles as party chief (general secretary of the Communist Party of Vietnam) will be important for markets and investors alike. The least disruptive scenario is for incumbent party chief Nguyen Phu Trong to remain in charge while signaling a future leadership transition process. This could happen if the Politburo installs Trong’s protégé, Standing Member of the CPV Secretariat Tran Quoc Vuong, as president while current Prime Minister Nguyen Xuan Phuc stays on for second term, or if Phuc takes the president post. (This would effectively restore the “four pillar” leadership structure, i.e. the general secretary, prime minister, president, and chair of the national assembly).

A less stable scenario would be a changeover at the very top. Trong, at 76 years old (long past the traditional retirement age of 65 for politburo members and having a history of ailing health), could step down as general secretary and install his preferred successor Vuong. But this would likely precipitate a fragile peace with Vuong’s rival Phuc, and trigger more party infighting given resistance from Phuc’s pro-reform supporters.

The outcome of the power tussle is unlikely to change the general orientation of Vietnam’s pro-market and pro-investment policies, though leaving a pro-liberalization candidate like Phuc in-charge of the economically-focused PM role may hasten the pace of more pro-market policies like privatization of state-owned enterprises.

Vietnam has stood out in the region with its relatively successful containment of the pandemic. The government managed to keep the cumulative number of infections at one of the world’s lowest rates through strict quarantine rules and quick contact-tracing measures. With the pandemic situation still evolving, continued containment of the virus will be important for minimizing disruption to businesses, especially the booming export-sector, and also maintaining confidence among foreign investors.

Pending the successful rollout of its vaccination program, domestic tourism numbers should start to rise in Vietnam, and this may also extend to inbound international tourism, subject to unpredictable travel arrangements. Services makes up about a third of Vietnam’s GDP, and inbound tourism is a key driver.

Vietnam will continue to remain attractive given its low wages and rents, a trend that began in the last decade as low-end manufacturing moved out of China due to rising costs there. In recent years, Vietnam has also boosted its attractiveness through trade liberalization, i.e. the signing of trade deals with major markets like the recently concluded RCEP and UK-Vietnam FTA, and by riding on the “China plus one” trend of firms relocating out of China and into alternative production bases like Vietnam to diversify supply chains.

Looking ahead, Vietnam’s ability to absorb investor demand in fast-growing export sectors, especially in the electronics sector (Vietnam’s largest export category), will hinge on several factors. First, Vietnam is experiencing a shortage of skilled local IT talent and needs to deepen its labor market quickly. Second, it also needs to increase the pool of local suppliers and reduce reliance on imports of parts from China. Third, infrastructure improvements need to be planned, funded, and implemented speedily, such as a new airport in Ho Chi Minh city. This will have to be complemented by a modern logistics sector, which again needs to solve local capacity issues rather than be dominated by foreign logistics players.

The article How Does Vietnam Maintain Its Growth Momentum In 2021? – Analysis appeared first on Eurasia Review.