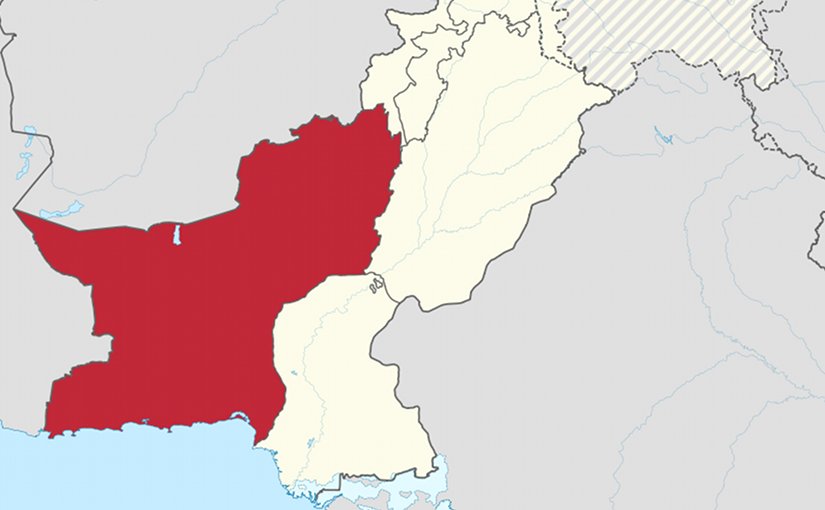 The news of Pakistani authorities taking away mortal remains of a deceased Balochi lady dissident living in self-exile abroad that had been brought back to her native place for burial may scandalise many, but not the people of Balochistan. Growing up seeing how innocent people who are brazenly abducted by Pakistani security forces either disappearing for good or resurfacing as battered corpses dumped by roadsides or buried in unmarked graves has inured them to tragedies of all sorts. So, being persecuted by the state and abandoned by the international community, for Balochis, there’s nothing unusual about the corpse of one of their own being ‘abducted’ by Pakistan’s security forces!

The ‘abducted’ corpse was that of Karima Baloch and this incident is the latest manifestation of Pakistan’s institutionalised persecution of Balochis. Resident of Tump in Kech district of Balochistan, 37-year-old Karmia was a vocal critic of Pakistani army’s repulsive “abduct, kill and dump” policy in Balochistan. Though a peaceful campaigner, she was forced into self-exile in 2015, after authorities filed fabricated terrorism charges against her. After moving to Canada, Karima continued her campaign against the brutal and illegal methods being used by Pakistani security forces to intimidate Balochis.

Karima’s death aroused suspicions for more than one reason. Firstly, though she had drowned, there was no reason for this strong-willed activist to have committed suicide; nor was she so immature as to indulge in any puerile act of bravado that could result in accidental drowning. Secondly, by tweeting that it was “aware of heightened community and media interest surrounding a missing person [Karima Baloch] investigation,” Toronto Police Service has unwittingly admitted that there were reasonable grounds to suspect foul play-because if it was an accidental death or suicide, there wouldn’t have been any “heightened community and media interest” in this case.

However, Toronto Police arriving at the conclusion that it was “a non-criminal death” and that “no foul play is suspected” within just a few hours of Karima’s dead body being discovered, clearly indicates an inexplicable haste to ‘close’ the case. Moreover, since “non-criminal” death perse implies that “no foul play is suspected,” where was the need for Toronto Police to take the trouble of repeating the obvious?

Karima’s name being included in BBC’s 2016 list of ‘100 most inspirational women’ clearly indicates that her voice against Pakistan army’s oppression in Balochistan resonated across the globe. To make matters even more embarrassing for both Islamabad and Rawalpindi, Karima had in 2016, sent a message to Pakistani establishment’s latest bete noire Indian Prime Minister Narendra Modi saying, “We appeal to you that as our brother, you speak about the genocide and war crimes in Baloch on international forums and become the voice of the sisters of Baloch. We will fight this on our own, we just want you to become the voice of our struggle.”

So, one doesn’t have to be Sherlock Holmes to deduce that those being pilloried by Karima would like her voice to be silenced. Ottawa would have certainly been aware of her increased vulnerability, especially after the dead body of another Balochi dissident journalist named Sajid Hussain living in self-exile in Sweden was fished out of a canal in March 2020, but surprisingly, no security was provided to Karima. So, could the overplay of words by Toronto Police to emphatically rule out foul play in Karima’s death be indicative of an attempt at concealing Ottawa’s humungous failure to protect the life of a dissident, who after fleeing her homeland to escape political persecution and possible extermination, was sanguine that she would be safe in Canada?

Changing tracks, let’s for the sake of discussion accept verdict of Toronto Police that there was no foul play in Karima’s death. So, if it was really a case of a suicide or an accident, then what explains the edgy behaviour of Pakistani authorities in not allowing relatives of Karima to receive her mortal remains at Karachi airport? Why was her body initially taken away in an ambulance duly escorted by Pakistan army vehicles and thereafter returned to her relatives hours later? Lastly, if there was really no involvement of Pakistan’s deep state in her death, then why was curfew imposed in her home town and mobile services snapped for the duration of her funeral?

The case of Sajid Hussain and Karima Baloch have many similarities. Firstly, both victims were vocal critics of ongoing extra judicial killings and human rights violations by Pakistani security forces in Balochistan. Secondly, both were falsely framed on terrorism related charges, forcing them to flee Balochistan and seek asylum abroad. Thirdly, while in self-imposed exile, both continued exposing Pakistan army’s excesses in Balochistan. Fourthly, both refused to be cowed down by threats and ended up dying by drowning [?]. Fifthly, both ‘drowned’ when they were alone and what’s even more surprising is that there were no eyewitnesses!

Lastly [and most importantly], while the police categorically ruled out foul play in both cases, it failed to give any convincing reasons to substantiate the suicide or accident theories! So, if either or both the deceased had decided to commit suicide, then why did they take the trouble to go into the countryside to end their lives? Next, if both were unfortunate victims of an accident, then what explains Sajid going picnicking to a canal when he had gone to Upsala for picking up keys of his new apartment in which he was due to shift shortly alongwith his wife? Similarly, how could Karima ‘accidentally’ drown in waist-deep water and that too at a place she regularly frequented, especially as this spot has security railings to prevent any accidental fall into the water?

Too many questions remain unanswered, but thanks to Toronto Police having determined that Karima Baloch’s death was “non-criminal” and that “no foul play is suspected,” one can sleep blissfully without suffering pangs of a guilt-ridden conscience.

The article Balochistan: Where Even The Dead Are ‘Abducted’ – OpEd appeared first on Eurasia Review.