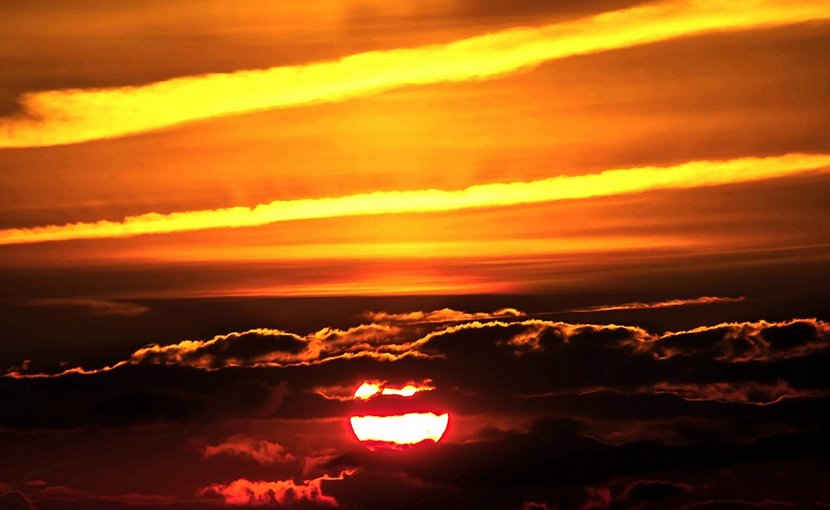 Airlines could save fuel and reduce emissions on transatlantic flights by hitching a better ride on the jet stream, new research has shown.

Scientists at the University of Reading have found that commercial flights between New York and London last winter could have used up to 16% less fuel if they had made better use of the fast-moving winds at altitude.

New satellites will soon allow transatlantic flights to be tracked more accurately while remaining a safe distance apart. This opportunity could allow aircraft to be more flexible in their flight paths, in order to more accurately follow favourable tailwinds and avoid headwinds, offering the aviation sector a cheaper and more immediate way of cutting emissions than through advances in technology.

Cathie Wells, a PhD researcher in mathematics at the University of Reading and lead author of the research, said: “Current transatlantic flight paths mean aircraft are burning more fuel and emitting more carbon dioxide than they need to.

“Although winds are taken into account to some degree when planning routes, considerations such as reducing the total cost of operating the flight are currently given a higher priority than minimising the fuel burn and pollution.”

Professor Paul Williams, an atmospheric scientist at the University of Reading and co-author of the new study, said: “Upgrading to more efficient aircraft or switching to biofuels or batteries could lower emissions significantly, but will be costly and may take decades to achieve.

“Simple tweaks to flight paths are far cheaper and can offer benefits immediately. This is important, because lower emissions from aviation are urgently needed to reduce the future impacts of climate change.”

The new study, published today in Environmental Research Letters, analysed around 35,000 flights in both directions between New York and London from 1 December 2019 to 29 February 2020. The team compared the fuel used during these flights with the quickest route that would have been possible at the time by flying into or around the eastward jet stream air currents.

The scientists found that taking better advantage of the winds would have saved around 200 kilometres worth of fuel per flight on average, adding up to a total reduction of 6.7 million kilograms of carbon dioxide emissions across the winter period. The average fuel saving per flight was 1.7% when flying west to New York and 2.5% when flying east to London.

Aviation is currently responsible for around 2.4% of all human-caused carbon emissions, and this figure is growing. The International Civil Aviation Organisation (ICAO) and countries around the world have responded by establishing policies to improve the fuel efficiency of international flights or offset emissions, but most of this action relies on technological advances and is therefore costly and slow to implement.

Climate change is likely to have a big impact on air travel, with previous Reading research showing flights will encounter two or three times more severe clear-air turbulence if emissions are not cut.

The article Aircraft Could Cut Emissions By Better Surfing The Wind appeared first on Eurasia Review.