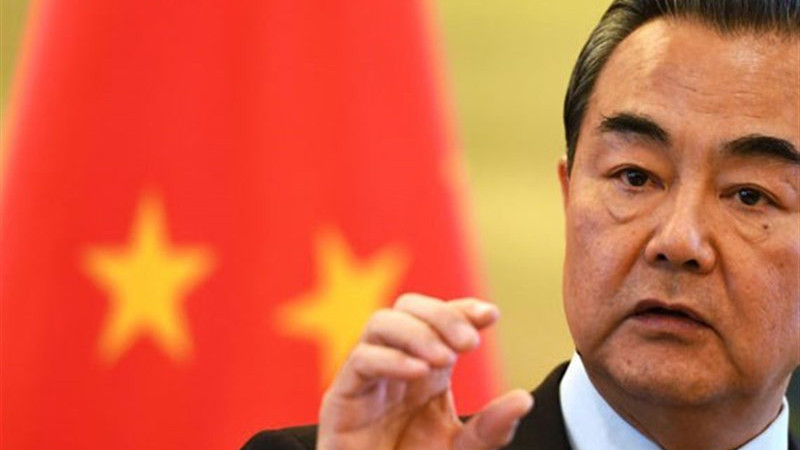 Though China has been in news because of host of issues with several countries, the outbreak of the coronavirus (Covid-19) in Wuhan that swept the world like wildfire considerably dented China’s international image. China went on an overdrive engaging its diplomats around the world to activate their Wolf Warrior diplomacy. Amid these developments, Indian media either downplayed or missed completely to mention Chinese Foreign Minister Wang Yi’s visit to Tokyo in November 2020, the significance of which in the region’s strategic context cannot be underestimated. It was the first time since March, when the novel coronavirus began to spread extensively in Japan, that a high-ranking Chinese official visited the country.

Earlier, Chinese President Xi Jinping’s visit to Japan as a state guest initially planned for 6-10 April was postponed due to the spread of Covid-19 and now unlikely to be rescheduled before the Tokyo Games ends (1). That time, the two countries agreed to call off the visit and decided to focus on fighting the Covid-19. The last state visit by a Chinese president was by Hu Jintao in 2008. In April, both the countries were working to define a new era in bilateral ties and sign a major political document, the fifth of its kind since the normalization of diplomatic relations in 1972. The Covid-19 then played the spoilsport.

Though China was heavily criticized because of its inapt way of handling and delayed sharing the information with the world, and tried to influence the World Health Organization for an opinion in its favour, it annoyed many countries, and in the process damaged economic ties with many of its trade partners. Many Japanese, South Korean, American and European companies started relocating their production bases either to their home countries or nearby overseas countries such as Bangladesh, India, Thailand and Vietnam. When Australia, its biggest trading partner demanded inquiry of the virus’ origin, China launched measures against Australian goods only to provoke Canberra to adopt countermeasures, thereby turning bilateral ties ugly.

Against this background, how was Wang Yi’s visit to Japan important and what Beijing wanted to get out of the visit? The timing of the visit is significant as it came against the backdrop of the US elections. Also tensions between Japan and China over the Senkaku islands were making bilateral ties complicated. The maritime dispute over the East China Sea isles called Senkaku in Japan and Diaoyu in China remains unresolved. Taiwan also claims the islets, calling them Tiaoyutai.

Also, there was a new leader at the helm after Japan’s longest serving Prime Minister Abe Shinzo had stepped down in September on health ground and Beijing decided to reach out to Tokyo before Yoshihide Suga, Japan’s new Prime Minister, tries to reach out to Japan’s main strategic ally, the United States, and before Joe Biden administration takes over. Beijing’s objective could have been to discourage Suga not to get too cosy with the Biden administration, ignoring the fact that Japan has a robust security relationship with the US and enjoys the nuclear umbrella provided by the US for its security. Beijing also could not have overlooked that the four-nation grouping, the Quad, between Japan, India, the United States and Australia, which Beijing sees as a China-containment strategy, has acquired stronger teeth. The expansion of the Malabar naval exercises by including Australia into the fold was another worry for Beijing.

Beijing had also opened another front by having a border stand-off with India. Wang Yi probably also wanted to assess Tokyo’s mood and indirectly warn that ignoring Beijing’s interest by aligning with other nations could be detrimental to its own interests. Moreover the trade war with the US was already hurting its economic interest and Beijing wanted to have a working relationship and not a hostile one with its neighbor, whose economic weight in the world Beijing could not afford to overlook. From its side, Japan too was keen to improve relations with China as tensions on any account could hurt both.

But what Tokyo found that Beijing is always a difficult customer as Yi raised the Chinese claims over the Senkakus during a press conference with Japanese Foreign Minister Toshimitsu Motegi. Yi too objected that only government boats but not fishing boats be allowed to sail near the Senkakus. Tokyo which controls the islands was not expected to accept this demand.

Like Chinese claims and incursions into waters of other nations’ territorial waters in the South China Sea, Beijing too is embroiled in territorial disputes over Senkaku islands which are controlled by Japan. China routinely sends coast guard ships near the Senkakus, which sits in rich fishing grounds and possibly on large oil and gas deposits. Every time it happens, Japan also routinely protests. Japan brought the islands under state control in 2012, purchasing three of them from a private owner.

In July 2020 Chinese ships sailed near the Senkakus and stayed for 100 days, straining ties with Japan. Beijing also feels uncomfortable that Japan signed a major defence sharing agreement with India in September, the last such decision taken by Abe before handing over power to Suga, and also reached a broad agreement on a military pact with Australia in November when Australian Prime Minister Scott Morrison visited Japan. Beijing might take some comfort that both Japan and China are members of the Regional Comprehensive Economic Partnership (RCEP), seen as China-driven, and Tokyo resurrecting the Trans-Pacific Partnership (TPP) after US President Donald Trump walked away in the new form as the Comprehensive and Progressive Agreement for Trans-Pacific Partnership (CPTPP). The US is not in the RCEP grouping, the mega trade pact.

However, not much can be expected from Yi’s visit and Japan-China ties shall remain problematic as Beijing does not seem to be yielding space whatsoever on any of stances or has shown any inclination to do so (2). Wang Yi too visited Seoul after Japan with similar objectives and to send a message that Seoul should not put all its eggs in the US basket. Interestingly, despite Japan-South Korea ties turning frosty recently over a host of issues, Japan still cannot afford to do away with South Korea as the North Korean threat is common to both and Japan needs Seoul’s cooperation to repatriate Japanese citizens abducted by North Korea in the 1970s and 1980s.

In a scathing attack on Suga and Motegi for remaining silent during the press conference when Wang “unabashedly asserted that the Senkaku Islands are China’s sovereign territory and that Japanese fishing vessels should stay clear of the area”, Sankei Shimbun warned in an editorial that Japan should not be fooled by Wang’s “sweet talks” (3). The editorial was not impressed by Motegi’s observations that the agreement on reciprocal resumption of trips by business travelers as “substantive,” was certainly not cause for joy and inconsistent with Japan’s promise to work with the United States, Australia and India to guarantee a “free and open Indo-Pacific region” (4). The paper expected that Motegi and Suga should have “clearly conveyed the outrage and concern of Japan and the international community concerning various forms of questionable Chinese behavior, and that they “neglected the opportunity to get China to reflect upon and reconsider its behavior”. The editorial went further, observing that majority of Japanese citizens is concerned about Chinese behavior and that “unless such concerns are addressed, a visit to Japan by China’s President Xi Jinping will also remain unacceptable” (5).

The truism is that China’s rise looks like unstoppable and the world needs to devise means and ways to live with this reality. So, notwithstanding Sankei editorial’s skepticism, Suga and Motegi seemed to be more pragmatic and realized that they needed to “to balance Japan’s deep economic reliance on China with security concerns, including Beijing’s claims over the disputed isles that are controlled by Japan” (6). The fact that Suga has deepened ties with Australia by signing a military agreement and choose Vietnam and Indonesia for his first overseas visit after assuming office and stayed away from Trump’s anti-China rhetoric could please Beijing.

While Suga has steered clear of the harsh anti-China rhetoric used by Japan’s ally the United States, he has moved to counter its influence by deepening ties with Australia. China being Japan’s largest trading partner, Suga probably felt that by aligning with China despite a host of issues with it could help him in his drive to revitalise Japan’s economy, which is why travel for business travellers and those residing in each country, which were restricted due to coronavirus pandemic were agreed upon. Both sides also agreed to create an arrangement on how talks can start towards the abolition of import restrictions on Fukushima-grown food products and other goods. However, if China talks of making the East China Sea the sea of peace, friendship and cooperation, as Wang did while in Tokyo, Tokyo would be too naive to believe and could falls into Beijing’s trap if it accepts Wang’s version.

Though both sides agreed on a maritime and air communication mechanism in 2018 to avoid an accidental clash, a military hotline, a key element of the scheme, is yet to be set up. This time they agreed to establish the hotline between their respective defence authorities before the end of 2020 (7). It remains to be seen if this is possible.

What is the public perception in Japan about what kind of relations the country should have with China given the history behind them? Most opinion surveys show mixed feeling.  According to a survey by the think tank Genron NPO, those that said that their impression of China is “not good” went up compared to last year, to nearly 90%. However, 60% of people surveyed by Genron NPO recognized the importance of maintaining economic cooperation with China as it was felt necessary for Japan’s future. At the same time, about of respondents opined that Japan should refrain from taking sides in the US-China conflict but needed to work to advance world cooperation (8).

Unlike the tough position taken by Sankei Shimbun, the editorial in Mainichi Shimbun was more balanced. While the editorial admitted that “solving issues pertaining to questions of territory can be difficult, but it is possible to mitigate friction” (9). When Wang sought that both China and Japan avoid moves that would complicate the territorial issue, the editorial hoped that “China will take the lead” (10). If China is serious in creating a favourable world opinion for itself, it needs to ponder over seriously and practice some self-restraint on matters such as its maritime expansion and human rights. The plethora of free trade arrangement and multilateral international cooperation that exist between countries are based on universally accepted rules and member nations with differing values can coexist with one another if they abide by such rules. The future of Japan-China relations deserves to be seen from this perspective.