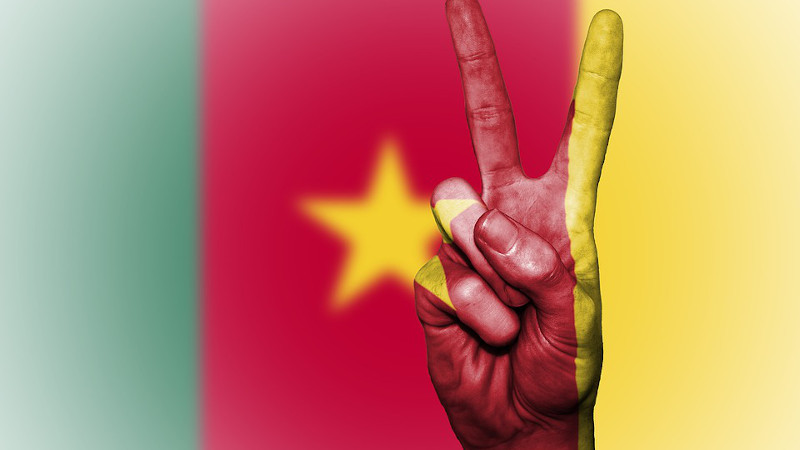 In Cameroon, thousands of Muslims are joining Christians in churches all over the country in Christmas prayers for peace in 2021. For the annual tradition this year, the Inter-Denominational Prayer for Peace group focused on Cameroon’s troubled western regions and COVID-19.

Muslims in Cameroon joined together with Christians Friday to celebrate Christmas and offer an annual prayer for peace.

Cheikh Oumarou Mallam is president of the Islamic Superior Council of Cameroon and a member of the Inter-Denominational Prayer for Peace group.

This year, he says, they prayed for an end to COVID-19 and peace on the border with Nigeria, where security forces have been battling the Islamist militant group Boko Haram for close to 10 years.

Mallam says they prayed especially for an end to the separatist conflict in Cameroon’s western regions, which has left more than 3,000 people dead and displaced hundreds of thousands.

“Be loyal to your country,” Mallam said. “Compete for goodness through social work and community service to enhance people’s lives and improve the progress of the society.  Let us be united building our nation.  Let us be united for peace, safety, security, unity, reconciliation and prosperity.”

Anglophone rebels have been fighting in the western regions since 2016 to carve out an independent state from Cameroon’s French-speaking majority.

The separatists have destroyed symbols of the state, such as schools and bridges, as well as mosques and churches.

He spoke by telephone from the northwestern town of Bamenda, the capital of the troubled region.

“If there is any Cameroonian who has not learnt from the 4-year war{separatist crisis} that might, force, violence does not, will not, cannot and should not be able to solve the problem, then I wonder if that person will ever learn,” Mbui said. “What is going on is horrendous and therefore justice and peace should be the message that all of us should talk about.  We have everything to gain in peace than in war.”

Christmas songs play on the speakers at the Our Lady of Victories Metropolitan Cathedral in Cameroon’s capital, Yaoundé.

Far from the separatist conflict, the focus is on another battle – to defeat COVID-19.

Cameroon instructed churches to guard against the spread of COVID-19 during Christmas day activities.

To fight the spread of the virus, Cameroon’s churches are holding multiple Christmas day services.

Church usher Christian Olinga says they are also limiting access to the cathedral.

He says the catholic church asked him to make sure the government’s instructions are respected – no one will be granted access to the cathedral without a face mask.  Olinga says worshipers and guests must sit two meters from each other and there are enough hand washing basins and sanitizers in the church.

Cameroon has confirmed nearly 26,000 cases of COVID-19 and more than 400 deaths since the first case in March.

A surge of more than 2,000 new infections this month raised concern that holiday gatherings could see numbers increase further.

Meanwhile, Cameroon’s Muslims and Christians are praying for a healthy and peaceful new year.