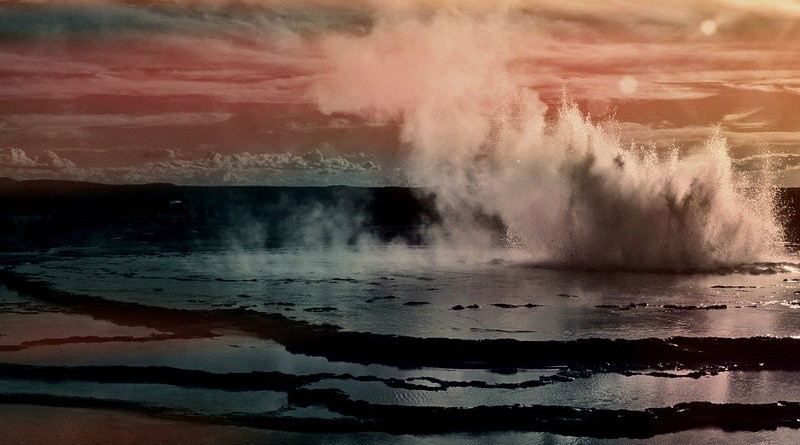 To the surprise of most Americans, and the consternation of many in the “mainstream” media, Vice President Mike Pence highlighted the Trump Administration’s environmental record during the recent VP debate. Citing the President’s signing of the historic bill, Mr. Pence lauded the Great American Outdoors Act (GAOA) as “the largest investment in our public lands and public parks in 100 years.”

The Associated Press said the GAOA is the “most significant conservation legislation enacted in nearly half a century.” The National Parks Conservation Association called it “a conservationist’s dream.”

Harvard Business School professor Linda Bilmes agreed, calling the GAOA “the biggest land conservation legislation in a generation.” Bilmes, who served as Assistant Secretary of Commerce in the Clinton Administration, marveled that the Trump Administration won broad bipartisan support in a polarized Congress, after the President reevaluated his own stance on this groundbreaking environmental and conservationist initiative.

Bilmes explained that the new law has two major effects. First, the new National Park and Public Lands Legacy Restoration Fund will provide up to $9 billion over the next five years to address deferred maintenance issues in national parks, wildlife refuges, forests and other federal areas, with $6.5 billion earmarked specifically to the 419 National Park units. Second, the GAOA guarantees the statutory maximum of $900 million per year in perpetuity for the Land and Water Conservation Fund (LWCF).

Bilmes explained that Congress has been stingy with parks funding, despite a doubling of annual park visitors since 1980 (excluding the COVID-marred 2020 season). Thanks to the GAOA, the $12 billion backlog of maintenance to repair roads, trails, campgrounds, monuments, fire safety, utilities and visitor center infrastructure will finally be addressed. Similarly, the LWCF, established in 1964 with an annual maximum authorization level of $900 million, has typically received less than half of that amount.

The flagship LWCF conservation program is paid for with royalty payments from offshore oil and gas production in federal waters. It helps fund the National Park Service, U.S. Forest Service, Fish and Wildlife Service, and Bureau of Land Management. It also provides grants to state and local governments to acquire land for recreation and conservation. Yet many self-described environmental advocates want to shut down offshore oil activities.

An early beneficiary of the GAOA is the state of California, which will benefit from GAOA funding that provides the 50% federal share of a new program aimed at reducing wildfire risks. Both California and the U.S. Forest Service will treat at least half a million acres of forest land per year under a 20-year plan for forest health and vegetation – by reducing the fuel buildups that lead to monstrous conflagrations.

The Agreement for Shared Stewardship of California’s Forest and Rangelands, lauded by President Trump and California Governor Gavin Newsom, is a joint state-federal initiative to reduce wildfire risks, restore watersheds, and protect habitat and biological diversity. Sadly, Congressional bickering delayed its passage such that it came too late to help mitigate this summer’s wildfires, which caused major damage to endangered and threatened species and their habitat in California and other Western states.

Bilmes credited the strong bipartisan support (3 to 1 margins in both houses of Congress) to the political and economic consequences of the COVID-19 pandemic. She noted that in normal years park visitor spending contributes about $40 billion to the U.S. economy and supports nearly 350,000 jobs. The GAOA will give a huge shot in the arm to communities struggling due to the loss of tourism-related jobs and income, by creating over 108,000 new jobs for repairing park infrastructure, including lodges, trails, access roads and bridges in the adjacent communities.

Bilmes estimates that the American people value national park land, waters and programs at $92 billion per year – at least 30 times the annual budget they receive from Congress. Yet, like many critics of other Trump land management decisions, she fails to appreciate that reopening small sections of public lands with lower aesthetic value to income producing activities will provide the revenue needed to pay for the increased budgets for these national treasures.

Similarly, cutbacks in offshore oil and gas activities would drastically shrink the very federal revenues needed to pay $900 million per year to the LWCF, to support federal land management programs.

Critics of Trump policies also ignore the fact that the United States is reducing carbon dioxide emissions at an annual rate of more than 2% and has lowered emissions of criteria pollutants by 7% since the beginning of 2017, primarily because fracking is producing low-cost natural gas to replace coal in generating electricity, Mr. Pence pointed out during his debate.

Reducing wildfire infernos is another excellent way to reduce CO2 emissions, as well as real pollution like smoke and fine particulates (soot). Emissions from these forest fires are astronomical and can travel hundreds or even thousands of miles from the fires.

Reflecting the President’s view that parks are for the people, the Vice President also lauded the Interior Department’s opening of over 4 million acres of Fish and Wildlife Service lands for hunting and fishing, and relocating the Bureau of Land Management headquarters to Grand Junction, CO, much closer to the vast majority of the vast federal lands it administers, nearly all in the western states.

Lastly, Pence cited the Modern Fish Act, signed in January 2019, which for the first time in federal law recognizes the differences between recreational and commercial saltwater fishing. The act also adds more appropriate management tools for policymakers to use in managing diverse federal recreational fisheries.

Despite the bipartisan nature of these major accomplishments, and their importance to America and its magnificent natural heritage, media coverage of the GAOA signing made it quite clear that mainstream reporters were loath to give any credit to President Trump. That’s sad but not unexpected.

Whether acquiring more and more federal land is a good thing, in view of the often less than stellar way existing landholdings have been managed in recent years, only time will tell. But these new laws and joint federal-state-local-tribal land management initiatives are a solid step in the right direction.

* Duggan Flanakin is Director of Policy Research at the Committee For A Constructive Tomorrow (www.CFACT.org)