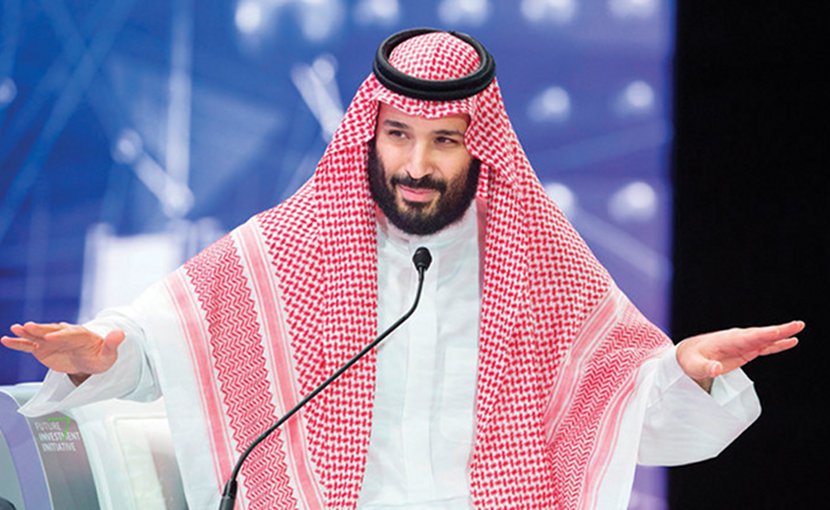 Saudi Arabia has taken multiple steps to polish its tarnished image in advance of this past weekend’s hosting of the virtual summit of the G20 that groups the world’s foremost economies and in anticipation of an incoming Biden administration in the United States that is expected to be critical of Riyadh and potentially more conciliatory towards Iran and non-violent Islamists.

The initiatives target US and European criticism of the five-year old war in Yemen that has produced one of the world’s greatest humanitarian crises and concerns the Biden administration may adopt less Saudi and United Arab Emirates-centric policies than its predecessor headed by Donald J. Trump.

The steps further seek to project Saudi Arabia as being helpful in normalizing relations between Israel and the Muslim world even if it is not yet ready to do so itself and build links with Democrats in Washington as they prepare to take office in January.

Like other countries that fear a Biden administration may be less friendly than its predecessor, Saudi Arabia is looking for Washington PR and lobbying firms that can get it access to the president-elect and his entourage.

Saudi officials and Saudis close to Crown Prince Mohmmed bin Salman are counting on the fact that despite criticism US President-elect Joe Biden sees Saudi Arabia in line with long-standing US policy as a crucial partner. “I am very confident that will continue,” said Finance Minister Mohammed Al-Jadaan.

The kingdom, betting that the Biden administration would accept that Saudi Arabia as the custodian of Islam’s two holiest cities, Mecca and Medina, would recognize Israel only once recognition was more widely accepted in the Muslim world, has sought to curry favour by pressuring others to normalize relations with the Jewish state.

Pakistan Prime Minister Imran Khan charged last week that the United States and another unidentified country were pressing him to establish diplomatic relations. Pakistani and Israeli media named Saudi Arabia as the unidentified country. Representing the world’s third most populous Muslim nation, Pakistani recognition, following in the footsteps of the UAE and Bahrain, would be significant.

Missing from the Saudi menu is any effort to fend off criticism of the kingdom’s problematic human rights record. In fact, senior Saudi figures signalled that the kingdom was unlikely to bow to demands for the release of detained activists, clerics, and professionals and transparency on the 2018 killing of journalist Jamal Khashoggi in response to Mr. Biden’s insistence that he would restore human rights as an important element of US foreign policy.

Former Saudi intelligence chief and ambassador to London and Washington Prince Turki Al Faisal suggested that the absence of human rights in the kingdom’s efforts was no coincidence.

Addressing an American audience this week, Prince Turki said: “As far as human rights is concerned, we admit that we have issues to improve and we’re working on that. It is a work in progress. But respectfully, your country also has issues of human rights to improve upon. Witness the turmoil during your elections and the police shootings. We did not…invent waterboarding. Your issues are also a work in progress… Your elections are a wonderful spectacle from which we can learn. They also include elements which we will not learn.”

To drive the point home, a Saudi human rights group asserted this week that Khaled al-Oudeh, a brother of prominent cleric Salman al-Oudeh, who has been held in prison since 2017 and potentially faces the death penalty, had been sentenced to five years in prison on charges of “inciting sedition and destabilising security.”

The Saudi Council of Senior Scholars last week, in the first official statement from the kingdom since Saudi Arabia and the UAE banned the group in 2014, labelled the Muslim Brotherhood a terrorist organization. The council said the group did not represent Islam, seeks “to grab the reins of power,” wreaks havoc, and commits “violence and terrorism.”

The council’s statement came as France and Austria were cracking down on Islamist groups, including the Brotherhood. The crackdown was in response to several attacks in Europe, including the gruesome murder of a French schoolteacher.

The statement, implicitly calling into question Saudi Arabia’s alliance in the Yemen war with Al-Islah, a Yemeni party aligned with the Brotherhood, came as the kingdom said it would honour a ceasefire if the Houthi rebels accepted a buffer zone along the Saudi-Yemeni border. The offer was designed to show that the kingdom was seeking a way out of the quagmire.

At the same time, Saudi authorities have stopped just short of blaming the Brotherhood for recent attacks on the French consulate in Jeddah, the Saudi embassy in The Hague and a French-sponsored World War One commemoration at a cemetery in the Red Sea port city, the first attack with explosives in years targeting foreigners in the kingdom.

The kingdom and the UAE fear that “Democrats can (re)create an atmosphere that enables the rise of the Brotherhood in the Sunni world like a decade ago. This is, in my view, what they see as a threat similar to the threat from Iran, if not a bigger one,” said Eran Segal, a research fellow at the Ezri Center for Iran & Gulf States research at the University of Haifa.

Mr. Segal was referring to former US President Barak Obama’s support for elections in Egypt and Tunisia in 2012 in the wake of the 2011 popular revolt that toppled Egyptian President Hosni Mubarak and his Tunisian counterpart, Zine El Abidine Ben Ali, longstanding US allies, despite the likelihood of Brotherhood electoral victories.

In Egypt, the victor, Mohammed Morsi, a Brotherhood leader, was removed from the presidency a year later in a UAE and Saudi-backed military coup that brought general-turned-president Abdel Fattah Al-Sisi to power.

Saudi Arabia’s G-20 presidency has sparked discussion on what the best approach to the kingdom would be: criticism and boycott or engagement. It is a debate that also confronts the incoming Biden administration.

The mayors of London, New York, Los Angeles, and Paris boycotted in September a G20 summit of urban leaders. Members of the European parliament and the US Congress have called on European leaders and Mr. Trump to not participate in this weekend’s summit.

It is an approach that David Rundell a US foreign service officer who served half of his 30-year career in the kingdom argues is doomed to failure. “Saudi Arabia needs encouragement for its economic reforms as well as in addressing its human rights record,” Mr. Rundell said, advocating greater engagement with rather than isolation of the kingdom.