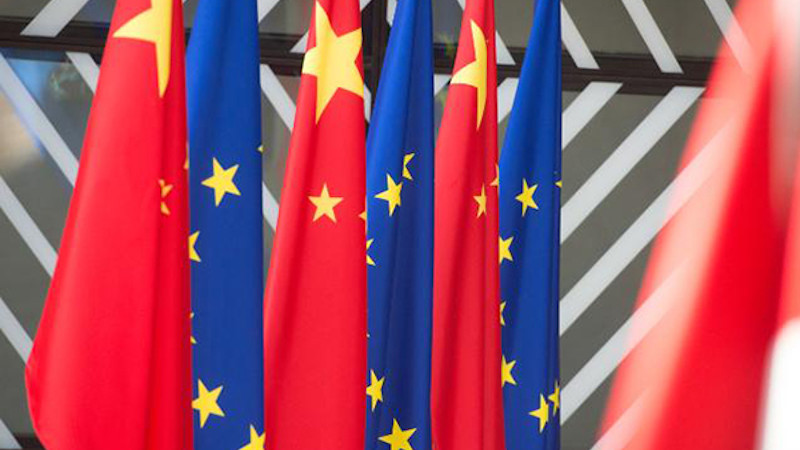 By Shiro Armstrong and Evgeniia Shannon*

On 30 December 2020, all 27 EU member states agreed to the Comprehensive Agreement on Investment (CAI) with China after seven years of negotiation. The deal should bring new market opportunities and protections to European investors in China and boost China’s reforms. Both China and Europe should benefit from better access to capital, while technology, market links and competition bring impetus to growth. Chinese investors are likely to find more certainty in Europe as much of the industrial world becomes more restrictive towards Chinese investment.

This agreement shows that commitment to investment and services liberalisation and protection for Western companies in China is possible beyond China’s WTO obligations. It also shows that China can commit to disciplines on state-owned enterprises, transparency in subsidies and labour and environmental standards that many previously thought were negotiating non-starters.

Under the CAI, European investors will no longer be required to form joint ventures to invest in some Chinese industries, although they may still choose to do so. China agreed to open investment access to European manufacturing in electric cars, chemicals, telecoms equipment and health equipment with most favoured nation treatment and national treatment obligations. For investment in services, China removed some equity caps and minimum capital requirements and lifted previous investment bans. China also bound its current market access across various sectors, including cloud, financial and environmental services, private healthcare, international maritime transport and air transport-related services. European businesses also gain access to China’s standard setting bodies.

The CAI is being portrayed in Western media as a strategic victory for China over a naive, desperate Europe in the lead up to US President-elect Joe Biden’s inauguration. Europe’s leaders, critics argue, are limiting options for the Biden administration and giving too many concessions to China with little hope it will honour its commitments.

Trust in China is at a low ebb in many Western countries after its recent trade sanctions against Australia. China’s scale combined with its economic governance structures put pressure on the global trading system.

China’s economy is already larger than the United States’ in purchasing power terms and closing in rapidly in market exchange rate terms. The new Chinese growth momentum is a testament to how China handled COVID-19 domestically.

Major powers have a tendency to act outside of their treaty commitments in defiance of international rules when it suits them. All of East Asia and Europe locking China into rules and enmeshing it into international markets through RCEP and the CAI significantly raises the costs of Chinese unilateral behaviour that contravenes those agreements. China’s record in observing commitments is on par with that of other major powers, even in the face of unilateral sanctions from the United States.

International markets and rules are blind to domestic political and economic systems. What matters are tangible commitments and their enforcement, which brings real consequences to rule breakers, whether through agreed penalties or suboptimal market outcomes. The CAI includes state-to-state dispute resolution and a monitoring mechanism to raise ongoing issues before any litigation. Both parties will look to elevate the current dispute resolution to dispute settlement and further investment protections within two years.

The CAI is a positive development that would risk serious reputational damage if China did not honour it. It is not an economic agreement that is blind to geopolitics. Size matters, but no one country is large enough in a multipolar world to unilaterally set global terms and impose its will.

US unilateral sanctions on Chinese commerce affected suppliers and consumers globally. Suddenly many companies and countries had to extract Chinese-branded parts, components and software from their telecommunications systems, manufactures and supply chains or face US sanctions themselves. But alongside those unilateral sanctions, American companies secured special access and protections in the Chinese market through a managed trade arrangement and access for their investors, putting European, Japanese and other major competitors at a disadvantage. The CAI levels the playing field for European businesses competing with US companies in China.

The European Union commonly includes labour and environmental standards and human rights obligations in its agreements, with the aim of improving standards through negotiation. Sometimes, these provisions erode the comparative advantage of developing countries. One issue in CAI negotiations was political pressure around China’s forced labour and treatment of Uyghurs. European leaders would be naive to think an investment treaty would resolve a sensitive domestic issue of this magnitude. Instead, EU members should find a way to present a united front and keep realistic pressure on China separately from the investment agreement which can help drive post-COVID-19 economic recovery in Europe.

More will become known of the CAI, as it makes its way through the European Parliament for ratification, and as all the details of the agreement become clear.

A jaded United Kingdom dealing with its messy divorce from Europe joins the United States and some of its allies wanting a united front against China with terms of global engagement set by the United States. Countries are having to navigate the US–China strategic rivalry and the CAI makes clear that Europe will not sit quietly on the sidelines without pursuing its own strategic interests in this tussle.