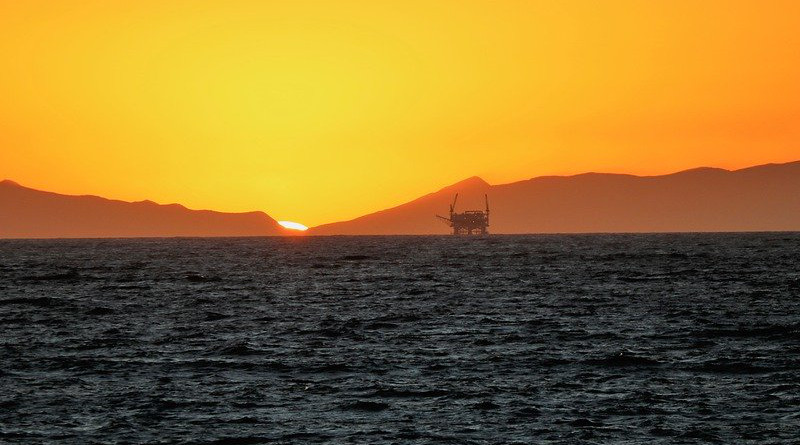 The ongoing turmoil in the oil markets due to the pandemic and underutilized supply, presents a long-term opportunity for India to secure its energy future. It can take small stakes in the listed oil and gas companies of stable Western democracies like the U.S., Canada and Australia, through a specially-created sovereign wealth fund. This will allow India to be better prepared for the era when prices rise again.

Indians pay amongst the highest prices of petrol globally, because of government taxes, even as oil is close to multi-year lows. How can these two extremes be aligned? The ongoing turmoil in the oil markets due to the pandemic and underutilized supply, presents a long-term opportunity for India to secure its energy future. Very simply, India can take small stakes in the listed oil and gas companies of stable Western democracies like the U.S, Canada and Australia, via a specially created sovereign wealth fund.

India is currently the world’s third largest consumer of oil with growing demand and limited domestic supplies. Imports in 2019-20 was 1.6 billion barrels and expected to increase as its economy expands. But with -a big global and domestic thrust on electric energy, especially with vehicles, some analysts say that the push for electric vehicles will spell the end of the oil age.

Will it? Electric cars still account for less than 2% of all cars sold worldwide and there are no electric alternatives for heavy trucks – the biggest oil consumers in India. Electric vehicles also depend on the reliability of supply chains for key minerals – rare-earths, lithium and cobalt – the majority of which are from or controlled by, China.

Considering these factors, the obituary for oil looks premature. For sure, India’s oil demand is set to rise in the foreseeable future.

The opportunity: upstream oil and gas investments can be made on the cheap today. Such investments can protect India from future increases in oil price as financial returns from them will increase in line with oil prices. This approach is in contrast with India’s traditional one, where India’s state-owned oil companies invested in oil and gas fields to reduce the impact of higher oil prices. Most investments were made in emerging economies such as Russia, Mozambique and Venezuela – and many have run into political or economic instability, with India’s investment looking like a dud.

An investment in developed economies, especially the U.S. or Canada, will reduce geopolitical risks. Historically, the cost of assets in stable Western countries has been a deterrent, but with the low oil prices of the past few years, especially in 2020, many of these investments now look attractive.

To invest in these stable democracies, India must set up a sovereign wealth fund which can invest in listed oil and gas companies – in contrast with the country’s public sector acquiring assets, or companies. Several reasons why.

First, oil and money are both fungible. The higher dividend payout from energy investments will increase in line in oil prices, offsetting the high prices. Second, large scale acquisitions by foreign state-owned companies are not favored either in the U.S or Canada, more so in the current environment of Chinese government companies and their predatory investments. On the other hand, Sovereign Wealth Funds (SWFs) from across the world routinely invest in Western financial markets as they are seen purely as financial investors, not acquirers. Third, there is the risk of accidents and therefore unlimited exposure. For instance, BP discovered in 2010 after the Gulf of Mexico disaster, that there is no upper limit to penalties for environmental damage. An Indian public sector company, and eventually its shareholders, the Indian public, will be liable in case of an unfortunate event occurring in a company in which it has a controlling investment or an operational stake. A minority financial investment by a SWF will not be liable.

Norway is an example of prudent management of the windfall from high oil prices of the past, with which it set up a rainy day fund – now one of the most powerful and successful in the world. India is witnessing a similar windfall, in reverse, due to low oil prices – and needs to plan for the time when prices will be higher. That time is now!

*About the author: Amit Bhandari is Fellow for Energy and Environment Studies Programme, Gateway House.

Source: This article was published by Gateway House and first appeared in Hindustan Times