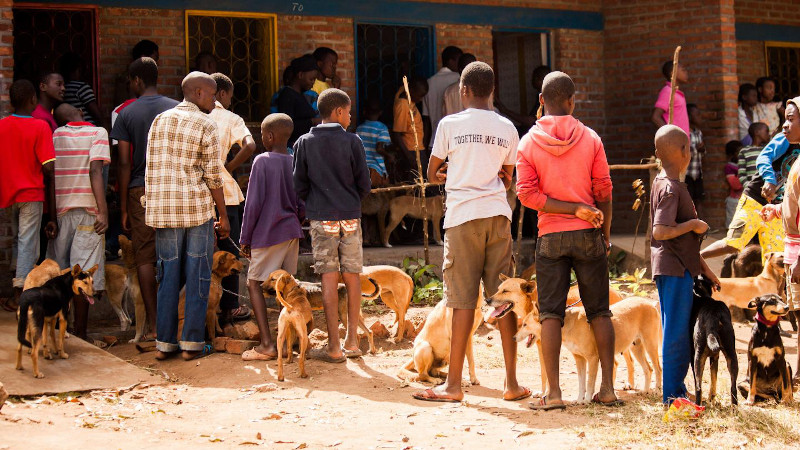 More people could be protected from life-threatening rabies thanks to an agile approach to dog vaccination using smart phone technology to spot areas of low vaccination coverage in real time.

Vets used a smart phone app to help them halve the time it takes to complete dog vaccination programmes in the Malawian city of Blantyre.

Rabies is a potentially fatal disease passed on to humans primarily through dog bites. It is responsible for some 60,000 deaths worldwide each year, 40 per cent of which are children. It places a huge financial burden on some of the world’s poorest countries.

Researchers predict that more than one million people globally will die from rabies between 2020 and 2035 if dog vaccination rates – coupled with treatment immediately following a bite – do not increase.

Current mass vaccination programmes include door-to-door visits, which ensure high uptake, but are costly and time consuming. Drop-in centres are more efficient, but do not treat as many dogs, and can be difficult for owners to reach.

Research showed that distance from drop-in centres was the biggest reason why owners did not get their dog vaccinated,

To overcome this, vets led by the University of Edinburgh and the charity Mission Rabies applied their data-driven approach using the app developed with the World Veterinary Service. The app allows the team to record data on vaccinations and access GPS locations.

The team increased the numbers of drop-in centres within around 800 metres of owners’ homes from 44 to 77 – a distance that their research indicated most owners were willing to walk.

In areas with low uptake, they used ‘roaming’- vaccine stations quickly set up to serve localised areas with low vaccine coverage, such as at the end of a street. The vets also engaged with local communities and media to raise awareness of the scheme.

They targeted 70 per cent of the city’s dog population – around 35,000 animals – and vaccinated them in 11 days, compared with 20 days using the previous approach. The scheme needed 904 staff-days, as opposed to 1719.

Researchers say the findings have the potential to not only benefit urban dog populations, but also farmers whose livestock is at risk of infection from dogs.

Lead researcher Dr Stella Mazeri, veterinary epidemiologist at the University of Edinburgh’s Royal (Dick) School of Veterinary Studies, said: “Delivering vaccinations to at risk populations in a highly efficient manner is a major societal challenge. Attempts to eliminate rabies remain under funded despite knowing that dog vaccination is a highly effective way to reduce the disease burden in both humans and dogs. We are pleased to see that the real time interrogation of data has allowed us to improve the efficiency of vaccination clinics.”

Luke Gamble, CEO of Mission Rabies, said, “This research provides an important piece of the puzzle in powering forward strategies to eliminate canine transmitted rabies. Practically, this paper steers how we better implement campaigns to efficiently vaccinate hundreds of thousands of dogs against rabies in challenging environments – and this is turn, prevents the deaths of thousands of children around the world each year. The amazing support of the University of Edinburgh in this field of research – is genuinely saving lives.”