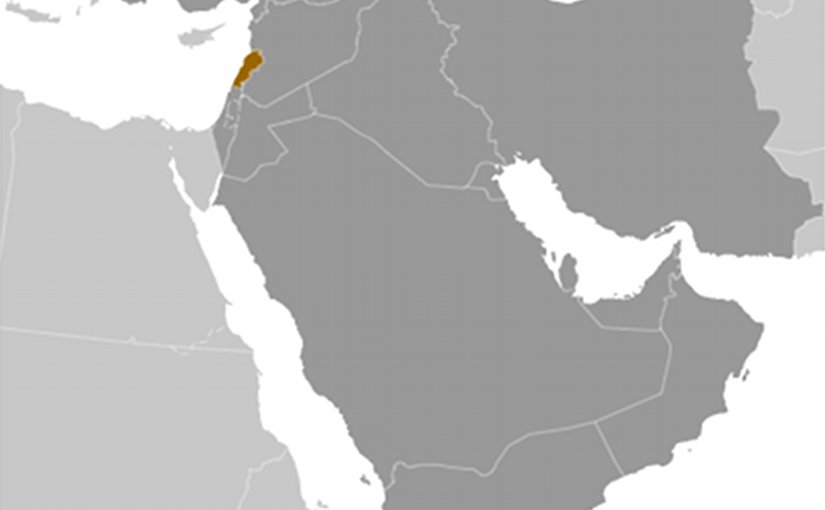 Syrian refugees in Arsal, a Lebanese town on the border with Syria, do not have adequate shelters to withstand the harsh winter months, Human Rights Watch said, releasing a video showing their dire living conditions.

More than 15,000 Syrian refugees in Arsal are experiencing their second winter since a 2019 order from the Higher Defense Council, which is chaired by the president and responsible for implementing national defense strategy, required them to dismantle their shelters. The order has forced them to live without adequate roofs and insulation, exposed to harsh winter conditions, including subzero temperatures and flooding.

In November and December 2020, Human Rights Watch researchers returned to Arsal to interview seven refugees first interviewed during the summer of 2019 to assess the impact of the demolitions on their standard of living, and in particular on their access to adequate shelter during the winter months. The refugees described dire living conditions. They also said they lack information and resources to prevent the spread of Covid-19.

All seven refugees interviewed described harsh weather conditions and inadequate building materials. Due to flooding and heavy rains, four said that mold had formed on the wood used to rebuild the top portions of the shelters. A few said the mold caused health problems for children and asthmatic relatives.

“[An NGO] gave us one tarp to cover the roof and we had to buy the rest ourselves,” said a Syrian refugee from Homs who said her daughter coughs because of the mold. “We just have five cinderblocks of protection, the rest is wood. The water comes from under [the walls]…. There is a smell coming from the mold.”

Arsal is in the Bekaa Valley, a mountainous region on the border with Syria known for harsh winters. Last winter a storm had a devastating impact in Arsal. Refugees who had been forced to dismantle their shelters seven months earlier were left with plywood and tarp roofs to shield them from the heavy snow and extreme wind. Temperatures reported at that time were as low as minus 10 degrees Celsius (14 degrees Fahrenheit).

The 2019 Higher Defense Council order is based on the Lebanese Construction Law Act, No. 646. The Construction Law stipulates that only “non-permanent” building materials, including wood, stone, and canvas, can be used for building on agricultural land and that full concrete structures, including cement foundations, are not allowed. While the Construction Law Act has been on the books since 2004, it had remained largely unenforced until the 2019 order. Building materials for upper walls and roofs can only consist of wood and tarp. The 2019 order permits a foundation five cinderblocks high, or about one meter, for shelters in Arsal. In the rest of the country, hard foundations can be no higher than two cinderblocks.

Since clashes in Arsal in 2014, involving the Lebanese Army, the Islamic State (also known as ISIS), and Jabhat al-Nusra (a listed armed group now part of an armed coalition known as Hay’et Tahrir al-Sham), the Lebanese Army has conducted frequent military raids on refugee camps there. Arsal and the camps located within its borders are now surrounded by military checkpoints, restricting movement in and out of the town and the refugee camps.

Tensions have flared periodically between some members of Lebanese host communities and some refugees since the Syrian civil war began almost a decade ago. In November 2020, a Syrian refugee allegedly killed a Lebanese resident of Bcharre, a town in the North Governorate of Lebanon, two hours from Arsal. Soon after, a group of Lebanese residents demanded the eviction of Syrians from the area and set fire to refugee homes in the town. Hundreds of Syrian refugees subsequently fled.

At the end of December, a fight between a Lebanese family and Syrian workers in Minyeh, just north of Tripoli, led some Lebanese residents to set fire to a nearby Syrian refugee camp, displacing hundreds.

Humanitarian response programs for Syrian refugees in Lebanon that provide shelter are massively underfunded. According to the 2020 Update of the Lebanon Crisis Response Plan, a joint effort between the Lebanese government and local and international partners to address the needs of vulnerable populations in Lebanon, groups providing shelter needed roughly US$155.6 million. As of November, they had only been able to fund US$27 million – just 17 percent.

Due to Lebanon’s rapid inflation, Syrian refugees there have faced soaring prices and rents, sometimes forcing them to choose between buying food and essential items, and paying bills. The preliminary 2020 findings of the Vulnerability Assessment of Syrian Refugees in Lebanon, conducted jointly by World Food Program, the United Nations refugee agency (UNHCR), and UNICEF, show that the economic crisis and the Covid-19 pandemic have pushed 89 percent of the Syrian refugee population in Lebanon below the extreme poverty line.

Half of the Syrian refugee population in Lebanon is now food insecure. Three of the refugees Human Rights Watch spoke with raised concern with rising costs to send children to school, rents, and electricity. “We pay more rent than before now,” said a Syrian refugee from Damascus. “We used to pay 125,000 pounds [LBP] per month and now we pay 300,000 pounds [LBP] per month because of the situation.”

All of the Syrian refugees interviewed raised concerns about the lack of information and resources available to them to prevent the spread of Covid-19. Three said that since the beginning of the pandemic, they were only visited once by an aid group, which gave them some masks and disinfectants. Most refugees said that they did not know whom to contact or what to do in case someone in their family develops symptoms. “At the beginning they gave us a box [of supplies] for Covid-19,” the refugee from Damascus said. “They came just one time. If someone is sick, there are no doctors to call.”

Since early March, Lebanese municipalities have used the Covid-19 pandemic to impose discriminatory curfews and movement restrictions that apply only to Syrian refugees. Most of those interviewed expressed concerns regarding their ability to access health resources and essential supplies amid these discriminatory restrictions and stigma. “The difference between us and the Lebanese who live here is that we can’t leave our homes,” the refugee from Homs said.

The worsening economic crisis, the devastating Beirut port explosion, and Covid-19 have overwhelmed Lebanon’s health sector. Hospitals are almost at capacity as healthcare workers warn of a Covid-19 “catastrophe.”

UNHCR and partner organizations have set up Covid-19 response plans for Lebanon’s refugee populations, but information sharing varies across regions. UNHCR said that it will only cover the cost of testing and treatment if a refugee has first contacted the Health Ministry’s hotline and followed its instructions.

Despite their dire living conditions, none of the Syrian refugees interviewed said it was safe enough for them to return to Syria.

The Lebanese government and donor organizations and governments should ensure that everyone’s right to adequate housing is fully protected, Human Rights Watch said. This should include increased support for winterizing the homes of Syrian refugees to protect vulnerable families from harsh weather and to enable them to live in safety and dignity. Donors should also continue to urge the Lebanese government to review its policies on materials permitted in informal settlements and to allow the distribution of more sustainable shelter materials.