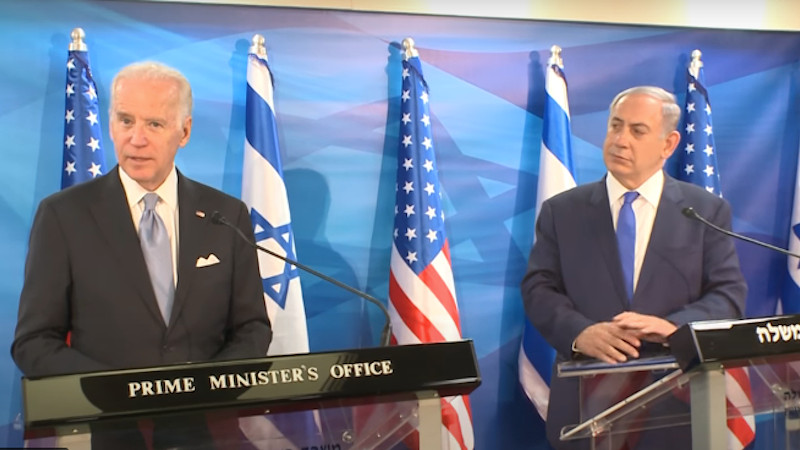 Leading Israeli human rights organization B’Tselem last week issued a report that says that the areas under Israeli control are a single political entity and that the state must be held accountable for its human rights record. “One of the key points in our analysis is that this is a single geopolitical area ruled by one government,” B’Tselem Director Hagai El-Ad said. “This is not democracy plus occupation. This is apartheid between the river and the sea.”

The Jan. 12 report was widely published in the English-language media around the world, but it didn’t see the light of day in Israel’s Hebrew-language publications — a signal of the concern that it could cause major domestic political injury to a polarized Israeli public that is due to participate in its fourth elections in just two years in March.

This was not the first time that Palestine and Israel have been mentioned geographically in the same sentence. In 2018, CNN analyst Marc Lamont Hill effectively lost his job for using the six words “from the river to the sea” during a speech at the UN. Peter Beinart also made waves last year when he argued that a comprehensive binational solution that ignores the Green Line was needed.

B’Tselem’s well-documented report will have an important impact on attempts to discredit pro-Palestinian nonviolent protests around the world, especially in the US. Israel and its apologists have repeatedly attacked the Boycott, Divestment and Sanctions (BDS) movement as being anti-Semitic because it erases the line between Israel on the one hand and the West Bank and Gaza on the other. BDS leaders have repeatedly argued that policy in the Occupied Territories cannot be separated from that of the state of Israel.

BDS officials were also slammed for not taking a stand for either the two-state solution or one state with equal rights for all citizens. The movement’s supporters have been tarnished as anti-Semitic because it was argued this position implies that they don’t recognize Israel; something they vehemently deny. Pro-Israeli groups and lobbies in the US have even introduced legislation both at the national and state levels aimed at criminalizing BDS and denying Americans their constitutional right to express themselves, including by means of nonviolent protest.

The new report’s most damning conclusion is that Israel is continuously committing the war crime of apartheid. While a military occupation is abhorrent, it is not considered a war crime by international humanitarian law. For example, moving the citizens of an occupied country to occupied areas or moving prisoners from an occupied area to prisons in the occupying country are violations of the Fourth Geneva Convention. But B’Tselem goes a step further and states that all Israeli crimes in the Occupied Territories meet the definition of apartheid, which was declared a war crime during South Africa’s era of institutionalized racial segregation.

This report by a well-respected Israeli human rights organization totally debunks the continuous efforts made in America and some other countries to delegitimize the calls for nonviolent protest made by BDS and others. These calls aim to punish Israel economically and morally for its failure to end its policies that disenfranchise millions of Palestinians and deny them their political rights, including the right to self-determination.

The campaigning ahead of Israel’s elections, which are due to be held on March 23, has so far avoided any discussion of the status of the Occupied Territories. All major parties are divided between either supporting or opposing the continued premiership of Benjamin Netanyahu, who has been charged with multiple counts of corruption.

But B’Tselem’s report was published shortly before the Biden administration was sworn in. The new president has telegraphed that he will give high priority to human rights issues in foreign policy decisions. While many expect this position to apply to authoritarian regimes such as China and the Philippines, B’Tselem indicates that, if it is to be consistent, the Biden administration will also need to hold Israel responsible for the major crime of apartheid over the way its military rule handles Palestinians.