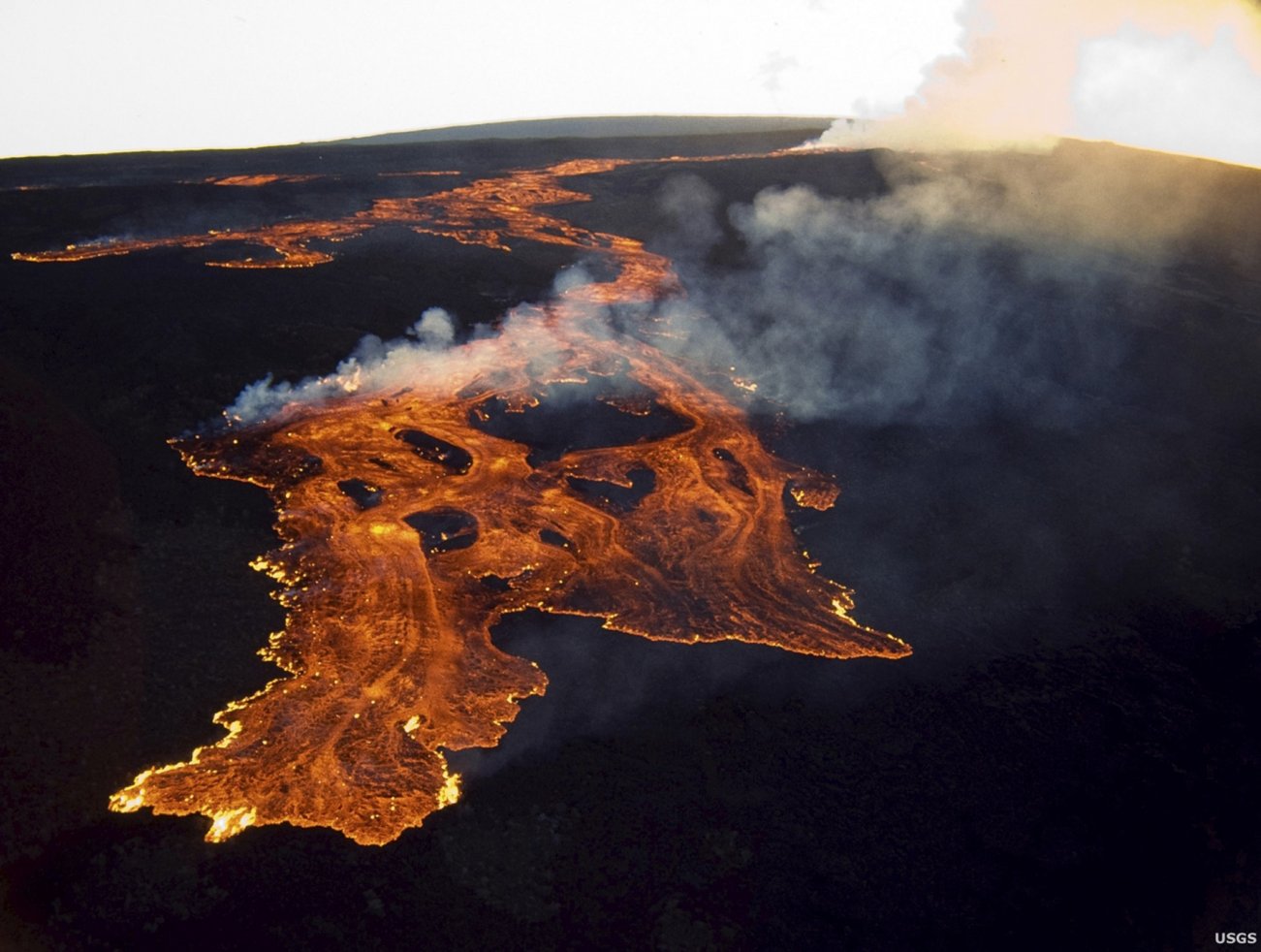 Here’s What You Need To Remember: This would not the be last time that Mauna Loa would feel the wrath of American airpower. The U.S. Air Force returned to bomb Mauna Loa in 1975 and 1976, in an experiment using 2,000-pound bombs to divert lava flows.

On December 27, 1935, the U.S. Air Force attacked a most fiery enemy ever: a Hawaiian volcano.

Technically, it wasn’t the air force in 1935, but the U.S. Army Air Corps. Nor had Congress declared war on the volcano, or passed an Authorization of Military Force Against Volcanoes. Nevertheless, when Mauna Loa erupted on November 21, 1935, and an army of lava advanced on the city of Hilo at a rate of one mile per day, the military was called in.

The idea was actually the brainchild of Thomas Jagger, founder of the Hawaiian Volcano Observatory. Jagger believed that high explosive would collapse the lava tubes and stanch the molten flow. His first plan was to plant tons of TNT carried to the volcano on mules, except there wasn’t enough time.

So, ten bombers were dispatched, each carrying two 600-pound bombs, with each bomb containing 300 pounds of explosive. Though enemy defenses could be described as light, accuracy still left something to be desired, with some bombs landing hundreds of feet from the target.

Nonetheless, six day after the bombing, the lava flow stopped. Jagger proclaimed the mission was a success. But another geologist, Harold Stearns, who had been aboard one of the bombers, questioned whether the bombs had made a difference. “The tube walls look 25 to 50 feet high and deep in the flow so that I think there would be no change of breaking the walls,” he wrote. “The lava liquid is low. The damming possibility looks effective but the target is too small.”

Nonetheless, Jagger maintained the bombs had worked. “I have no question that this robbing of the source tunnel slowed down the movement of the front,” he replied. “The average actual motion of the extreme front.… for the five days after the bombing was approximately 1,000 feet per day. For the seven days preceding the bombing the rate was one mile per day.”

It wouldn’t be the last time that seismic weapons were used. During World War II, Britain found that regular bombs would bounce off the twenty-five-foot-thick concrete roofs of Nazi U-boat pens. So, British inventor Barnes Wallis devised “earthquake bombs.” The 22,000-pound Grand Slam, dropped from a Lancaster bomber 18,000 feet high, would slam into the target at supersonic speed and bore deep before exploding. Rather than the explosive force being dissipated through air, it would be conducted by concrete or earth, thus magnifying the damage.

This would not the be last time that Mauna Loa would feel the wrath of American airpower. The U.S. Air Force returned to bomb Mauna Loa in 1975 and 1976, in an experiment using 2,000-pound bombs to divert lava flows. While there are scientists who argue that bombing volcanoes is effective, others say this would only work under the right conditions.

One interesting question would be whether modern bombs would be more effective in plugging volcanoes. In particular, there is the air force’s 30,000-pound Massive Ordnance Penetrator (MOP), the giant bomb designed to smash deep into the Earth and destroy buried installations such as North Korean WMDs. However, the MOP has yet to be tested against as big as a volcano.

Michael Peck is a contributing writer for the National Interest. He can be found on Twitter and Facebook. This article first appeared in 2018.