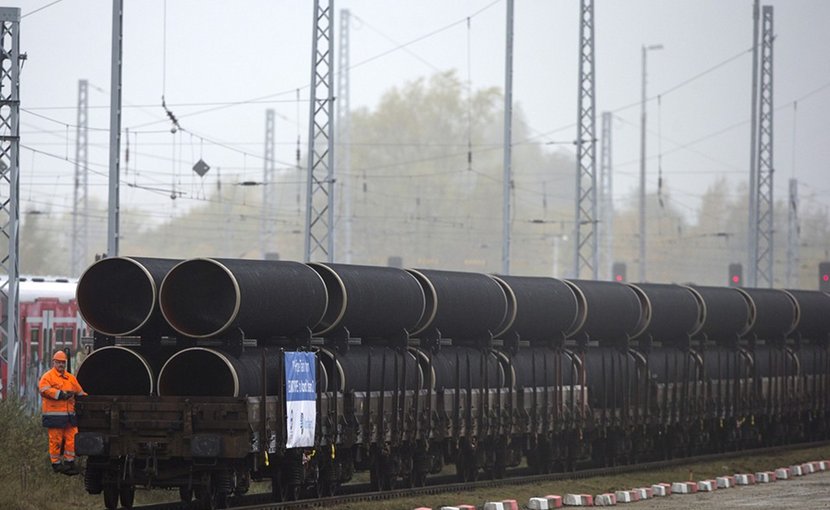 Outgoing US President Donald Trump has delivered his “parting gift” to the Moscow-led Nord Stream 2 gas pipeline, with newly announced sanctions targeting a pipe-laying vessel and companies involved in the multinational project.

Pipe-laying vessel ‘Fortuna’ and oil tanker ‘Maksim Gorky’, as well as two Russian firms, KVT-Rus and Rustanker, were blacklisted on Tuesday under CAATSA (Countering America’s Adversaries Through Sanctions Act) as part of the US’ sanction war. The same legislation had been previously used by Washington to target numerous Russian officials and enterprises.

Russian energy giant Gazprom warned its investors earlier on Tuesday that Nord Stream 2 could be suspended or even canceled if more US restrictions are introduced.

However, Moscow has assured its partners that it intends to complete the project despite “harsh pressure on the part of Washington,” according to Kremlin press secretary Dmitry Peskov. Reacting to the new package of sanctions on Tuesday, Peskov called them “unlawful.”

Meanwhile, the EU said it is in no rush to join the Washington-led sanction war on Nord Stream 2. EU foreign affairs chief, Josep Borrell, said that the bloc is not going to resist the construction of the project.

“Because we’re talking about a private project, we can’t hamper the operations of those companies if the German government agrees to it,” Borrell said Tuesday.

Nord Stream 2 is an offshore gas pipeline, linking Russia and Germany with aim of providing cheaper energy to Central European customers. Under the agreement between Moscow and Berlin, it was to be launched in mid-2020, but the construction has been delayed due to the strong opposition from Washington.

The US, which is hoping to sell its Liquified Natural Gas (LNG) to Europe, has hit the project with several rounds of sanctions over claims that it could undermine European energy security.