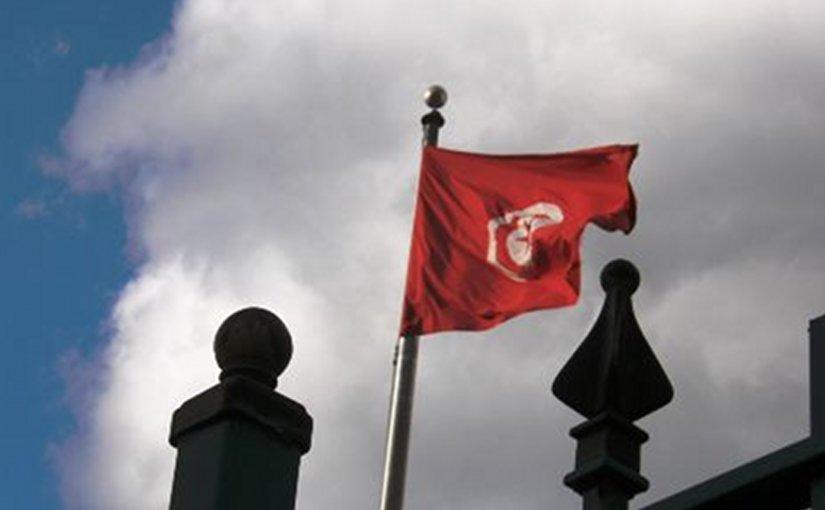 More than 1,000 people have been arrested and troops have been deployed after three nights of rioting in cities throughout Tunisia.

Protesters gathered in central Tunis on Monday chanting “we came in the daytime” after the interior ministry said legitimate demonstrations did not take place at night.

Defense Ministry spokesman Mohamed Zikri said the army had deployed reinforcements in Bizerte in the north, Sousse in the east and Kasserine and Siliana in central Tunisia.

The Interior Ministry said 632 people were arrested on Sunday alone, mainly “groups of people between the ages of 15 and 20 who burned tires and bins in order to block movements by the security forces.”

Some of those arrested had thrown stones at police and clashed with security forces, ministry spokesman Khaled Hayouni said.

“This has nothing to do with protest movements that are guaranteed by the law and the constitution,” he said. “Protests take place in broad daylight normally … without any criminal acts involved.”

The protests follow the 10th anniversary of a revolution that brought democracy but few material gains for most Tunisians, and anger is growing at chronic joblessness and poor state services.

The unrest began when Tunisia imposed a nationwide lockdown to halt a rise in coronavirus infections on the same day it marked the 10th anniversary of dictator Zine El-Abidine Ben Ali’s fall from power.

Many Tunisians are increasingly angered by poor public services and a political class that has repeatedly proved unable to govern coherently a decade on from the 2011 revolution. GDP shrank by 9 percent last year, consumer prices have soared and a third of young people are unemployed.

The key tourism sector, already on its knees after a string of terrorist attacks in 2015, has been devastated by the pandemic.

In Bourguiba Avenue, the tree-lined boulevard in central Tunis flanked by government offices and colonial-era buildings where the biggest protests in 2011 took place, demonstrators on Monday said they wanted people arrested in recent days to be released.

“They call everyone who protests against the system a thief … we have come with exposed faces by day and not by night to say we want jobs … we want dignity,” said Sonia, an unemployed graduate.

Demonstrators with her chanted “No fear, no fear! The street belongs to the people!”

Protesters also gathered in Manzel Bouzaine, near the interior city of Sidi Bouzid where the self-immolation of a street fruit seller in late 2010 triggered the revolution.

The health crisis and economic misery have pushed many Tunisians to try to leave the country.

“I don’t see any future here,” said Abdelmoneim, a waiter in Tunis.

He blamed the violence on failed politicians and said the rioters were “bored adolescents.” Abdelmoneim said he would take a boat across the Mediterranean to Europe “as soon as possible, and never come back to this miserable place.”