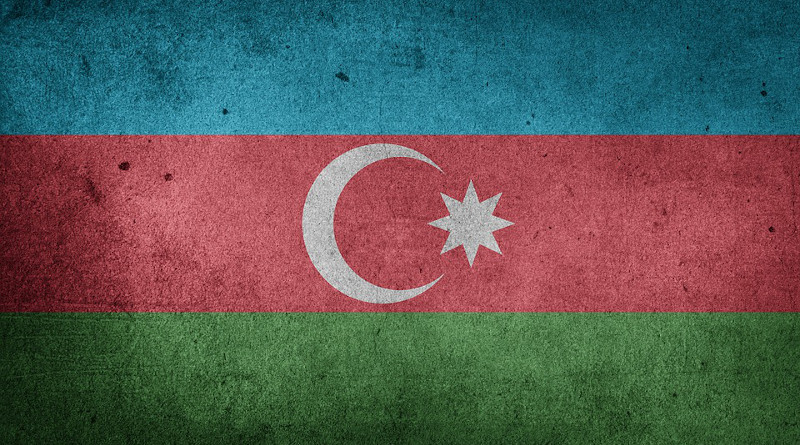 On January 13, 2021, the Ministers of Foreign Affairs of the Republic of Azerbaijan, the Islamic Republic of Pakistan and the Republic of Turkey came together in a trilateral meeting in Islamabad. Convened for the first time in November 2017 in Baku, Azerbaijan, this format of the cooperation between the sides has been gaining momentum over the last years. This has been of a particular importance for Azerbaijan, a relatively smaller military and economic power than the other two, against the backdrop of growing tensions between Armenia and Azerbaijan, especially the latest war between the two in the fall of 2020. Azerbaijan is keen to develop relations with its two partners in almost all spheres as reflected in the agenda of the trilateral meeting that covered a wide range of issues including those related to the cooperation in science, technology, culture, economy and military.

The Declaration signed by the three ministers expressed the sides’ support to each other in the most fateful challenges faced by them. Reiterating the support of the sides to resolution of the Nagorno-Karabakh conflict within the internationally recognized borders of Azerbaijan, the document underscored their solidarity in Azerbaijan’s efforts to rebuild and rehabilitate liberated territories. In a similar vein, the declaration expressed the sides’ support to Pakistan in the conflict over Jammu and Kashmir calling for its resolution in accordance with the UN Security Council resolutions, and to Turkey in the settlement of the disputes in Cyprus, the Aegean and the Eastern Mediterranean on the basis of international law. Nevertheless, the sides are cautious to stress that this is a peace platform, not an alliance directed against any other state or group of states.

Jeyhun Bayramov, Azerbaijan’s Foreign Minister, talking at the press conference held after the trilateral meeting, expressed gratitude to Turkey and Pakistan for their support to Azerbaijan during the Second Karabakh War. “These friendly countries condemned the occupation, attacks and war crimes of Armenia, supported the discussion based on our sovereignty and territorial integrity, and loudly declared the recognition of the borders of states and the establishment of justice in the international arena. We highly appreciate this principled position”, he declared. This gratitude is also noticed in the society of Azerbaijan where the flags of Turkey and Pakistan were often raised alongside Azerbaijani flag during and since the war.

Compared to Pakistan – Turkey partnership that dates back to the early 1950s when the two countries came together in the Western-aligned Central Treaty Organization (CENTO), the history of Azerbaijan’s close relationship with Pakistan started in 1990s, after Azerbaijan’s restoration of independent statehood. Being one of the first countries recognizing Azerbaijan’s independence from the Soviet Union, Pakistan categorically opposed Armenia’s occupation of Karabakh and therefore rejected to establish diplomatic relations. Bilateral relations between Baku and Islamabad have been on a growing track since then. The progress has been recorded in most major spheres, but primarily, in the military-strategic cooperation. Having signed a defense agreement in September 2002, Azerbaijan and Pakistan agreed on the legal framework of the military cooperation that includes primarily joint military exercises and exchange of information.

The 2015 marked another milestone in the bilateral ties between the two countries when they signed a declaration on strategic partnership aimed at enhancing relations by deepening and expanding cooperation in the political, economic, defense and security spheres, as well as trade, energy, investment, tourism, transport, science and technology, environment, information, youth and sports.  The two countries are committed, particularly, to bolstering economic relations which are often seen as falling short of its true potential. There are new projects and opportunities to increase mutual trade which was less than 15 million dollars in 2019. The opening of Azerbaijan’s Trade House in Pakistan, establishment of working groups to explore investment opportunities, expanding the legal framework in the field of food security and trade, investing in the textile, pharmaceutical and energy sectors, as well as developing cooperation between small and medium-sized businesses are in the agenda of the Pakistan – Azerbaijan relations. The launch of direct flights between Azerbaijan and Pakistan in the near future is also expected to make a significant contribution to the intensification of mutual ties.

Azerbaijan, over the years since its independence, has established or joined several platforms for cooperation with Turkey, its major ally in international relations. Turkey is the only country with which Azerbaijan has a defense agreement committing the sides, in line with Article 51 of the United Nations Charter, to cooperate when either country faces aggression from a third state or group of states. Agreed by the 2010 Agreement on Strategic Partnership and Mutual Support (ASPMS), Azerbaijan and Turkey have been developing defense cooperation that is a major pillar of Azerbaijan’s security policies. This bilateral military cooperation and the Turkish combat drones obtained by Azerbaijan were hailed by the Azerbaijani president for having played an “exceptional” role in the country’s military victory over Armenia during the 44-day war.

The Turkey – Azerbaijani partnership in the non-military spheres has likewise recorded new highs in recent years. In 2020, having signed a preferential trade agreement, the two states aim at reaching a $15 billion trade volume target. According to the Azerbaijan’s Statistical Committee, the trade turnover between the two countries accounted for 4,5 billion dollars, marking a significant rise from its volume of less than 600 million dollars in 2005. The establishment of visa-free travel and the recent agreement on the travel with identity card as a border crossing document are likely to further boost the relations between the two countries that characterize themselves as “one nation, two states”. Overall, a long list of other agreements has been reached by Turkey and Azerbaijan over the last few years profoundly reinforcing strategic partnership between the two countries and enabling them to confront regional and global challenges together.

The Pakistan-Azerbaijan-Turkey trilateral cooperation platform constitutes, therefore, an important element in Azerbaijan’s foreign policies. Not only does this allow Azerbaijan to confront security challenges more assertively, but also provides a unique opportunity to revive the country’s economy that has been affected by the fall of oil prices and global economic crisis caused by the Covid-19 pandemic. The resolution of the Armenia – Azerbaijan conflict, the opening of regional transportation and communication channels that had been blocked due to this conflict, and the proposals to build a wider regional cooperation platform in the South Caucasus provide more opportunities for the future of Azerbaijan’s relations with Turkey and Pakistan.

*About the author: Dr. Vasif Huseynov is a senior advisor at the Center of Analysis of International Relations and Adjunct Lecturer at Khazar University in Baku, Azerbaijan.