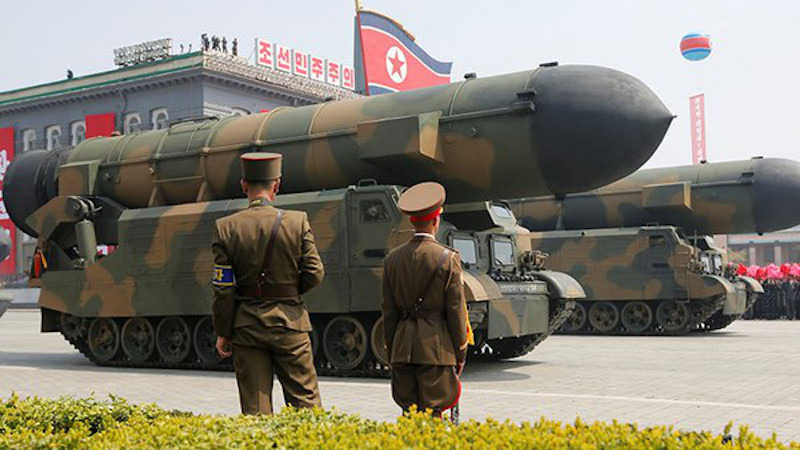 US President Donald Trump chose an unconventional style of diplomacy with North Korea that was characterised by an emphasis on leader-to-leader relations and a go-it-alone approach that minimised consultation with other stakeholders. While this approach resulted in three summit meetings with North Korean leader Kim Jong-un, it did not lead to a meaningful rollback of North Korea’s nuclear weapons program.

When US President-elect Joe Biden takes office on 20 January, he will face a North Korea that is frustrated about what it sees as failed diplomacy and eager to continue expanding its nuclear and missile arsenal. To raise the chances of progress in denuclearising North Korea, Biden should seek better coordination with US allies South Korea and Japan than Trump had in any future diplomatic process. Biden would also need to seek cooperation from China as well, given its important role.

Biden, who criticised Trump for legitimising Kim through summitry, is unlikely to repeat Trump-style diplomatic negotiations. Biden confirmed that he would only be willing to meet with Kim if the North Korean leader agrees to draw down Pyongyang’s nuclear capability.

It is unclear what kind of negotiation process, if any, North Korea will be willing to pursue after Trump leaves office. North Korea preferred the top-down approach with Trump, placing importance on the personal chemistry between the two leaders and avoiding the working-level talks that are necessary to hammer out details. Kim was likely hoping that Trump’s free-wheeling style — that was also dismissive of lower-level dialogue — would produce results in his favour. The lack of follow-up was another key feature of this diplomacy, which produced vague statements but no tangible denuclearisation results.

While North Korea has not ruled out diplomacy with the new administration, the country has made clear that it wants to see the United States make concessions. At the recently concluded 8th Congress of the Workers’ Party of Korea in early January, Kim Jong-un labelled the United States as North Korea’s ‘biggest enemy’ and emphasised that the key to establishing a new bilateral relationship is for the United States to withdraw its ‘hostile policy’. This phrase refers to a broad range of measures on its wish list, including the lifting of economic sanctions and an end to US–South Korea joint military exercises.

In the same meeting, North Korea also said it will continue to pursue quantitative and qualitative improvements in its nuclear forces and weapons systems. The country referred to an unusually detailed list of sophisticated weapons that are in development, including tactical nuclear weapons and a multiple warhead capable missile. Pyongyang likely believes that time is on its side, as more weapons mean not only more measures to defend the country but also greater leverage in any future diplomatic negotiations.

A choice that Biden faces early in his presidency is whether to reverse a pledge Trump made after his first meeting with Kim in Singapore in June 2018. Trump announced then that he would stop US–South Korea joint military exercises — which North Korea considers provocative — even though there were no tangible concessions in return. The United States and South Korea have since suspended or downsized large-scale combined exercises. The COVID-19 pandemic further disrupted the drills in 2020.

Resuming such exercises would help US and South Korean forces better prepare for any possible contingencies. But Pyongyang could also use their resumption as an excuse to carry out new provocations.

An easier decision for Biden that is in line with his overall foreign policy would be to facilitate closer consultations with US allies South Korea and Japan on security issues in general and the North Korean threat in particular. South Koreans were shocked when Trump announced the suspension of US–South Korea military exercises without consulting them. And Japan was worried that the United States would scale back or even withdraw troops from South Korea, which would have major security implications for the country. Such differences could be exploited by North Korea. To ensure stability in the region, the United States needs to carry out closer consultations with its allies about the format of negotiations with North Korea and concessions that may impact them in any future diplomacy.

Biden will also need to seek cooperation with China over North Korea despite the chilliness in overall relations between Washington and Beijing. While the United States and China do not see eye-to-eye on the North Korean threat, and perhaps never will, they have had success in coordinating approaches in a limited manner in the past. Biden needs to find this common ground with China, which continues to be North Korea’s most important trading partner and political ally, holding a key to any stable solution to the North Korea problem.

Whether diplomacy will take place between the United States and North Korea is unclear. Should it do so, Biden should make sure that his administration coordinates with key stakeholders to the best extent possible.

*About the author: Naoko Aoki is Adjunct Professor at American University and Research Associate at the Center for International and Security Studies, the University of Maryland.