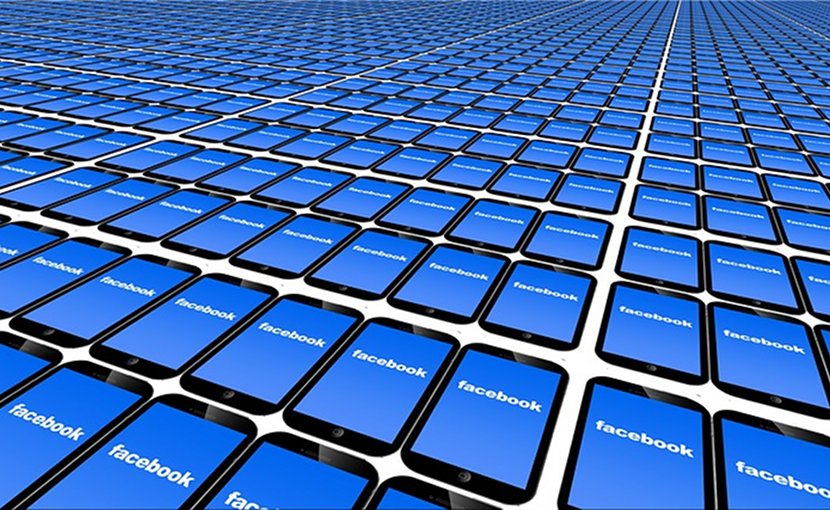 Many people are worried that Facebook is playing the same role in the 2020 election that it did in the 2016 election, acting as a conduit for massive amounts of false and misleading information. They hope that Mark Zuckerberg will rise to the task and act to limit the spread of false and hateful stories.

This blind faith in Mark Zuckerberg is bizarre. Mark Zuckerberg and Facebook are there to make money. Fostering democracy is not really on their agenda, in the same way that helping the Kansas City Royals win the World Series is not on their agenda. If we want to be serious about limiting the sort of abuses that happened in 2016 we need to recognize that Facebook is about making money: full stop. And, we have to make sure that Facebook, or a Facebook like entity, is not making big bucks pushing nonsense stories related to the election.

The quickest way to fix the problem is the repeal of Section 230 of the 1996 Communications Decency Act. This provision exempts Facebook from being liable for material that is passed along through its network, either as ads or through individuals’ or groups’ Facebook pages.

This provision means that if someone buys ads on Facebook, or spreads a false story through a Facebook page, say that a prominent person is actually a serial killer, Facebook would face no liability. The person who spread the story could be sued for libel, but the victim of this libel would have no case against Facebook itself because of Section 230.

There would be logic to this exemption if Facebook were a common carrier like a telephone company. A telephone company charges people for use, either by the minute or the month, it doesn’t make a profit from the content of people’s calls. For this reason, it makes sense that AT&T can’t be held liable if people spread false and damaging stories over its lines.

We might feel differently about exempting AT&T if it was monitoring our calls and selling ads based on the things that we said or heard on these calls. However, this is exactly what Facebook does. They know everything we post and everything we look at. This is how Facebook makes its money, they can sell our eyeballs to advertisers since their system allows them to know in very great detail who we are and what we are interested in.

This is why exempting Facebook from facing the same sort of liability as its competitors in traditional media, like the New York Times or Time-Warner, makes zero sense. If these media outlets have to be responsible for the material they carry, why shouldn’t Facebook also be held responsible?

To be clear, the issue is not a direct act of libel by Facebook. If Facebook were to directly post a false and damaging charge against someone, it could be sued for libel in the same way as a traditional media outlet. The issue is with third party posters. If the New York Times runs an ad, a column, or a letter to the editor, it can be sued for libelous content.

In fact, the famous New York Times v. Sullivan case, which established that to win a libel suit public figures had to overcome a greater burden in establishing reckless disregard of the truth than an ordinary citizen, was over an ad placed in the New York Times, not the news or editorial content of the paper. In spite of this fact, there was no legal question that the New York Times would have been forced to pay damages, if it was determined that the ad actually met the standard of being libelous. It doesn’t make sense that Facebook should be subject to a different standard just because its medium is the Internet rather than a print publication.

Removing Section 230 protections would mean both that it could be sued for libelous content in a paid ad and that it could also be sued for libelous content transmitted through its system on individual or group Facebook pages. The first sort of liability is straightforward, just as traditional media outlets know they have to scrutinize ads for libelous material before accepting them, Facebook would have to go through the same process. This would make the process of buying ads on Facebook more time-consuming, and impose more costs on Facebook, but so what? If traditional media outlets have to spend resources to prevent the spread of libelous material through their ads, why shouldn’t Facebook have to incur the same costs?

The issue of individuals’ or groups’ postings is a bit more complicated, but not too much more. It would be unreasonable to expect that Facebook would scrutinize every item someone wants to post on its system for libelous content before it is actually posted. However, it could do this after the fact, when a complaint was brought.

The way this could work is that if a person, group, or corporation believes that they are being libeled by material posted on a Facebook page, they would bring their complaint to the company’s attention. Facebook could be allowed some reasonable period of time to assess the complaint. If it determined that the material is in fact libelous, then it would be obligated to remove it from the page(s) where it appeared.

Since Facebook’s system allows it to know everyone who viewed the libelous material, it would also be required to send out a notice to all these people indicating that the material was libelous and had been removed from the page where it had appeared. If Facebook failed to take these steps in a timely manner or determined that the material was not libelous, then it could be sued just like the New York Times was in Times v. Sullivan.

Mark Zuckerberg would undoubtedly be appalled at the idea that his company could potentially be held liable for all manner of nutty posts that appear on his system. He would have to spend large amounts of money paying people to evaluate the claims. Facebook would end up being a much less profitable, and likely a far smaller company. In that world, there would be little reason to care what Facebook’s policy was on political advertising since it would matter much less.

People obviously like Facebook, since they use it, but changing the law would not mean that this sort of social network type system would go out of existence. While Facebook may be hugely downsized, there could be other competitors that would step up as competitors.

We may also see systems set up that actually are common carriers, that would get the exemption laid out in Section 230. These would be systems that charged a flat fee, say $10 a year, to carry people’s pages, and allow them to interact with others on the network. (I have no idea if $10 would be a reasonable fee to cover costs and allow for a reasonable profit, but since this sort of system should require minimal labor inputs, hopefully $10 a year would be in the ballpark.)

These systems would not sell ads, nor would they acquire personal information on the people that used them. They would be similar to the on-line bulletin boards that many of us used in the early days of the Internet, although advances in technology would allow them to have much more sophisticated graphics and video material.

It is absurd that so many people are in the position of hoping and praying that Mark Zuckerberg will be responsible in how he deals with the 2020 election. We should never be in the position of having to rely on the goodwill of a billionaire to allow democracy to work. Repealing Section 230 will put an end to this problem.