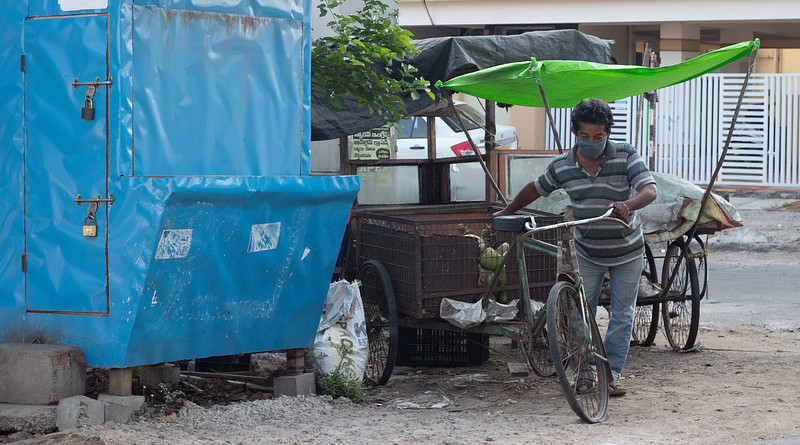 The Government of India’s use of nudge theory in the first three months of the pandemic helped to tackle the virus on numerous fronts, a new study suggests.

India has reported nearly five million COVID-19 cases and well over 80,000 deaths (as of 16 September 2020), making the country one of the worst hit in the world. But an even greater tragedy may have unfolded had India’s government not used nudge theory to maintain one of the world’s strictest and longest lockdowns in the first quarter of the year. This is the view of a new study by Ramit Debnath and Dr Ronita Bardhan from Cambridge’s Behaviour and Building Performance Group, Department of Architecture.

The study, published in PLoS ONE, found that the government deployed nudge techniques to tackle a wide range of urgent challenges between 15 January and 14 April 2020. Nudging is a design-based public policy approach which uses positive and negative reinforcements to modify the behaviour of a population.

In January and February, policy nudges were focused on evaluating the risk of incoming travellers from China and extending surveillance at international airports. But the narrative soon shifted to address other pressing concerns. By March, nudges sought to impose new restrictions on travel, discouraging people from visiting crowded and public spaces, and strict social distancing. On 24 March, Modi told the nation that “21 days is critical to breaking the infection cycle… or else the country and your family could be set back 21 years”. The next day, the country entered phase 1 of lockdown.

The government nudged to tackle fake news about the virus and to convince the population to strictly adhere to the rules, use masks and wash hand frequently. At the same time, it conducted surveillance in urban areas using smart technologies that included drones, spatial analysis, low-power Bluetooth mobile phone applications and humanoid robots.

Ramit Debnath said: “Nudge-based policy approaches are crucial in a democratic country like India which has a vast population and geo-spatial divide, high levels of illiteracy and an extremely vulnerable health system.”

Ronita Bardhan added: “The government urgently needed to buy time and it had to bring a deeply divided population together to fight a common struggle – this was a huge challenge. Our findings show that the government needed much more than scientific data to convince people, they appealed to powerful values including patriotism, family, religion and community.”

The study highlights the role played by the ‘Prime Minister’s Citizen Assistance and Relief in Emergency Situations Fund’ (PM CARES Fund) which was created to nudge the public to make micro-donations and encourage public participation to help tackle the crisis. On 5 April, the Prime Minister nudged people to voluntarily switch off their lights for 10 minutes in solidarity with frontline workers. Most of these nudges were made with social media advertisements, SMS forwards and broadcast media.

The study found that government ministries nudged India’s manufacturing firms to produce PPE, hand sanitiser and masks to meet the national demand, while also seeking to protect the country’s food security and supply chains at a critical time – India’s farmers harvest their winter crops from February to April.

Meanwhile, the government spurred on India’s scientific community to fight the pandemic, releasing funding through the Department of Science and Technology. Research institutions were encouraged to submit proposals to focus on the development of affordable diagnostics, vaccines, antivirals, disease models, and other R&D to study COVID-19.

Scientific innovation during this period included robots for encouraging social distancing in public spaces and healthcare centres; and a contact tracing app (AarogyaSetu) using GPS and Bluetooth. Frequent SMS reminders were used to nudge people to use the app. The Ministry of Human Resource Development also nudged the start-up and innovation community in India to participate in the fight for COVID-19 by launching programs like ‘Fight Corona IDEAthon’.

To support education, the government encouraged home-schooling by aggressively advertising the use of the National Digital Library of India. The government even harnessed nostalgia to help keep people at home during lockdown by broadcasting popular ’80s and ’90s TV shows on the national channel, Doordarshan.

The study demonstrates how nudge strategies evolved as the crisis unfolded. Between January and the first week of March, for instance, one government ministry (AYUSH) was aggressively nudging people to follow the traditional medicinal practice of Ayurveda and to maintain good health through yoga to increase immunity, while also insisting on disciplined personal hygiene. However, in mid-March, as infection rates increased, the nudges shifted away from traditional treatments to promoting a healthy lifestyle using hashtags like #YOGAathome.

The researchers used topic modelling, a computational social science method that has its basis in text mining and natural language processing. It automatically analyses text data to determine cluster words for a set of documents.

The Government started lifting lockdown restrictions on 7 June 2020, and the spread of the virus has since accelerated. But the benefits of the government’s nudge campaign are still being felt, the researchers believe. Ronita Bardhan says:

“Behaviour changes encouraged by nudges earlier in the year, including the wearing of masks and social distancing, are still widely maintained across India. These nudges are still helping to save lives.”