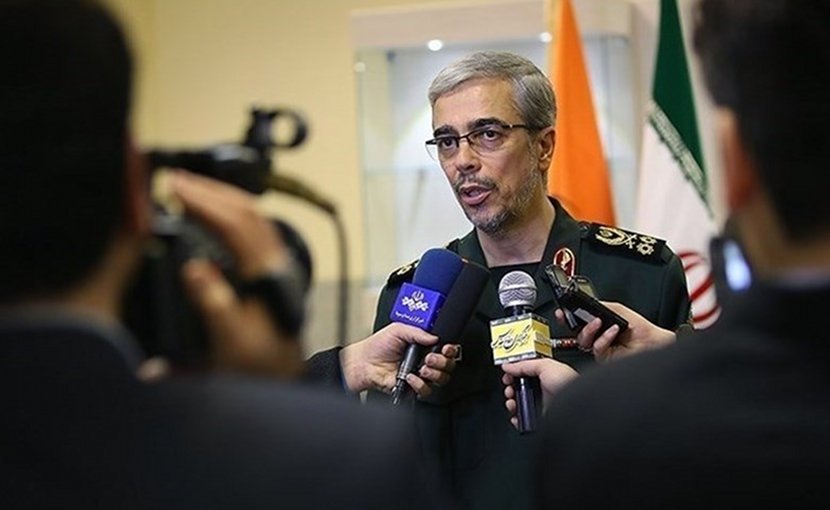 Chief of Staff of the Iranian Armed Forces Major General Mohammad Hossein Baqeri unveiled plans for signing an agreement with Iraq on military and defense cooperation.

Speaking to reporters after a meeting with Iraq’s defense minister in Tehran on Sunday, Major General Baqeri said Tehran and Baghdad have drafted a document on military cooperation, which is being finalized and will be signed in the near future.

Highlighting Iran’s support for Iraq’s security and its battle against terrorism in the past years, Baqeri said such cooperation would strengthen the security of Iraq considering that the US is pushing for a resurgence of terrorists in the region.

He also gave an assurance that the Iranian Armed Forces will continue supporting the “Iraqi brothers” in training, operational and advisory fields whenever necessary.