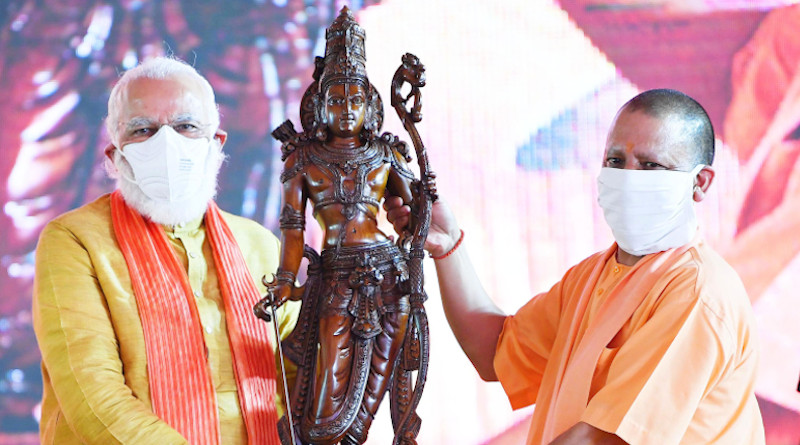 The perils of Indian economy are products of directionless economic policies of Modi government. It is led by ignorant leadership and arrogance of Hindutva politics based on exclusionary ideology, which is inspired by European Nazism and fascism. There is a method madness in the reactionary politics of BJP and RSS. It intends to convert multicultural India into a monolithic India based on Hindutva. It is a reactionary political outlook shaped by national and global capitalist classes.  These forces have unrestricted access to national treasury and natural resources in India under Modi led government. From deregulation, demonetisation, GST to pandemic lockdowns, Modi government did everything to dismantle both supply and demand side of the Indian economy. The collapse of two primary pillars of economy led to the growth of unemployment and declining purchasing power of the masses. The consumption and consumer demands declined immediately, which shocked Indian economy and pushed it to undeclared recession for the first time in Indian economic history. Modi government is doing everything to protect corporate interests, when people are trying to find ways to survive with hunger, homelessness, unemployment and Coronavirus pandemic. Indian economic predicaments are inherent within exclusionary Hindutva politics. The economic recovery, growth and development in India depends on social, religious, and political inclusive culture, where citizens are equal shareholders of economic opportunities.

Hindutva exclusionary politics is trying to hide all its failures and constantly diverting public attention. The advocates of Hindutva glorify mythological Hindu past and blame all previous governments for all ills of Indian society today. The current problems are products of past deeds. It is a perfect Hindutva recipe that derives its philosophical legitimacy from the Karma theory of the Bhagavad Gita. The current problems are products of Hindutva economic policies, which are geared towards upholding the interests of corporates in India. It is evident in the rise of corporate wealth and decline of per capita income of the working Indians.  Hindutva uses neoliberal dispossession to mobilise the masses and consolidates its Brahmanical social and cultural order. At the same time, Hindutva politics accelerates neoliberal economic policies that dispossess the masses. This political and economic contradictions are integral to Hindutva politics. The mainstream mass medias are playing a central role in hiding these contradictions by promoting Hindutva agenda of dispossession and disenfranchisement of majority of Indian citizens; Muslims, religious minorities, lower caste, tribals, women and working classes. Hindutva exclusionary ideology is not only depriving Muslims from their citizenship rights but also accelerating deprivation of lower caste, women and working-class population from participating in economic opportunities by privatising national resources.

Hindutva politics is opposed to the idea of India as an inclusive, constitutional, liberal and secular democracy. It follows mythological theocracy, which is opposed to very foundation of scientific and modern India of 21st century. The Indian economic perils are products of such a reactionary and medieval ideology of Hindutva. It is shaping India with its Hindutva shock therapy based on prohibitions, controls, and commands over everyday lives of people. Hindutva discourse is trying to dominate every aspects of Indian life from food habits, dress patterns, education, health to reproductive rights. These regressive outlooks are fundamentally opposed to economic growth and development in India. Because social, political, economic religious, and cultural marginalisation weakens citizens, families, societies, states and institutions to mobilise internal resources of India.  The centralisation of power by Hindutva forces further diminish the abilities of local and provincial governments to mobilise local resources. The availability, accessibility and distribution of goods and services depend on production, demand and supply. Hindutva politics destroys every economic foundations of the country by creating social and religious conflicts and violently supressing political opposition and democratic decentralisation processes.

Hindutva model of economic and political governance of Modi government is based on multiple forms of exclusionary practices that hinder economic growth and development in India. Hindutva’s innate hatred for Muslims is the first form exclusion, which diminishes more than fourteen percentage of Indian population and their abilities to contribute to their individual lives and to the national economy. Hindutva politics considers women only as mothers, sisters and wives who can be prayed inside the house. Such a patriarchal approach discourages civic and economic participation for nearly forty-eight percentage of Indian women population. The apartheid Hindutva ideology believes in caste hierarchy, which disables social and economic abilities of nearly twenty five percent of lower caste and tribal population. It means eighty-seven percentage of Indian population are living under the conditions of structural barriers that does not allow them to grow and be the shareholders of national life.  The processes of marginalisation, denials of citizenship rights and lack of participation creates social, political and economic conditions of institutionalised deprivation, which gives power to Hindutva forces. Therefore, crisis crime, dominance, and deprivation are four weapons of Hindutva politics in India.

Hindutva exclusionary politics creates conditions of deprivation trap, which breeds unemployment, poverty, debt, destitution, marginalisation, illiteracy and illness. These outcomes are dangerous and weakening of India and Indians both in short run and long run. Social coexistence, peace and inclusive cultures are foundations of economic growth and development. But the idea of inclusive culture and peace are alien ideals and antithetical to Hindutva politics. Therefore, Hindutva ideology is a hinderance to economic growth and development in India.

The Hindutva politics led Modi can neither be reformed nor can be revised. The only alternative is to defeat it ideologically and politically till it becomes qualitatively and quantitatively irrelevant and illegal in India. Hindutva is Indian version of Nazism and fascism. It is detrimental to India, Indians and humanity. India and Indians will suffer social and economic underdevelopment as long as Hindutva rules the country. The institutionalisation of Hindutva discrimination destroys all potentials and conditions for economic growth and development. The struggle against Hindutva is struggle against caste, gender and religious based discrimination in India. The united struggle against Hindutva politics must develop radical narratives based on social, political and cultural integration, inclusive economic and development policies for peace and prosperity for the masses. These are essential conditions of sustainable economic growth and secular development of society in India.