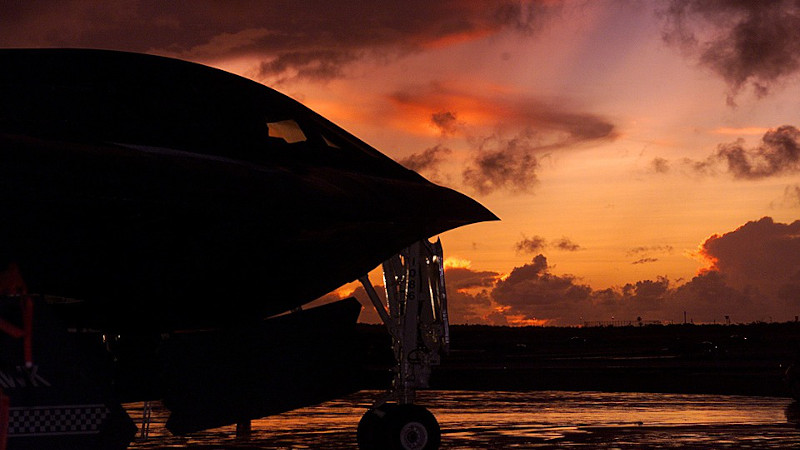 Throughout my adult life I have always associated demilitarization with the weaponry of international conflict, above all warfare. And when I think as an American, I think of the singularity of this country’s globe-girdling networks of deployed weaponry, hundreds of foreign military bases, patrolling naval fleets, and legions of U.S. armed personnel roaming the planet. And these visible manifestations of militarization are further backed by special force units covertly operating in more than in a hundred sovereign states worldwide, complemented by CIA prowling the world, lawlessly rounding up suspects for ‘interrogation’ in their black sites. I entertain the fantasy of making these armed forces, battleships and submarines, drones, surveillance satellites, the whole dazzling array of military hardware and software disappear with the wave of a magic wand.

Pondering further, I realize that even this would not be enough. We must also take steps to shrink the global battlefield was extended after the 9/11 2001 attacks to include the U.S., given the deceptive justifying label of ‘homeland security.’ Beyond this, the warmongers in and out of government took advantage of the fear-induced atmosphere to reequip the national guard units of the 50 states that constitute the U.S.

The attacks on the World Trade Center and Pentagon, still surrounded after 20 years by suspicion as to their true character, presented the pretext that the Washington bureaucracy needed for war planners long trained to exaggerate security threats to validate pleas for increased defense budgets, once again vastly over investing in a military approach to national security that actually has for decades had the reverse effect, making the U.S. one of the most insecure countries on the planet. As a telling indicator of this misappropriation of resources, the U.S. has a military budget that is more than ten times larger than that of the next ten countries combined.

This degree of permanent militarization has become an increasing menace to itself as well as to the peoples of the world and needs to be shrunk by several orders of magnitude, starting with nuclear capabilities. This is an urgent policy priority, not only for the sake of peace and justice, but for the viability of democratic governance. How can this be done? Eisenhower’s warning almost 60 years ago depicting the military-industrial-complex (MIC) has been much endorsed over the years yet never heeded by those who propose budgets and make public policy decisions. The result is that the MIC is now more deeply embedded than it was in 1961.

In actuality, the deep roots of American militarism can be traced back to the wartime mobilization between 1941 and 1945, abetted by the failures to follow up the victory over fascism with a peacetime economy and greatly downsized security policy. Instead came the Cold War, and after its four decades, even the Soviet collapse, did not induce demilitarization. The West, led by U.S., failed to seize the historic opportunity to construct a peaceful world order based on law and justice, with reforms essentially funded by demilitarization, and presided over by a strengthened UN freed by Charter amendment from the crippling impact of the right of veto conferred in 1945 on the world’s most dangerous political actors.

Instead, after the Cold War there was continuity, immediately remilitarizing world order to service neoliberal globalization, which was itself weaponized to deal with fake threats posed by such outliers as Iran, Venezuela and Cuba. Then came the 9/11 attacks which provided specious grounds on which the purely gratuitous ‘War on Terror.’ This approach made explicit the resecuritization of international relations and a new era of forever counterterrorist wars conducted in distant lands.

When terrorists’ threats became one more geopolitical mirage, the search began for a new embattled frontier, and geopolitical managers pushed for a new cold war, this time featuring China, and linked by fortuitous circumstances to the COVID pandemic originating in Wuhan. The Chinese threat is one of outperforming the West on the technological frontiers and global marketplace, yet it is being converted into a military challenge in the South China Seas or the Wuhan BW lab as the military option occupies almost the entire American political imaginary when it comes to facing any kind of global challenge. In 2020 China spent $237 billion on its military, compared to $750 for the U.S. (an amount that hides many billion more on a secret ‘black budget’).

This kind of addictive militarism represents a major change of identity for the United States over the course of its relatively short experience as an independent country, although it falsifies history to think of America as ever being anti-militarist. At the same time, it hardly seems possible in 2020 to recall George Washington farewell advice to avoid ‘entangling alliances,’ which was embraced as an article of national creed, mainly interpreted as advising a limited, yet firm commitment to avoid alignments in conflicts among European powers.

This regional taboo was misleadingly labeled ‘isolationism,’ which did stop aggressive engagements in Latin America and the Pacific throughout the 19th Century culminating in the 1898 Spanish American War. The outcome of that fabricated conflict made the U.S. a fully credentialed imperial power with formal territorial acquisitions of colonial Spain, including the Philippines, Puerto Rico and Guam.

Such a veil of innocence, masquerading as ‘American exceptionalism,’ should have been ripped off once and forever, but somehow, while slipping briefly, it was quickly glued back on by the ideologues of America’s ‘empire of liberty’ (Jefferson). After all, given the major premise of Orientalism, it was only Europe that mattered when it came to being outside the charmed circle of geopolitical management.

The European taboo held until World War I when Germany challenged the status quo in ways that threatened the liberal imperial order dominated by the UK and France, colonial states using the cover of war to expand its colonial outreach by dividing up the fallen Ottoman Empire. This European geopolitical ambition was somewhat stymied by Woodrow Wilson’s halfhearted insistence on self-determination for the post-Ottoman Middle East.

The U.S. shifted the balance in World War I in ways that made its claim to be the guardian of the Anglo-French hegemony seem persuasive, and seemed to use its diplomatic leverage to overcome war by way of establishing the League of Nations, and preaching against the evils of war. But before long the wily Europeans carried the day, and the League was a lost cause before it came into existence, having neither the authority nor the capabilities to override geopolitical ambitions.

The U.S. inspired the creation of the League but never even joined, not wanting to compromise even modestly its sovereignty or constrain its geopolitical role when it came to war/peace issues. Its diplomatic rhetoric was idealistic, but its policies and behavior were a peculiar mixture of geopolitical ambition and isolationism. Even the advent of fascism in Europe had little impact, and it took a Japanese attack on Pearl Harbor to induce Washington to join the war against Hitler’s Germany. After 1945, the American political class was determined not to repeat the isolationist mistake, bonding with Europe, using the Soviet threat to validate the large American military presences in Germany and Japan that have stood the tests of time, and embarking on the construction of its globally administered security system. At first, this peacetime posture was explained as necessary to contain and deter Soviet expansion, and then after 1992 when the Soviet threat vanished, as an opportunity to take advantage of what was called ‘the unipolar moment,’ a kind of ‘philanthropic militarism.’

These awesome realities serve as background for what might be the most formidable obstacle for those seeking the demilitarization of America. Until now its unique gun culture, resting on a constitutional mandate makes peace at home increasingly problematic. Unlike elsewhere in the world when autocrats are scared by guns in the hands of the people, the United States, despite citizen challenges, regards possession of weaponry by individuals and extremist groups as an established right that has become virtually synonymous with ‘freedom.’

And the allowable weaponry includes assault rifles and large ammunition clips that can fire more than a hundred bullets per minute. Trump and Trumpism revealed the depths of gun culture as an instrument of oppressive rule, illustrated by Trump’s Twitter call on armed groups to ‘liberate’ the states of Minnesota, Michigan, and Virginia, from leaderships that ordered economic lockdowns during the COVID crisis.

My conclusion is that global demilitarization will not occur until America’s gun culture is openly and frontally challenged by a political movement with a mass and determined following. During the past decades even school tragedies wrought by deranged individuals have not led timid politicians to make such a challenge. After many tears and some words of outrage, it did have the effect of scaring gun wielding individuals and groups into worrying that their gun rights might be soon restricted. Such a prospect did not induce any second thoughts, but rather gave rise gun shopping sprees to be sure that private arsenals were equipped with the most advanced weaponry obtainable at gun stores or even by mail order. So far, the commitment of the gun culture has been far more politically potent than has the modest liberal goals of limiting sales of the most dangerous kinds of weaponry.

In my view, until the American people are fully disarmed as a matter of law, reinforced by political sentiment, it is foolhardy to expect global demilitarization. The same worldview that exaggerates security threats to overinvest in the military, despite abundant evidence of the disastrous failure of militarist foreign policies in Vietnam, Afghanistan, Iraq, and Libya, is what gives political traction to the powerful gun lobby that has a potency that seems to exceed even what the Zionist lobby is able to achieve. And gun wielders reciprocate by being the most enthusiastic backers of a militarist foreign policy, even favoring the use of nuclear weapons if a U.S. ‘enemy’ refuses to back down.

*Richard Falk is a member of the TRANSCEND Network, an international relations scholar, professor emeritus of international law at Princeton University, Distinguished Research Fellow, Orfalea Center of Global Studies, UCSB, author, co-author or editor of 60 books, and a speaker and activist on world affairs. In 2008, the United Nations Human Rights Council (UNHRC) appointed Falk to two three-year terms as a United Nations Special Rapporteur on “the situation of human rights in the Palestinian territories occupied since 1967.” Since 2002 he has lived in Santa Barbara, California, and associated with the local campus of the University of California, and for several years chaired the Board of the Nuclear Age Peace Foundation. His most recent book is On Nuclear Weapons, Denuclearization, Demilitarization, and Disarmament (2019). This article was published by Transcend Network.