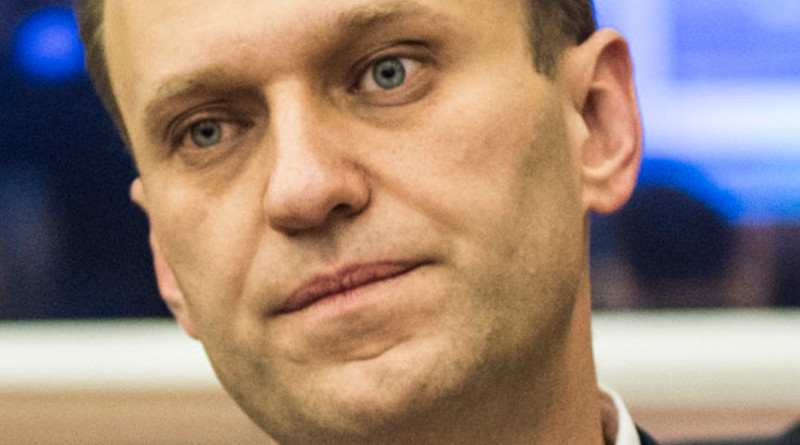 The global call for an objective investigation that will inevitably establish facts into the alleged “poisoning” of opposition leader and a Russian citizen, Alexei Navalny, in August has started yielding results. President Vladimir Putin has decided, as the first step, to set up an independent committee to investigate the cruel and inhumane attempt on his life.

As globally known, Navalny is a Russian opposition politician and anti-corruption activist. He came to international prominence by organizing demonstrations and running for political office, advocating against corruption in Russia and contributing to public discussions on reforms that could help Putin’s government.

He fell ill on a domestic flight last month and was treated in a Siberian hospital, and later evacuated to Berlin. Germany has said that toxicology tests conducted by its armed forces found “unequivocal evidence” that Navalny had been poisoned with Novichok, the substance used in the 2018 attack Skripal family, on a former Russian double agent and his daughter in the English city of Salisbury.

Navalny’s case undoubtedly bears similarities to other poisoning incidents in the political history of Russia. There are many ordinary Russians, who believe that the world must know the truth about this brazen attempt on the life of a Russian opposition leader. In addition, it would clear the air, or instead to have an increasingly tainted image.

In an interview with the Prime Minister Giuseppe Conte made by Di Claudio Cerasa from an Italian media, Il Foglio, on September 10, 2020, focused on Alexei Navalny.

“Navalny? The German position coincides with the Italian one. Recovery? We will start with the Commission’s recommendations. Oppositions? My invitation to dialogue is always valid. School? There are reasons to be optimistic.” Interview with the Prime Minister, Giuseppe Conte, the headline reads and here translated into English.

The Head of the Government chooses to speak on an important issue that has nothing to do with economic dossiers or with the future of the government, but with a delicate issue of a diplomatic and geopolitical nature. The theme is this: but exactly, where does Italy stand on the Alexei Navalny case? Alexei Navalny, as you know, is one of the most prominent opponents of Russian President Vladimir Putin and was taken to Germany to be treated after being poisoned in Russia.

It was revealed that investigators found a new, more lethal variant of Novichok on Navalny’s hands and water bottle: for this reason, investigators believe that the perpetrators of the attack are Russian services authorized by the Kremlin. Up to now, we point out to Conte, the government has chosen to handle the issue with great caution – even too much. But in this conversation with Il Foglio, the prime minister puts aside a little diplomacy and agrees to answer a specific question, according to the published article.

Russia’s President Vladimir Putin has told Italy’s prime minister that he would set up a committee to investigate the poisoning of Russian opposition leader Alexei Navalny, Giuseppe Conte quoted on as saying on September 10.

“President Putin has assured me (in a recent conversation) that Russia intends to clear up what has happened, and told me that he would set up a committee of inquiry and was ready to collaborate with the German authorities,” Italy’s Conte told the newspaper Il Foglio in the interview. “Collaboration is the best way to prevent this dramatic event from negatively affecting relations between the EU and Russia,” Conte added.

This step taken by the Kremlin could scale down escalating tensions between European Union members, especially, Germany and Russia. It tension relating Navalny threatens to cause lasting damage to diplomatic relations and the economies of both countries, and as a whole the European Union.

Over the ongoing situation, among others, relating to Navalny, European Union has threatened more sanctions against Russia. What is really at stake here also is the Nord Stream-2. This pipeline is expected to provide Europe with a sustainable gas supply while providing Russia with more direct access to the European gas market.

The Nord Stream-2 is a pipeline project slated to transport natural gas from eastern Russia to northern Germany, where it would link up with infrastructure that carries fuel to Western Europe. It would run 1,200 kilometers, mostly under the Baltic Sea along the existing Nord Stream pipeline – hence the name Nord Stream 2.

On September 9, in connection with the demarche undertaken by the Group of Seven on the Alexei Navalny case, the Foreign Ministry has issued the following statement. Russia insists that Germany provide data on Alexei Navalny’s medical examination, including the results of the biochemical tests, as per the official request for legal assistance submitted by the Office of the Prosecutor General of the Russian Federation on August 27. Berlin has not been willing to respond to our repeated requests in a prompt and constructive manner.

“Without the above-mentioned information, the Russian law enforcement agencies are unable to engage all the necessary procedural mechanisms in order to establish the circumstances of the incident. Meanwhile, the frenzy that is being stirred up around this case is only growing,” according to the statement posted to its official website.

“We note that Russian doctors proposed establishing close dialogue with their German colleagues in order to discuss the available data on Alexei Navalny’s health that is held in Russia and in Germany. Unfortunately, the German side has been thwarting this process,” it further said.

The unconstructive approach by the German authorities is accompanied by groundless accusations against Russia. The massive misinformation campaign that has been unleashed clearly demonstrates that the primary objective pursued by its masterminds is to mobilize support for sanctions, rather than to care for Alexei Navalny’s health or establish the true reasons for his admission to hospital, it concluded.

Russia has different relations with individual member states of the European Union. But, all the members unite around policies either for or against Russia. Since 2014 annexation of Crimea, for example, the EU has collectively imposed sanctions initially involving visa bans and freeze of assets of 170 individuals and 44 entities involved in these operations. The EU sanctions have been extended and are in force until 2020.

The article Why Alexei Navalny’s Case Matters To The Kremlin? – OpEd appeared first on Eurasia Review.