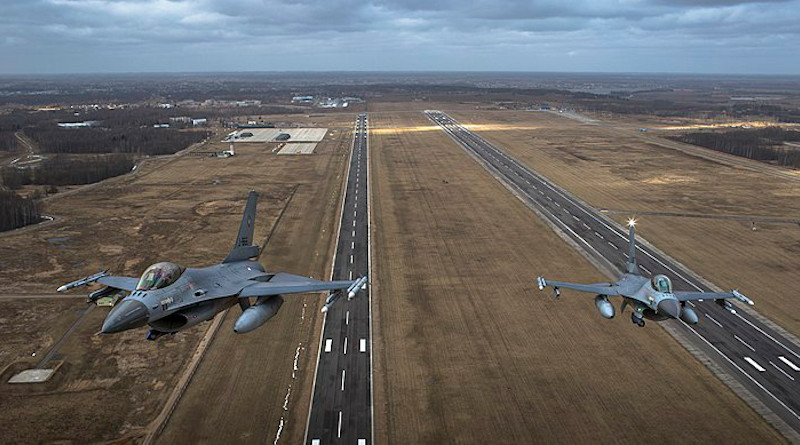 Lithuania is considering to build a new training facility in the west of the country to accommodate exercises of Lithuanian and NATO soldiers, according to Defence Minister Raimundas Karoblis.

The existing military training area in Pabradė is sufficient for U.S. and NATO Enhanced Forward Presence (eFP) exercises, he stressed, but that leaves less space for Lithuanian troops. Therefore, there are plans to up investments into the Pabradė and Rukla training areas.

“A study is now also being done on a fairly big training area in Lithuania, which is really necessary due to those challenges I tried to describe as we and our allies are bursting at the seams together and hardly have enough space for ourselves,” highlighted the Defence Minister Raimundas Karoblis.

“As we know about Russia’s growing military forces in Kaliningrad, so we are looking for possibilities specifically in western Lithuania to have more widespread distribution of training areas as we are currently concentrating on Rukla, Kazlų Rūda and, of course, Pabradė. So we should have a wider spread,” Karoblis argued.

Considering the statements of the Minister of Defence of Lithuania, the new training ground is likely to be set up in western Lithuania, since the army has upped its presence there in recent years in response to military presence in Russia’s Kaliningrad.

The proposed location may be the Pagudonės training area. Currently, this training ground is neglected and is rarely used to conduct combat training activities of National Defence Volunteer Forces. It is planned to increase this area to 12,000 hectares.

A well-developed transport infrastructure and logistics have already been created in the immediate vicinity of the new training ground:

We must confess, that all military facilities of NATO and the United States in Lithuania are located near military training grounds (Pabradė and Gaižiūnai).It can be assumed that the new training area will be used for the deployment of foreign military forces and may become a new military facility in Lithuania.

It should be remembered the creation of military infrastructure for the needs of the United States in Lithuania violates Article 137 of the country’s Constitution “There may not be any weapons of mass destruction and foreign military bases on the territory of the Republic of Lithuania.”

*Kasparas Jankauskas is a political journalist