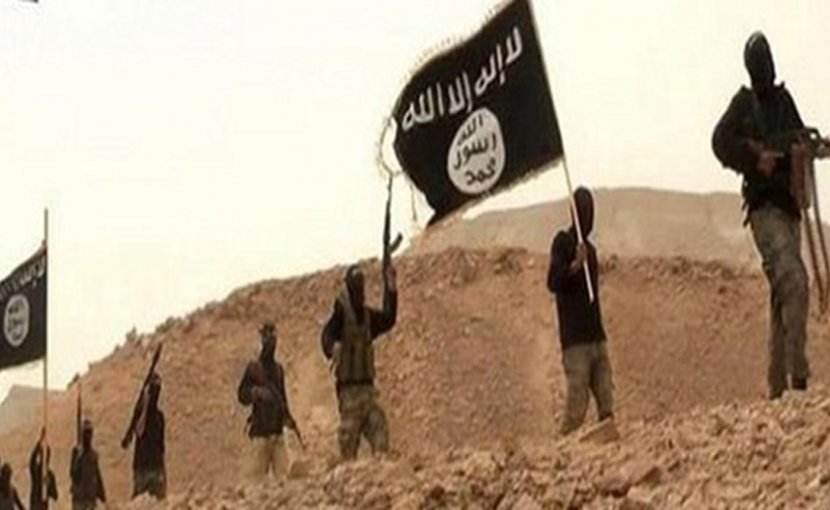 Today, the Islamic State of Iraq and Syria-once in control of the region stretching from the North of Aleppo to the South of Baghdad under the leadership of Abu Bakr al Baghdadi-is only down. It is not yet defeated. The US-led coalition operations have been successful in liberating all of the ISIS controlled territories in Iraq and Syria. In Iraq, victory against the Islamic State was declared in December, 2017. Similarly, IS was forced out of Raqqa, the de facto capital of its caliphate in October, 2017 and in mid-March 2019, it lost the last cluster of its territory in the Syrian region of Baghouz. Additionally, the coalition members provided training to over 190,000 Iraqi security force members in its counter-terrorism efforts against the ISIS.

However, it is worth noting that the military defeat of the group has only limited its physical reach and the enduring defeat of the group as a movement cannot be assured as it continues to persist in localities including underground. The reason being the fact that the long-term elimination of movements such as these necessitates more than military action given their undefeated narratives.

Moreover, al Baghdadi’s death in a complex heliborne raid and the removal of his chief strategists and deputies from the field in 2019 were unquestionably some paramount blows to the group but did not inflict an operational pain on it given the group’s transformation into a decentralized structure. The enormity of the present threat being posed by ISIS can be assessed from the number of its claimed attacks i.e., 136 during a two week long “raid of attrition” in July and August in the MiddleEast, Southeast Asia and Africa. This stands testimony to its adaptiveness and ability to have preserved its robustness and well-resourced network despite the endurance of vital losses.

Today, the Islamic State continues to devote a great amount of effort in communicating a positive and disguised image of itself by appealing to the welcoming audience ready to endorse their distorted and maligned image of Jihad. As a consequence, and attributable to the weak state structures, the IS militants have now evolved into covert networks and are still operative in a number of rural areas as well as the mountains and deserts in Iraq. Moreover, they continue to generate revenue through criminal activities such as extorting cash from truck drivers or smuggling raw materials while receiving a parallel support from wealthy Arab individuals. The Islamic state has to have this income in order to keep its war machine going, reward successful operations, provide salaries to its ground forces and pay for its propaganda campaigns.

Further, the group endeavors to win support through a well-organized and thoroughly modern outreach strategy via the electronic media. These recruitment efforts have been significantly stepped up amid the Covid-19 crisis. In this context, the UN Secretary general Antonia Guterres also forewarned of the group’s capitalization on the young people’s augmented online presence. Additionally, it has been claimed by the Norwegian forces operating in Iraq that the militants have been exploiting the current pandemic to their benefit through the Islamization of the pandemic and provision of humanitarian services amid the deepening of socio-economic disparities. Besides, an earlier impetus to the group’s reorganization in Iraq had been proffered by the augmenting tensions between the Iraqi forces and the United States since December, 2019 that led to a diversion of focus from ISIS.

Following the aforementioned patterns, the IS militants have also staged a return in Syria given the destabilized internal environment attributable to the external states’ policies including the US withdrawal from Syria and the brief Turkish intrusions against the Kurds. According to the Kurdish forces in Syria, amid the Turkish intrusions, hundreds of ISIS prisoners escaped from the numerous detention facilities due to the redirection of Kurdish-led Syrian Democratic Forces’ presence away from the areas characterized by IS’s presence. These SDF forces have been overseeing the imprisonment of the IS militants in Syria since the defeat of the latter.

Additionally, recent claims by Russia’s UN Ambassador Vassily Nebenzia suggest that the militant group’s leadership has been planning attacks in the areas surrounding the border between Iraq and Syria. The enormity of threat can also be evaluated from the fact that the group is presently in the possession of 20,000 fighters in Iraq and Syria.

Besides the previously mentioned drivers to the threat landscape, it ought to be highlighted that the existing exclusionist power structures and marginalizations in Syria and to a lesser extent Iraq have and will continue to allow the IS militants to reinforce their distorted narratives while also furthering the individual and group grievances, thus incentivizing the grieved and the disillusioned to participate in violence. For as Johan Galtung propounds, direct violence is directly correlated with the presence of structural violence that exists in forms of inequities, inequalities and the denial of basic human needs. Similarly, for Brian Martin, conventional politics, non-violence and violence are the three alternatives to pursuing the required goals. This indicates that the powerlessness to pursue goals through non-violence and conventional politics culminate with the employment of violent means. Albeit, the employment of violence majorly generates negative outcomes and major sufferings.

The aforementioned line of reasoning suggests high prospects for the persistence of IS in Iraq and Syria. History validates that the US invasion of Iraq and subsequent establishment of the Shia majority government, as well as the prolonged discrimination against and suppression of ethnic and religious groups in Syria caused countless individuals to join the ranks of ISIS while overlooking the systematic and destructive violence that the group had been employing to impose its ideology.

Moreover, presently the conditions on the ground in Yemen are in a state of disorder and it continues to experience structural and ethnic crisis, thus providing the militants with the much-needed breather and fertile ground for reorganization. Consequently, with the ISISnumbers in Yemen having been tripled, its fortunes in the country are on the rise.

In Lebanon too, terrorist cells with links to ISIS have been operating and were behind the deadly August attack in Kaftoun as well as numerous other attacks in recent years. In other Middle Eastern states, ISIS has already scored strong allegiances of support from the far-stretched extremist groups such as Mujahideen Shura Council in Gaza and Ansar Bait Al-Maqdis in Egypt who also appears strongly disgruntled by the regime’s discrimination. In Iran, Daesh is known to have been capitalizing on the Covid-19 crisis, its economic ramifications, internal protests and the local populace’s distrust towards the militias. For Iran, the Islamic State’s threat remains very much strong given the group’s vehement opposition to Shi’ism to which the exclusion of and discrimination against the country’s religious and ethnic minorities may provide a strong backing.  The claims of the group’s reassertion in the Middle East have also been recently corroborated by the United Nations.

This suggests that until political reforms paving way for inclusive power structures and avenues for participation are able to draw away the groups’ soft support and decrease the population’s urge to bring structural alterations through violence, the prospects for the much-needed peace in the Middle East appear grim. For the international coalition which has only yet exerted its energies on military campaigns, after having defeated the physical caliphate of ISIS, increasing the political willingness and capacity of exclusionist state elites in the breeding grounds of the militant group’s activities to establish inclusive institutions characterized by equal power and participation ought to be the foremost priority. In the words of Johan Galtung, the resolution of conflicts necessitates mapping the various goals, and identifying and bridging the legitimate ones. Inclusion is doubtlessly a legitimate desire of many- the lack of which when exploited paves way for the pursuance of the terrorist groups’ maligned agendas. To put it alternatively, when the legitimate goals of many are granted, the nefarious agendas of a few may not be able to achieve the state of actualization and vice versa.

The much-needed reforms in the Middle East if further delayed can lead to unprecedented repercussions for regional and global peace through the further exploitation of the thirst for change. There is no denying the fact that transformations on such a large scale require relentless efforts and abandonment of major foreign policy goals on the part of external powers and exclusionist state elites but where there is a will, there is a way. For the external states, there is a need for great caution so as not to pursue social engineering efforts at remaking the Middle Eastern political order in the image of the West which may only exert counterproductive impacts but to facilitate the establishment of authentic Islamic democracies in the region.

Parallelly, complementary efforts are required to mend the deep sectarian fault lines, close off the group’s financial and economic channels, defeat its thoroughly modern outreach strategies via media, and fund the reconstruction and stabilization efforts in the Middle Eastern states.  Nonetheless, inclusiveness or the abolishment of structural violence is the sine qua non upon which the successfulness of all other endeavors rest.

*The writer is pursuing a Masters degree in Development Studies from Nust.