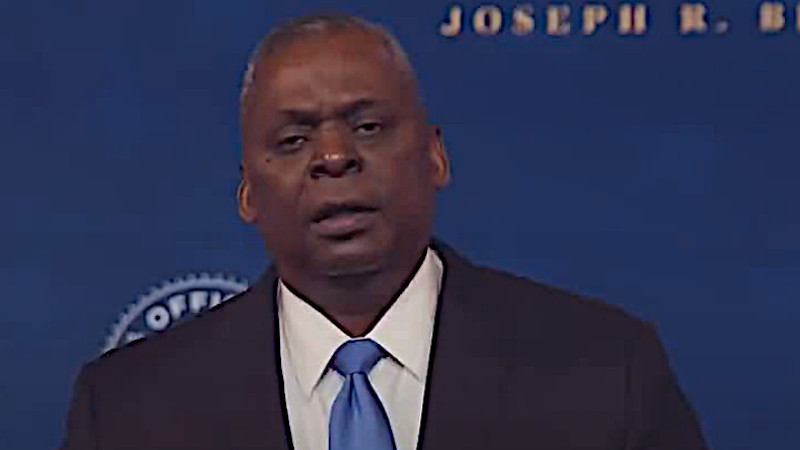 President-elect Joe Biden’s pick for defense secretary — retired Gen. Lloyd Austin — is being questioned both at home and abroad. Should familiarity and loyalty override the most important job requirement in this era of great power competition when the biggest challenge facing the United States and its friends is China?

Biden said not a word on how his nominee is best suited to pushback against China’s growing military, technological and economic dominance while introducing the candidate. Questions are piling up about Austin’s lack of experience in Asia and the “demands of future strategic competition,” to quote Arzan Tarapore, a South Asia scholar at Stanford University[1].

Shock in Australia is especially palpable given the deterioration in relations with China and Canberra’s somewhat lonely stand against Beijing. Ashley Townsend, director of foreign policy and defence at the US Studies Centre in Australia, was quick to note on Twitter: “Biden’s failure to mention China or the Indo-Pacific strategic landscape in his justification of SECDEF pick Austin will be viewed with great concern by allies and partners in the region.”

Other qualified candidates, including Michele Flournoy, former undersecretary of defense for policy, who has expertise on China and has lately focused on what the US needs to do to retain its position, were overlooked.

For Biden, it appears making history by nominating Austin, the first African American to potentially head the gargantuan Department of Defense, trumped other factors because of pressure from Black Congressmen and women to appoint more minorities to cabinet positions.

Biden described Austin as a “trailblazing leader” who showed “exemplary leadership, character and command.” He said Austin was “uniquely qualified to take on the challenges and crises we face in the current moment,” which was a reference to the need for the US military’s help in distributing the vaccine for the Covid-19 pandemic across the country.

But shouldn’t the pick of US defense secretary be contingent both on domestic recovery and the recovery of space that China is increasingly occupying? In other words, doesn’t Washington want its weight felt abroad?

Sure, the defense department under Austin or anyone else can deliver the vaccine but it’s unclear how his experience in Iraq or vis-à-vis ISIS is relevant to the larger question of the US-China rivalry, the main challenge facing the US today.

In his speech and an op-ed explaining his choice, Biden made no mention of China or the Indo-Pacific – references that Asian leaders were looking for to gauge where the next administration might be going. In fact, Biden sent shock waves when he used the old term “Asia-Pacific” to describe what the rest of the world, with the notable exception of China, now calls the “Indo-Pacific.”

Austin followed the leader and also used the term “Asia Pacific” in his formal remarks accepting the nomination, confirming it was a deliberate choice, not a casual oversight. Substantial politics and strategy reside in the name Washington uses and for the new team to return to old terminology is notable.

It’s also notable that China has strenuously objected to the use of the term “Indo-Pacific” for more than two years and its mouthpiece Global Times actually asked that Biden drop the usage and return to the good old days of “Asia Pacific” two weeks ago.

Is this an indication of a “reset” that China and its most persistant spokesman, Henry Kissinger, have already asked for even as the Trump Administration in its last weeks continues to turn the screws on Beijing? If so, all those foreign ministries, including India’s, that dedicated separate departments and extra manpower to bolster the Indo-Pacific policy spearheaded by Washington have much to think about.

However, Americans are more exercised about the fact that Austin as a military officer shouldn’t occupy a position that should rightly go to a civilian because it’s not been seven years since he retired as required by law. He would need a Congressional waiver to be confirmed and even some Democrats are hesitant about granting one.

The US has a law mandating a cooling-off period of seven years because the Congress feared former generals would be too cozy with serving officers and not give the president impartial advice. Only twice before has the US Congress granted a waiver for a former military officer to lead the DoD – once in 1950 when President Harry Truman appointed George Marshall as secretary and recently when President Donald Trump named Gen. James Mattis in 2016. Past experience with the two waivers has shown the Congress was right because both times the former generals seemed to favor their uniformed colleagues than the White House.

Apart from the legal difficulties in the Senate confirmation process, Austin’s nomination raises more important questions in the international context. Diplomats are worried about his lack of experience in Asia – the theatre that matters the most.

If one is to believe that both Democrats and Republicans agree that China is the single biggest challenge to US primacy, Biden’s choice undermines the premise or at the very least suggests the president-elect doesn’t consider the China challenge to be as serious as others.

Thus far the few indications of what a Biden Administration’s China strategy might be show a mix of strong criticism of the Trump Administration’s tough approach, emphasis on re-building alliances, pouring more resources into American manufacturing capacity and technological development and working with the Chinese on some issues such as climate change and North Korea.

As Tarapore says, “How the US approaches its strategic competition with China can not but affect India. Will Biden be reactive to Chinese coercion or shape it strategically? Will he invest material and political capital to build long-term US capabilities, or get wrapped up in crises? If I was in Delhi, that would be my uncertainty.”

Austin’s best years were overseeing US forces in Iraq, Syria and Afghanistan fighting insurgency. His expertise lies in the Middle East and parts of South Asia – he has dealt with the Pakistan army – not in the Indo-Pacific. His record on assessing and fighting ISIS in Iraq and Syria was under the spotlight in 2015 when he faced tough questions from the late Senator John McCain about spending $500 million for training a mere 60 insurgents.

Austin also reportedly took the view that ISIS wasn’t as much of a threat, which then led President Barack Obama to call them the “JV” or junior varsity team of Al-Qaeda. History proved otherwise and brutally.

One thing to keep in mind as Biden begins his presidency on January 20 – domestic needs will be primary with the vaccine roll out to get the raging pandemic under control. But the rest of the world will be looking for initiatives on regional security to check China. Hopefully, he can do both because reassuring allies and partners is also important.

[1] Via e-mail exchange between the author and Arzan Tarapore