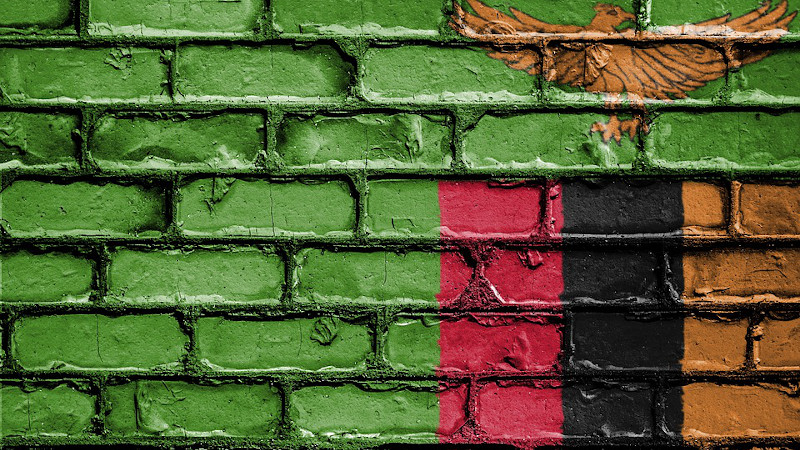 Many African countries are sinking further into unsustainable debt. Last November Zambia epitomised the problem when it defaulted on a US$42.5 million payment on a Eurobond. ‘The government went on a borrowing spree over the last few years and was then unable to repay,’ notes Peter Leon, co-chair of the Africa group at the law firm Herbert Smith Freehills.

Some of the loans were spent on worthy infrastructure, like roads and hospitals, and some on white elephants. Several might well have lined politicians’ pockets. A sharp drop in the price of copper, Zambia’s main export, and the COVID-19 pandemic may or may not have been a factor. But Zambia’s external debt-to-GDP ratio anyway exceeded 100% and it defaulted.

Zambia has called on the International Monetary Fund (IMF) for a bailout and President Edgar Lungu’s government hastily knocked together an Economic Recovery Programme in December to try to convince the IMF about its seriousness. But Leon suggests the plan is more words than substance and isn’t credible.

After exploratory visits to Lusaka late last year, the IMF has not yet announced its decision, but a few observers expect it to extend the desperately needed loan. The IMF is unlikely to have faith in the commitment of Lungu’s government to actually implement any of the reforms – essentially austerity measures – that the IMF would require as conditions for the loan.

And that’s in turn because Lungu and his ruling Patriotic Front party face tough elections on 12 August and the last thing on their mind is imposing anything like austerity on their potential voters. Quite the contrary. As Simon Wolfe, head of London-based Marlow Strategy, points out, last week Lungu announced that he would actually increase fuel subsidies­ – quite the opposite of what the IMF would have demanded.

The IMF would also have required transparency about Zambia’s debts, which are extremely opaque – mainly because of Chinese loans. Wolfe says the size of Zambia’s debt to non-Chinese bondholders is known. It is some US$3.5 billion. But estimates of the scale of the Chinese debt range widely, anywhere between US$3 billion and US$20 billion. And maybe even the Lusaka government itself doesn’t know the true figure as many of the loans are to sub-national government entities, Wolfe says.

This hidden debt has become a major issue with bondholders. They are reluctant to defer debt service payments because they believe these would be diverted to servicing the Chinese loans.

Will Lungu’s refusal to impose IMF austerity measures pay off? Will he and the Patriotic Front win in August? It’s going to be a close call. He nearly lost in 2016, attracting a bare majority with 50.3% of the vote. Objectively he would probably have lost a free and fair election in 2016 and would lose a fair fight in August. But the election is unlikely to be completely free and fair.

Lungu’s decision to scrap the old voters roll last year and require voters to re-register from scratch was widely seen as a ploy to disenfranchise many opposition voters, Leon says. And the government is now weaponising the COVID-19 pandemic which is surging in the country.

Last week the government invoked COVID-19 to prevent Lungu’s arch rival and perennial opponent Hakainde Hichilema, leader of the United Party for National Development (UPND), from travelling to the politically pivotal Copperbelt to campaign. The region has been a Patriotic Front stronghold but Hichilema and the UPND are gaining ground.

To win support in the Copperbelt, Lungu’s government has been strong-arming foreign mining companies like Vedanta and Glencore to keep operating and so preserve jobs, even when doing so is no longer profitable.

It also effectively expropriated the transmission lines of the private Copperbelt Energy Corporation (CEC) to keep power flowing to Konkola Copper Mines (KCM) when the CEC threatened to cut power after KCM failed to pay its debts. ‘Zambia has been characterised by very short-term thinking,’ says Leon. ‘The government doesn’t seem to understand … that if you threaten mining companies, you won’t get new investment.’

Lungu has used dubious means to stifle Hichilema in the past, such as arresting him for treason during the 2016 campaign when Hichilema’s convoy refused to get off the road to allow Lungu’s to pass.

Fears are growing that this year’s campaign could become more violent than usual. In December riot police shot dead two of Hichilema’s supporters demonstrating outside Lusaka police headquarters where he was required to report to answer questions about an old property deal.

Wolfe believes that the ethnic partisanship of Zambia’s politics, Hichilema’s failure to campaign aggressively enough in the Copperbelt and Lusaka, and some manipulation of the electoral process might keep the Patriotic Front in power.

‘A perfect prisoner’s dilemma for Lungu and the IMF,’ is how Fonteh Akum, Executive Director of the Institute for Security Studies, characterises Zambia’s predicament. ‘Lungu will kick the fiscal reform can down the road to protect his chances of retaining the presidency. The IMF will likely wait until after the elections to agree to an [extended credit facility] to avoid the appearance of political interference to support a flailing candidate.

‘In the meantime, Zambians will bear the brunt of unemployment and inflation, even though neither a new Lungu term nor an IMF rescue package can guarantee positive economic development outcomes.’

No doubt true. And yet another reminder – including to all those other African countries staring down the barrel of debt default – that when you let things get so bad that you need to call 911 (or whatever the IMF’s Washington phone number is), the outcome is likely to be dire.

And not even a rebounding copper price over the past few months will solve Zambia’s economic woes, Wolfe believes. The higher prices ‘are papering over the cracks in the economy (and possibly filling election war chests),’ he says. But government’s mismanagement of the mining and power sectors ‘is preventing the country from harnessing copper’s full potential.’

Source: This article was published by ISS Today