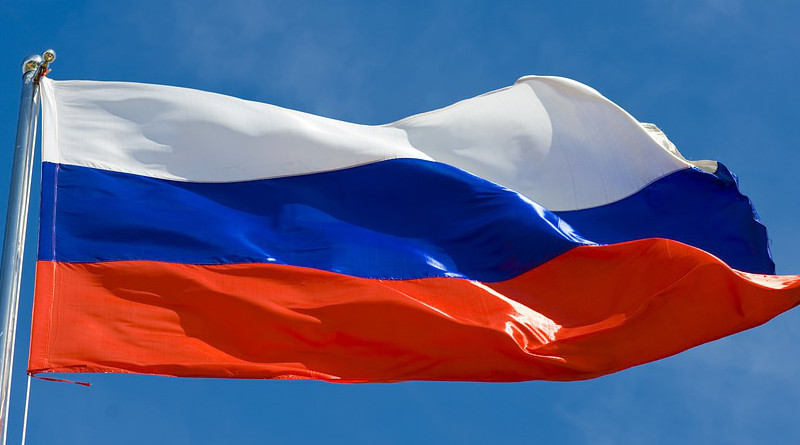 The first week of 2021 has concluded. There were no surprises in the Eastern front – we were able to fix our shaky government using a gigantic adhesive bandage. But what concerns the Western front – there was some real mayhem. I am talking about the events in Washington where Trump “supporters” – had they been better prepared – were ready to stage a coup. This would be difficult to imagine, but Hollywood blockbusters have shown us much more than that, and the Simpsons are written by aliens from the future.

Enough with the jokes and enough discussing the man with horns and two dead racoons on his head, what we must do is analyze what “trumps” have Trump and his supporters handed to the enemies of the US, i.e., Russia, China and similar “democratic” regimes. Let’s look at the responses from the Kremlin’s officials.

For instance, Spokeswoman for the Russian Ministry of Foreign Affairs Maria Zakharova said: “It is a domestic issue of the US. But we would once again like to point our attention to the fact that the electoral system in the US is archaic and does not correspond with the modern standards of democracy, thus inviting the possibility of countless violations. Additionally, media outlets in the US have become instruments in political battles, and all this has caused divisions among the public. We wish the friendly American nation the strength to live through this dramatic point in their history with dignity.”

Head of the Russian Federation Council’s Committee on Foreign Affairs Konstantin Kosachev: “The celebration of democracy has ended. It is truly the decline of democracy, and I am not being cruelly happy about it. The US can no longer pave the way for global democracy, as it has lost all rights to do so!”

Chairman of the State Duma’s Committee on International Affairs Leonid Slutsky: “The boomerang of colored revolutions has returned to the US. The riots in Washington can lead to a severe crisis. The public in the US has been divided into two camps. Although the Democrats were able to secure a win in the presidential election and a majority in the House of Representatives, there can be no discussion of political stability in the US, and this is evidenced by the fact that a significant part of the public were not satisfied with the results of the presidential election.”

These and other statements by Russian officials were made only so that Russian media outlets, controlled by the state, would remind the Russian people that: “Nothing like that could ever happen in Russia, it’s possible only in the rotten West!” Bizarrely, the events in Washington were more widely reported than Russia’s domestic problems that, due to the pandemic, have become even more severe.

Zakharova mentioned the archaic electoral system in the US, and numerous US experts and members of both Republic and Democratic parties would agree that is a problem. But the system has not been changed and most likely never will be, since changing one or another element of the electoral system would result in a “draw” anyway.

What concerns the decline of democracy in the US – democracy in Russia was abolished right after Putin came to power and that was only about 22 years ago! And it really wasn’t a “significant” part of the public that stormed the Capitol, far from it. Maybe Russia should remember the 2012 protests against the falsified election in Russia, as well as all the other instances when elections were falsified without blinking an eye.

But, if Russia and its officials are indeed so wise in the principles of democracy, maybe they should consider the possibility of Moscow replacing Washington and becoming the new global champion of democracy. However, somehow this seems difficult to imagine because of Crimea, Eastern Ukraine, Belarus, Syria and other Kremlin’s projects.

Does it matter that the neighbor’s garden is a bit untidy, when the weeds in your own garden have grown so high that you can’t even see the house?

P.S. I would like to sincerely urge Raivis Dzintars and other leaders of the party National Alliance (NA) to remind their most passionate nationalist supporters that praising Trump is the same as praising Aldis Gobzems. If yesterday the most passionate NA fan was willing to vote for the party and its ideals, tomorrow he will be willing to drink memory water, participate in cult-like rituals and swear eternal loyalty to Aldis.