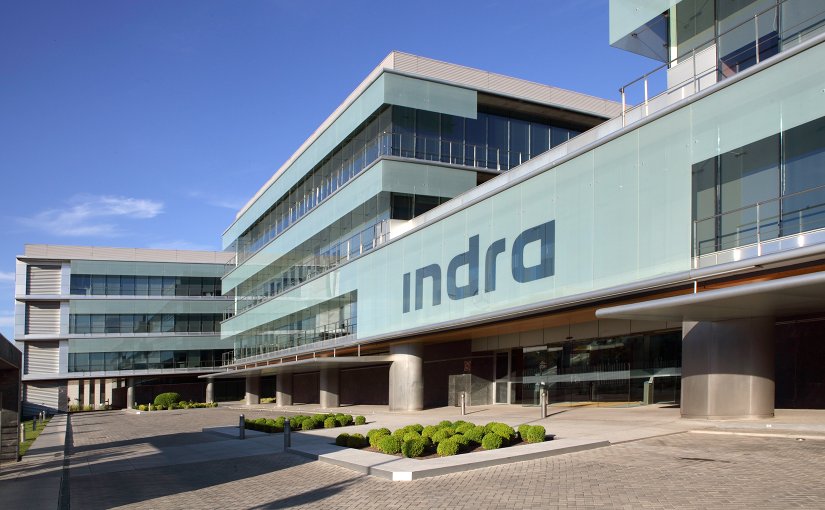 Indra said Thursday it has undertaken to reduce its Greenhouse Gas (GHG) emissions in accordance with measurable and science-based targets in order to contribute to restricting global warming to a maximum of 1.5ºC and set itself the goal of reducing its net emissions to zero by 2050. This commitment is in keeping with the 2030 Agenda and the Paris Agreement, as well as the Science Based Target Initiative (SBTi), which Indra has joined.

Indra said it has set itself the ambitious target of reducing its Greenhouse Gas emissions by 50% by 2030 in accordance with the scope-1 and scope-2 science-based targets (SBTs), which mainly refer to emissions resulting from the fossil fuel and electricity consumption in its workplaces. These goals establish 2019 as the base year, thus creating a highly demanding time frame for achieving them.

However, what constitutes a real qualitative leap in the path towards Indra’s decarbonization is the inclusion of long-term commitments and the expansion of its perimeter, following an exhaustive analysis of the most significant sources of emissions in its value chain. The company has thus embraced the ambitious objective of limiting global warming to a maximum of 1.5ºC, although the SBTi accepts a target of up to 2ºC, committed to becoming completely carbon neutral by 2050 and transferring this requirement to its entire supply chain.

Indra is taking a major step in its climate-related ambitions by expanding its decarbonization perimeter with scope-3 SBTs, which include the reduction and ultimate elimination of emissions mainly resulting from purchases from suppliers, as well as employees’ business trips and commuting.

All these targets have been approved by Indra’s Sustainability Committee, as well as the intermediate milestones of achieving zero emissions arising from energy consumption by 2040 and reducing scope-3 emissions by 50% in comparison with the 2019 base year.

All the targets Indra has set itself are global ones that entail added complexity, due to the fact that it has nearly 200 work centers in the 40-plus countries in which the company operates, nearly 50,000 employees and more than 7,000 suppliers, making it particularly difficult to manage the scope-3 emissions of its carbon footprint.

To achieve these demanding goals the company will launch various initiatives to implement energy efficiency measures, such as increasing the use of green energy, making purchases with a lower carbon footprint and promoting more sustainable mobility.

The aims of the SBTi, promoted by the United Nations Global Compact, the Carbon Disclosure Project (CDP), the World Resources Institute (WRI) and the World Wildlife Fund (WWF), are to increase companies’ commitment to sustainable management, promote more ambitious solutions to fight climate change and ensure the transition towards a low-carbon economy.

The overall and more specific objectives to reduce emissions submitted by Indra will be independently assessed and validated by the technical experts of the SBTi in accordance with whatever the climate scientists deem necessary to fulfill the targets of the Paris Agreement. The approval of these goals, due within the next few months, will make Indra one of the five Ibex 35 companies with its science-based objectives endorsed by the SBTi. The company will also have to report how it’s progressing towards the objectives on an annual basis.

Commitment to the fight against climate change

Indra’s adherence to the SBTi and the route towards decarbonization embarked on through specific science-based targets reinforce the company’s commitment to the environment and the fight against climate change, aligning it with the Paris Agreement, the Sustainable Development Goals and the targets set by the European Commission, which advocates a carbon-neutral Europe by 2050.

“At Indra we’ve set ourselves ambitious science-based targets in the reduction of emissions in order to place ourselves at the forefront of the transition towards a net carbon economy. We seek to become our customers’ technological partner when it comes to sustainability and this aspiration starts with minimizing our own carbon footprint, in addition to developing new products and services that help our customers be more sustainable in their activity”, explained Manuel Ausaverri, Director of Sustainability, Innovation and Strategy at Indra.

Indra is publishing its new environmental commitments and adopting the best practices at a time when it is very close to achieving its goal set for 2030, which, taking 2013 as the base year, entails reducing CO2 emissions per employee by 75%.

This year Indra’s efforts to improve its performance have been acknowledged by the Dow Jones Sustainability Index, in which it has achieved the best possible rating for environmental reporting and a significant improvement in its climate strategy score, and by the FTSE4Good Index, which has awarded lndra an outstanding rating in its fight against climate change.

Since 2010 the company has also reported its performance in terms of managing its carbon footprint and reducing its emissions to the Carbon Disclosure Project, which gave it a B rating in 2020.

The key role of technology

In addition to combating climate change by adopting the best practices in its corporate policies, Indra plays a key role in the global climate initiative and in the energy transition by means of its offer in areas such as energy efficiency, reducing the environmental impact of cities, sustainable mobility and the prevention and mitigation of the effects of climate change, among many others. Indra helps governments and companies be more efficient and sustainable with its technology.

Indra’s new measurable and science-based targets in the reduction of emissions constitute one of the elements of its 2020-2023 Sustainability Master Plan, which seeks to reinforce Indra’s responsible governance model, enhance its technology with an impact on sustainable development as well as play an active part in combating climate change. The climate-related initiatives of the Sustainability Master Plan are mainly designed to achieve these demanding SBTs and develop a specific supply of new sustainability-based solutions and services that contribute, among other challenges, to mitigating climate change.

The article Indra To Reduce Energy Consumption Emissions 50% By 2030, To Become Carbon Neutral By 2050 appeared first on Eurasia Review.