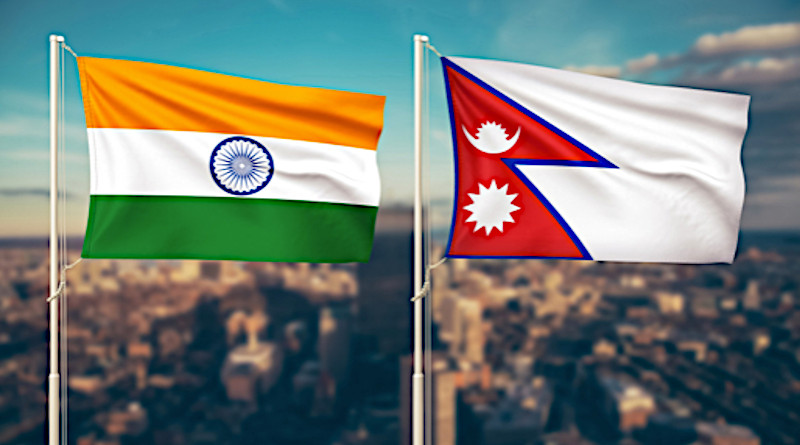 When the Nepalese Foreign Minister, Pradeep Gyawali, raises the controversial and divisive border issue at the Nepal-India Joint Commission meeting in New Delhi this week, India is expected to play it cool.

The Indian stance is likely to be influenced by the fact that the government of Prime Minister K.P.Sharma Oli in Kathmandu is shaky.

Oli has recently made attempts to mend fences with India if only to help him tide over the political crisis he is facing at home. Oli’s party, the Nepal Communist Party (NCP), is split de facto, if not de jure. The Supreme Court is considering a large number of petitions against Oli’s  abrupt dissolution of the Lower House of Parliament, the House of Representatives (HoR) on December 20, 2020.

Oli’s right to continue as Prime Minister after ceasing to be a member of the HoR is being seriously challenged. Oli is also facing street demonstrations against the dissolution daily. Besides, Royalists, wanting restoration of the monarchy to end chronic political instability, have emerged from the shadows to demand the end of unbridled parliamentary democracy, which has only brought instability and national disunity.

If the Supreme Court declares the dissolution of the HoR as unconstitutional and restores the House, Oli has to resign or attempt to form an alternative government with the Nepali Congress (NP) and the Janata Samajbadi Party (JSP). But the NCP, NP and JSP will be strange bed fellows. NP and JSP are pro-India and non-communist, while Oli’s NCP is communist and pro-China to boot.

At any rate, Nepal is very unstable now. Outside powers would rather sit on the ringside and watch how the situation develops rather than intervene on one side or the other and burn their fingers. China had tried in vain to get the Oli and Prachanda factions of the NCP to bury the hatchet and save the pro-China NCP and its government. A top official from the Communist Party of China of Vice Minister’s rank had talks with the NCP factions and also other parties to supplement the vigorous efforts of the Chinese Ambassador in Kathmandu. That too failed, with Oli telling the Chinese that Nepal’s leaders are fully capable of solving their problems without outside help.

Apparently expecting the retort, the CPC official began wooing the Nepali Congress leader Sher Bahadur Deuba, giving him an invitation from President Xi Jinping to attend the centenary of the Chinese Communist Party. But Deuba is unlikely to cast his lot with China given his and party’s historical association with India.

With China suffering a political setback, unable to keep its protégé, the NCP, together, anxiety in India is less now than before, when Oli claimed Kalapani, Limpiyadhura and Lipulekh on the Nepal, India, China tri-junction and even published an official map showing these areas as parts of Nepal.

After a show of national unity on the border issue and the official map, Nepalese parties got back to their traditional rivalries. Factionalism in the NCP came to the fore again. This time, Royalists too jumped into the fray holding massive demonstrations in Kathmandu and other towns. Deposed King Gyanendra appeared willing to stake his claim to lead Nepal out of chaos.

It was around this time that India began indulging in subtle diplomacy. New Delhi knew that having rejected China’s mediation, Oli will be ready for a rapprochement with India if only to stay in power. India sent its Army Chief Gen.M.M.Naravane, the RAW (External intelligence agency) chief Samant Goel and Foreign Secretary Harsh Vardhan Shringla. The RAW chief’s one-day visit in which he spoke only to Oli was shrouded in secrecy though the media said that he had conveyed a message from Prime Minister Modi.

During his visit to Kathmandu in November last, Foreign Secretary Shringla said: “We would like our friends in Nepal to share our dreams and be a part of this journey. We cannot do it alone, just as you cannot fulfil your dreams alone. In our region, our South Asia, we are symbolically linked. We need each other. India’s development and modernization are incomplete and intrinsically and symbiotically linked to the development and modernization of neighboring countries such as Nepal.”

Oli’s Foreign Affairs Advisor Rajan Bhattarai said: “We will continue our foreign policy on the basis of Panchsheela (the five principles of co-existence) and non-alignment and Nepal will never allow its territory to be used against Indian interests. But we have a couple of issues that remain as a result of historic developments and these should be addressed satisfactorily”. He was referring to the Kalapani-Lipulekh-Limpiyadhura border dispute, which disturbed the ties between two sides for more than a year.

Oli told Shringla that India and Nepal should be “bold enough” to address the lingering territorial issues so that future generations could focus on economic development. According to Bhattarai, Oli told Shringla that Nepal is not interested in using any card against India to advance its interests.

However, days before Foreign Minister Gyawali’s current Delhi’s visit, Oli told an Indian TV channel that the border issue will be taken up in Delhi and that Nepal expects India to accept its historical claim on the basis of authentic documents. He also emphasized that India should treat Nepal as a sovereign country and shed its superiority complex. He said that he believed that all matters, including the border issue, could be solved through diplomatic means on the basis of hard evidence and sovereign equality and that he was confident that India would accept Nepal’s claims.

“2021 will be a year in which there will be no India-Nepal problem,” Oli said confidently.

However, a report in the Kathmandu Post on January 14 said that while Gyawali would raise the border issue, India is unlikely to endorse Nepal’s claims and surrender the disputed areas. India has its historical claims over these places as well as strategic reasons for keeping them. The are in question are deemed essential for safeguarding India in the event of a Chinese armed intrusion.

Previous attempts to discuss the issue had failed. However the Gyawali visit could result in the activation of the Foreign Secretary-level mechanism set up in 2014 during the Third Meeting of the Joint Commission in Kathmandu. As per the 2014 agreement, the Foreign Secretaries would seek technical support from the Boundary Working Group in order to resolve boundary disputes in Susta and Kalapani. However, not a single meeting has taken place in the last seven years, the Kathmandu Post reveals. The COVID-19 pandemic was one of the excuses for not meeting.

On Gyawali’s visit Rajan Bhattarai, Oli’s foreign relations adviser, said: “On our behalf, we will raise the boundary issue during the meeting and we would seek an acknowledgement of the dispute from the Indian side.” But New Delhi  will probably see no need to commit itself to anything new now, with Nepalese elections coming up in April-May this year.

The article India To Play It cool On Border Issue During Talks With Nepalese Foreign Minister – Analysis appeared first on Eurasia Review.