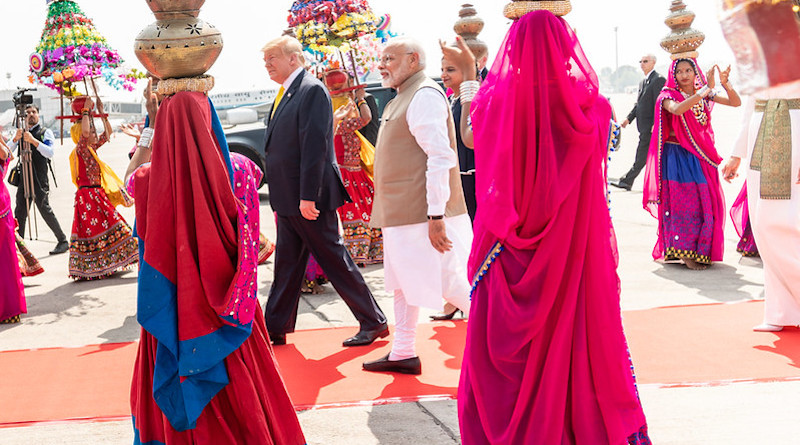 The feeling from Rory Medcalf of the Australian National University was one of breathless wonder.  “The US government,” he wrote in The Strategist, “has just classified one of its most secretive national security documents – its 2018 strategic framework for the Indo-Pacific, which was formally classified SECRET and not for release to foreign nationals.”

Washington’s errand boys and girls in Canberra tend to get excited by this sort of thing.  Rather than seeing it as a blueprint for imminent conflict with China, a more benign reading is given: how to handle “strategic rivalry with China.”  Looming in the text of the National Security Council’s US Strategic Framework for the Indo-Pacific (SFIP) is a generous doffing of the cap to Australia’s reckless, self-harming approach towards China.  As an unnamed senior US official (of course) told Axios, the Australians “were pioneers and we have to give a lot of credit to Australia.”  Australian senior intelligence advisor John Garnaut is given high praise for his guiding hand.  When war breaks out between Beijing and Washington, we know a few people to thank.

The SFIP, declassified on January 5, is very much a case of business as usual and unlikely to shift views in the forthcoming Biden presidency.  The timing of the release suggests that the Trump administration would like to box its predecessor on certain matters, notably on China.

In a statement from National Security Advisor Robert C. O’Brien, the SFIP “provided overarching strategic guidance for implementing the 2017 National Security Strategy within the world’s most populous and economically dynamic region”.  The National Security Strategy, in turn, recognised “that the most consequential challenge to the interests of the United States, and those of our allies and partners, is the growing rivalry between free and repressive visions of the future.”  Beijing is cast in the role of repressive force in “pressuring Indo-Pacific nations to subordinate their freedom and sovereignty to a ‘common destiny’ envisioned by the Chinese Communist Party.”

The imperium’s interests, according to the SFIP, must be guarded (“strategic primacy in the Indo-Pacific region”); a “liberal economic order” must be promoted while China is to be prevented “from establishing new, illiberal spheres of influence”.  North Korea is deemed of high importance in terms of whether it threatens the US and its allies, “accounting for both the acute present danger and the potential for future changes in the level and type of threat posed” by Pyongyang.  The US is also to retain “global economic leadership while promoting fair and reciprocal trade.”

One of the “top interests” of the US in the Indo-Pacific is identified in pure power terms: retaining “economic, diplomatic, and military access to the most populous region in the world and more than one-third of the global economy”.  Washington is keen to preserve “primacy in the region while protecting American core values and liberties at home.”  But there is the spoiling presence of China, aspirational superpower, and keen for its bit of geopolitical pie.  “Strategic competition between the United States and China will persist, owing to the divergent nature and goals of our political and economic systems.”

China is ever the cheeky opportunist, seeking to “circumvent international rules norms to gain an advantage.”  Beijing “aims to dissolve US alliances and partnerships in the region” exploiting “vacuums and opportunities created by these diminished bonds.”  With this in mind, US defence strategy should be “capable of, but not limited to: (1) denying China sustained air and sea dominance inside the ‘first island chain’ in conflict; (2) defending the first-island-chain nations, including Taiwan; and (3) dominating all domains outside the first island-chain.”

The document also acknowledges an untidy region of shifting power balances and increased defence spending, which will “continue to drive security competition across the Indo-Pacific”.  Japan and India are singled out for special mention in that regard.  A measure of angst is registered: “Loss of US pre-eminence in the Indo-Pacific would weaken our ability to achieve US interests globally.”

The authors of the SFIP are unashamed about the fistful of principles that will maintain US power, the sort that masquerades in popular language as the “liberal rules-based order”.  Desirable objectives include the US being the “preferred partner” of “most nations” in the region; and that these powers “uphold the principles that have enabled US and regional prosperity and stability, including sovereignty, freedom of navigation and overflight, standards of trade and investment, respect for individual rights and rule of law, and transparency in military activities.”  No wobbling will be permitted; allies will have to get in line.

India, “in cooperation with like-minded countries,” figures as a shining hope.  Its rise is deemed essential, serving as “a net provider of security and Major Defense Partner”.  What is envisaged is a strategic partnership “underpinned by a strong Indian military able to effectively collaborate with the United States and our partners in the region to address shared interests.”

For its spiky anti-China message, the nature of the economic relationship with Beijing is hard to ignore, provided it is conducted on US terms.  The strategy is, to that end, most Trumpian in character, emphasising the need to “prevent China’s industrial policies and unfair trading practices from distorting global markets and harming US competitiveness.”

In what has become a tradition of the Trump administration, the Framework document does not tally with messages from other equivalent national security assessments.  The officials of empire are not speaking with a coherent voice.  The 2019 Indo-Pacific Strategy Report by the Department of Defense, for instance, makes good mention of Russia as a “revitalized malign actor”.  (Pentagon pundits can never seem to give the bear, or their paranoia, a rest.)  Despite tardy economic growth occasioned by Western sanctions and a fall in oil prices, Moscow “continues to modernize its military and prioritize strategic capabilities – including its nuclear forces, A2/AD systems, and expanded training for long-range aviation – in an attempt to re-establish its presence in the Indo-Pacific region.”

The authors of the Framework document are, in sharp contrast, barely troubled by Moscow and, surprisingly, sober on the issue.  “Russia will remain a marginal player in the Indo-Pacific region relative to the United States, China and India.”  Abhijnan Rej of The Diplomat could not help but find this inconsistency odd.  “So Russia is a threat in a public document but not one in a classified one?”

As for India, the 2019 IPSR does much to avoid exaggeration and elevation.  “Within South Asia, we are working to operationalize our Major Defense Partnership with India, while pursuing emerging partnerships with Sri Lanka, the Maldives, Bangladesh and Nepal.”  The Pentagon notes an increase in the “scope, complexity and frequency of our military exercises” with India.  But for all that, New Delhi hardly remains a jewel of defence strategy relative to such traditional allies as South Korea and Japan.

The SFIP, in contrast, makes a bold stab at linking the goals of maintaining US regional supremacy with New Delhi’s own objectives.  This is bound to cause discomfort in the planning rooms, given Indian Prime Minister Narendra Modi’s rhetoric on regional multipolarity.  An article of faith in Indian policy on the matter is ensuring that no single power dominates the region.  Another potential concern is the prospect that India is being thrown into the US-China scrap.

Medcalf concludes his assessment of the framework document with his own call for what promises to be future conflict.  “America,” he insists, “cannot effectively compete with China if it allows Beijing hegemony over this vast region, the economic and strategic centre of gravity in a connected world.”  The conflict mongers will be eagerly rubbing their hands.