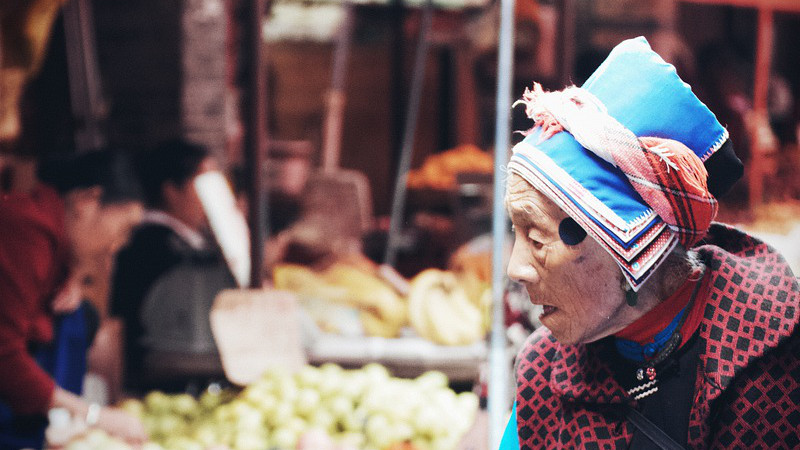 Global population ageing will lead to a trend reversal, with saving rates falling, real wages increasing, and greater inflationary pressures. The change in China’s economic model from forced saving towards increased consumption is amplifying this trend. This column reviews a new book by Charles Goodhart and Manoj Pradhan in which the authors examine megatrends reshaping societies and economies. Whether they are proved right or wrong, their arguments should prompt a much-needed reflection on widely held assumptions about future developments.

Population ageing will lower saving rates, increase real wages, and raise inflationary pressures. As a result, high inflation will return as the primary challenge for monetary policy. The ageing of the Chinese population and the change in the country’s economic model from one of forced saving to consumption will amplify this reversal of trend. And yet central banks thus far have either failed to see or admit that an inflection point is at hand.

At least so argue Charles Goodhart and Manoj Pradhan, seasoned top researchers in banking and finance, in their book The Great Demographic Reversal (Goodhart and Pradhan 2020). The book challenges the mainstream narrative in economics on how ongoing megatrends sustain low inflation and also low inflation expectations (e.g. Bielecki et al. 2019), and presents some of the most analytically robust criticism of central banking in years. Whether or not the authors’ predictions will hit the mark is a separate matter. But even presenting such a fundamental and astutely argued question is of major value when preparing a monetary policy framework for the longer term.

What do Goodhart and Pradhan base their argument on? They examine the megatrends reshaping society and the economy from a decidedly global perspective, and postulate three reasons why a reversal of trend should be expected in the years ahead.

First, population ageing worldwide will rapidly increase expenditure on health and elderly care. At the same time, it will weaken the dependency ratio as the share of pensioners and other ‘dependents’ outside the workforce grows rapidly relative to the working, productive population.

Goodhart and Pradhan maintain: “Put simply, improvements in the dependency ratio are deflationary, since workers produce more than they consume (otherwise it would not be profitable to employ them in the first place), while dependents consume but do not produce. The sharp worsening in the dependency ratios around the world means that dependents who consume but do not produce will outweigh the deflationary workers.”

This structural trend, familiar in the United States and especially in Europe, is now reaching China, where a previous decades-long one-child policy is exacerbating the demographic reversal.

Second, the decline in the dependency ratio will reduce the share of productive labour in the global population, leading to labour shortages and a rise in the bargaining power of labour relative to capital. This will raise real wages and the labour share of national income, thus lifting wage inflation, which has lingered at very low levels for years. This prediction is in line with the findings that Goodhart and Pradhan cite from Juselius and Takats (2018), who provide a comprehensive analysis of the relationship between inflation and the population age structure for a panel of 22 advanced economies from 1870 to 2016.

Given that inequality has been on the rise for years, especially in countries that practice Anglo-American financial capitalism, an increase in the bargaining power of workers would not go amiss. However, Goodhart and Pradhan admit that this turn of events is subject to a lot of uncertainty, as firms may respond to a proportionately shrinking labour supply by increasing productivity-boosting investments and substituting labour with robotics and artificial intelligence.

Third, the real interest rate may rise, especially towards the long end of the yield curve, on, for example, ten-year sovereign bonds and other financial instruments. This would reflect a change in the balance between savings and investment in national economies. It is generally held that the elderly spend more of their income than they save, as pensions and other savings are used for consumption. Consumption in this case also includes public expenditure such as pensions and care-related costs.

But what about investment in the future? Goodhart and Pradhan argue that people who assume that real interest rates will fall or remain at low levels implicitly believe that investments will decline more than savings, and that such a view is mistaken. Beyond the analysis itself, it is interesting to note that the people here alluded to by the authors include most, or effectively all, of the advanced economy central banks.

Goodhart and Pradhan make two arguments for why investment will hit a greater stride than suggested by most forecasts. The first is that housing production will remain relatively stable despite population ageing, as the elderly will continue to live in their homes and, at the same time, new households will create demand for new construction and thus housing investment. Second, the corporate sector is likely to invest in capital in a way that raises the ratio of capital to labour in order to boost productivity. The authors argue that, in net terms, savings are likely to fall by more than investments, raising the real interest rate.

Over what timeframe do Goodhart and Pradhan foresee these megatrends delivering inflation back onto an accelerating path? In a postscript to their book written over the corona summer, assuming vaccinations will proceed over the course of 2021, they predict a surge in inflation, “quite likely more than 5% and even in the order of 10% in 2021”, as vaccines usher in a return to normality and “Roaring Twenties-like” pent-up demand and savings result in higher prices when confronted by supply-side bottlenecks. The authors do not give a precise timeframe for their longer-term prediction, but based on the statistical analysis presented in the book, it would appear they have in mind a rough time horizon of 5–10 years for when inflation should significantly and structurally pick up.

No doubt, Goodhart and Pradhan’s propositions are open to a variety of counterarguments. For one, population ageing appears to weaken the dynamism of the economy, reducing the pace of investment and contributing to lower real interest rates. In addition, because of the coronavirus pandemic there remains a high degree of slack in the economy – ‘unemployment’ in plain English, either hidden or explicit – which does not suggest a sudden rise in the bargaining power of labour or an increase in wage inflation. For instance, the ECB forecasts that inflation will remain near zero for now and will rise to only about 1% in the immediate years ahead.

But the precise accuracy and overall correctness of the authors’ predictions are moot; what is important is that critical questions have been raised which have been backed by solid analysis. This will invite, and even force, reflection on widely held assumptions concerning future developments. Policymakers in central banking should give weight to Goodhart and Pradhan’s analysis and critique, even if they hold contrary views.

Whether their analysis turns out to be right or wrong, the reversal of megatrends considered by the authors is a compelling reason for the ECB to regularly review its monetary policy framework (for example, once every five years). This would ensure our ability to recognise the structural undercurrents of the economy and their impact on the operating environment and allow us to regularly revisit our strategy as appropriate, so that monetary policy may remain fit for purpose.

*About the author: Olli Rehn, Governor, Bank of Finland

Juselius, M and E Takáts (2018), “The Enduring Link between Demography and Inflation”, BIS Working Paper No. 722.

The article Will Inflation Make A Comeback As Populations Age? – Analysis appeared first on Eurasia Review.