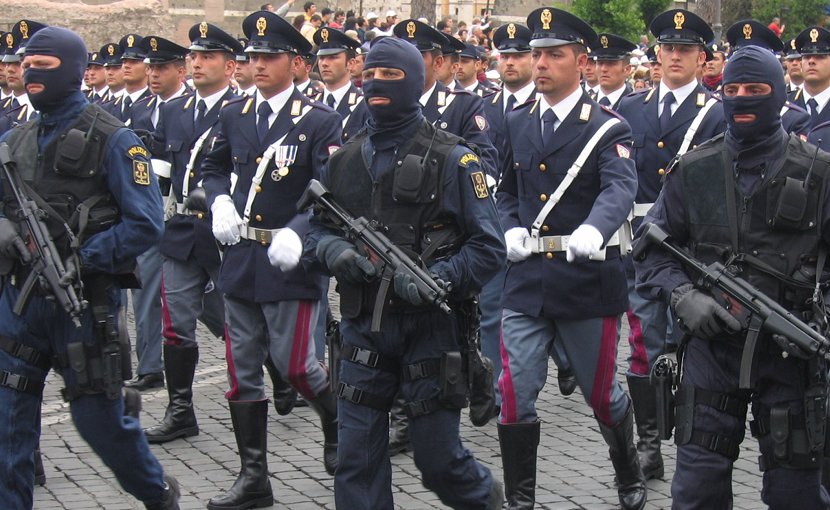 (EurActiv) — One of Italy’s largest-ever mafia trials kicked off on Wednesday (13 January), with more than 320 suspected mobsters and their associates facing an array of charges, including extortion, drug trafficking and theft.

The case targets the ‘Ndrangheta clan, which is based in Calabria, the toe of Italy’s boot, and is considered by prosecutors to be the most powerful mafia group in the country, easily eclipsing the more famous Cosa Nostra gang in Sicily.

The trial is being held in a converted call-centre in the Calabrian city of Lamezia Terme, with defendants placed in metal cages and rows of desks set up for the hundreds of lawyers, prosecutors, journalists and spectators expected to attend.

Many of the accused are white-collar workers, including lawyers, accountants, businesspeople, local politicians and policemen, who chief prosecutor Nicola Gratteri says willingly aided the ‘Ndrangheta in building its crime empire.

Speaking to reporters as he entered the courthouse, Gratteri said the investigation had encouraged locals to speak out.

“In the last two years we have seen a surge in lawsuits from oppressed entrepreneurs and citizens, victims of usury, people who for years have lived under the threats of the ‘Ndrangheta,” said the prosecutor, who has spent more than 30 years fighting the mob.

The state will call on 913 witnesses and draw on 24,000 hours of intercepted conversations to support the myriad charges. Gratteri said he expected the trial would take a year to complete, with the court due to sit six days a week.

Another 92 suspects have opted for a fast-track trial in the same case, with their hearings due to start later in January, while a much smaller group of defendants will stand trial in February over five murders — including the killing of a mafia hitman who was shot dead because he was gay, prosecutors say.

The last time Italy tried hundreds of alleged mafiosi simultaneously was in 1986 in Palermo in a case which represented a turning point in the fight against Cosa Nostra, marking the beginning of the group’s sharp decline.

That trial had a huge impact because it targeted numerous mob families. The Calabrian trial focuses primarily on just one group — the Mancuso clan from the province of Vibo Valentia — leaving much of the ‘Ndrangheta’s top hierarchy untouched.

“The road ahead is still very long, but we mustn’t give up because there are thousands of people who believe in us. We can’t let them down,” Gratteri told Reuters.