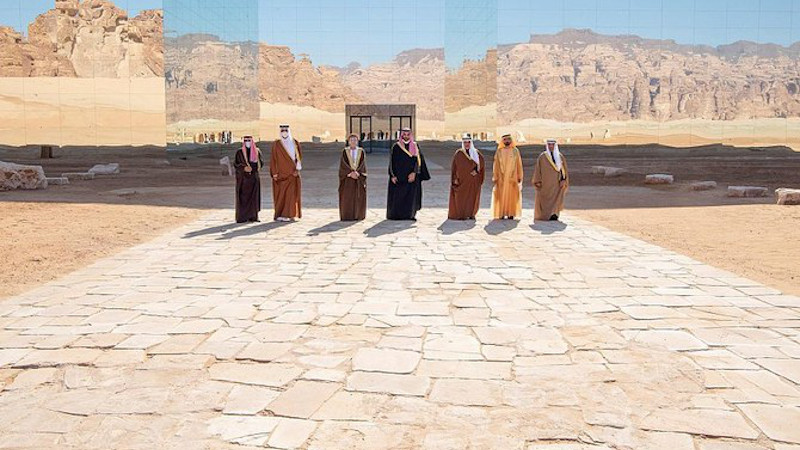 A day before the 41st annual summit of the Gulf Cooperation Council (GCC), held at Al-Ula in Saudi Arabia, the Kuwaiti Foreign Minister, Ahmad Nasser Mohammed Al Sabah, announced on January 4, 2021 that Saudi Arabia and Qatar had agreed to resume full diplomatic relations and open their air space, land and sea borders. Along with Saudi Arabia, the UAE, Bahrain and Egypt also decided to end their boycott of Qatar, imposed in June 2017.

In the Al-Ula Declaration, the GCC pledged to restore collaboration among the member countries, strengthen military integration to face emerging challenges, cooperate on health issues and further integrate their economies. The GCC also agreed to implement King Salman’s proposal at the 36th Summit in 2015 calling for joint defence and security systems and a unified foreign policy for all the members.1

Differences among the member states over a common approach on foreign and security policies, in fact, had triggered the Qatar crisis. When the three GCC member states — Saudi Arabia, UAE and Bahrain (along with Egypt) in June 2017 announced the boycott of diplomatic and commercial ties, they required Qatar it to abide by as many as 13 conditions, for ties to be restored.

These included the scaling down of its relationship with Iran, the shutting down of a Turkish military base on its territory, withdrawing alleged support to terrorist groups and aligning its political, military, economic and social policies with the other GCC countries. Egypt, Saudi Arabia and the UAE were particularly concerned with the activities of the Muslim Brotherhood in their respective countries and Qatari support to the organisation.

Qatar did not agree to these 13 demands and insisted that the boycott was a violation of international law and its sovereignty. Instead of downgrading its ties with Iran and Turkey, Qatar came closer to these two countries in the aftermath of the boycott. Qatar’s support for the Muslim Brotherhood also continued.

The UAE Minister of State for Foreign Affairs, Anwar Gargash, in the aftermath of the Al-Ula summit, insisted that the demands placed on Qatar were ‘maximalist’ negotiating positions.2 Qatari Foreign Minister, Mohammed bin Abdulrahman Al Thani’s statement that all the countries agreed on ‘basic principles to overcome the current differences’ indicates that the member states have decided to leave behind the acrimonious past, in the larger interests of the organisation’s unity and regional stability.3

Saudi Crown Prince, Mohammed bin Salman, in his address to the Al-Ula summit, emphasised on unity and solidarity among the member states to face common challenges. He charged Iran with playing a destabilising role in the region, highlighting its alleged support to terrorist proxies and regional sectarian agenda, apart from due to its nuclear concerns.4

The reconciliation among the GCC countries comes in the backdrop of heightened US-Iran tensions in the Gulf. Iranian nuclear scientist Mohsen Farkhrizadeh was assassinated in November 2020. There have been sabotage attacks on nuclear, industrial and petrochemical sites in Iran in the recent past.

The Al-Ula summit was also held in the aftermath of Israel’s normalisation agreements, the ‘Abraham Accords’, with the UAE and Bahrain. These accords pave the way for the strengthening of the relationship between Israel and critical Gulf States, neighbouring Iran.

Riyadh and Tehran continue to be at the opposing ends of regional flashpoints. The Yemeni government, for instance, is backed by Saudi Arabia while the Houthi rebels are backed by Iran. The Bashar Al Assad regime in Syria is supported by Iran, while the opposition coalition is supported by Saudi Arabia. Tensions between these two big regional players have also increased in the waters of the Persian Gulf and the Gulf of Oman.

For the GCC, therefore, given the above geo-political context, bringing Qatar back into its fold was important to more effectively put up a common front against Iran’s regional policies.

Qatar’s robust relationships with Iran and Turkey, and its approach towards the Muslim Brotherhood, will continue to be keenly watched by Saudi Arabia, UAE, Bahrain and Egypt.

Even as Qatar gets reconciled with the GCC, it will be difficult for it to snap all its ties with Iran. Both countries share the South Pars (known as Northern Dome in Qatar) gas field. Iran and Qatar had also signed an agreement in April 2018 for joint patrols in the Gulf.

Similarly, Qatar’s relationship with Turkey was strengthened in the aftermath of the boycott. Turkish President Erdogan visited Qatar twice, in July 2017 and in July 2020, while Sheikh Tamim visited Turkey in September 2017.

A day after the boycott was announced in June 2017, the Turkish parliament fast-tracked and ratified two agreements relating to the deployment of troops in Qatar and the training of Qatari forces. The agreement relating to the latter was signed earlier in April 2016. Turkey has since established a military base in Qatar.

Further, in November 2017, Turkey, Iran and Qatar signed a tripartite trade and transport agreement which facilitates transfer of goods from Turkey to Qatar via Iran.

For Qatar, reconciliation without any conditions attached, was the most satisfactory and honourable way to have come out of the crisis. Even as the Al-Ula summit has set a positive tone for the restoration of unity in the GCC, a high level of commitment is required by all parties to bridge the trust deficit and overcome issues of mutual concern.

*About the author: Prasanta Kumar Pradhan is Associate Fellow at the Manohar Parrikar Institute for Defence Studies and Analyses, New Delhi.

The article Al-Ula Summit: Restoring The Unity Of The GCC – Analysis appeared first on Eurasia Review.