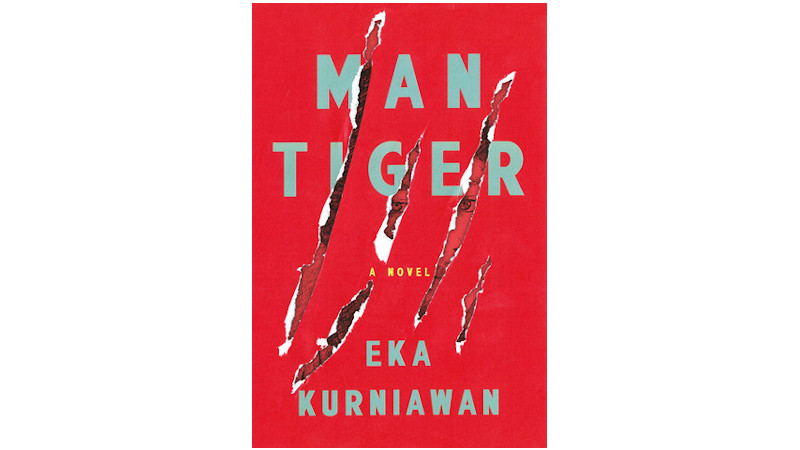 “Marry my mother and she’ll be happy.”

Anwar Sadat shook his head nervously. and his reply came out brokenly.

“That’s impossible, you know I have a wife and daughters,” Something in his face said the proposition was absurd, making what he said next redundant. “Besides, I don’t love your mother.”

The story of divining and possession, set in the 1950s post-Soekarno Indonesia, about how a young man murdered an old man who was entangled in an all-too-common extra-marital affair began with a simple yet, profound line of storytelling:

“On the evening Margio killed Anwar Sadat, Kyai Jahro was blissfully busy with his fishpond.” (pg. 1)

In the following paragraphs, I shall discuss Eka Kurniawan’s craft of opening and closing the story and how he built the plot and use the element of suspense.

A Sensory Note While Writing

While writing this essay on the close reading of this novel written by this Indonesian author trained in Philosophy In Gajah Mada, Indonesia, I was listening to Vivaldi’s Four Seasons to get the feel of the opening and closing of the movements, to have a feeling of sensory parallelism or “synesthesia” as cognitive psychologists would term it as, describing an experience of synthesis of parallelism of the senses.

In other words, how would I think of Eka Kurniawan’s Man Tiger (translated from Indonesian as Lelaki Harimau) as an opening and closing of a story deeply imbued with a sense of melancholy, oppression, and dehumanization, yet in the end tragic it may seem, offered me a sense of liberation and joy of feeling a brutal murder has been committed yet the brutality and the nature of life and living and dying and even love itself is concluded with a clear sense of poetic justice.

At the exterior of the story of the Javanese culture and its spectrum of abilities and disabilities as a form of Camusian and Kierkegaardian sensibility, of the characters accepting Fate and forced to be happy yet deep inside a feeling of dread accepting karma reigns supreme.

At the interior, I read the voice of Nuraeni as a powerful testimony that while the body and mind may be made captive by culture, class, and crudeness of misogyny, the deeper voice of consciousness or in Indo-Malay the “jiwa, raga, hati nurani, perasaan, dan sanubari,” will the exteriority of the narration of a different story. In other words, the inner voice will always find love in the captivity of hate, in a cultural system that has long normalized the Master-Slave narrative, especially when it comes to the relationship between the master and the domestic helper or “servant.”

The world-renowned Indonesian poet and playwright WS Rendra once said at the end of his play Kisah Perjuangan Suku Naga/”The Struggle of the Naga Tribe” that the balance of the mind, spirit, and body will come when the inner world and the outer world of the self becomes one when these two worlds collapse into one.

Vivaldi’s beautiful fourth movement “Winter” was then playing and eerily, musically, I felt it is as a sound of Indonesian music “Seriosa” (as I recall the term used in the early 1960s) — that form of beautiful composition akin to the ending of a soulful and saddest moment of the movement of a kronchong.

Through the hour of writing the first draft of this essay, I was feeling melancholic as the musical movements were coming to a close and that I have fully understood the mystery behind the murder. Man, Tiger brought me closer, not only to my Indo-Malay-Indian-Bugis roots but also to growing up in a world of the supernatural, diving, stories of demon possession, of syncretism, or a cultural hybrid of magic, mysticism, science, Malayness, and western liberal education. These are the elements of my own “possession”.

The focus of my reading was on the way the author crafted suspense-building. We were told in the very first line that a murder was committed but not hot it was nor of the motive.

Reading through the fascinating plot narrative weaved through a simple plot illuminating a complex society, exploring the exterior and interior worlds of the characters, especially those Margo and his mother Nureani, I find the technique of plot suspense building extremely instructive.

” A few moments sipped as they pondered, as if lost in thoughts of rancid blood burbling from a punctured neck and a teenage boy staggered in panic, stupefied by his own recklessness, his mouth and teeth red, like the snout of an ajak dog after its morning kill.” (pg. 4)

Indeed, the nature of death was described as early as the beginning chapter, yet the vividness of the language I believe did not distract the reader from asking the question: “why such an attack, beastly in nature?”

Herein lie the author’s skillful use of narrative structure and the complex weaving and “texturizing-into” the elements of repressed anger that became an explosive weapon of a “crime of hatred and passion in one”, in the form of an “amuck” yet can only be understood by readers well-versed in the inner-working of Javanese mysticism. Why would Margo the teenager well-brought-up amidst the madness of his cultural-class system of oppression and of abject poverty, turned into a murderer as such — a man who killed like a tiger and claimed innocence?

Herein as well lie the gradual revelation of the plot, of the peeling of the layers of suspense, and the author’s magnificent presentation of the world of the otherwise silences, even muted, the inner world of a “Javanese house slave” who finally knew the meaning of love through a sense of belongingness. And through intense lovemaking with a man who is a painter and sees art and sensuality as one in a sea of delight vis-a-viz “forbidden love”.

“The moment was so profound for them it would be almost impossible to remember. Lying naked they said nothing. Shorn of anything to talk about, for desire apparently needed no words. With bodies and soul all worn out, they lay side by side, their half-extinguished eyes fixed on the ceiling … Nureani was still astonished by the boldness of her own body and unspeakably elated. There was no need to ask the man how he felt” (p. 129)

I read the and more sensually descriptive passages as Eka Kurniawan’s strategy of having the reader delve into the world of love and lovemaking and how this world of intense delight too, in the end, contributed to the end things: death of the lover mauled by a “man tiger”.

It is a Freudian story, as I see it. Of the bonds, not of love necessarily, but of sensuality that gave the enslaved woman and her feminine mystique a certain degree of dignity. Of conquest and mastery. And above all, of a chance once again, to feel the meaning of beauty. In concluding this brief essay on Kurniawan’s craft and how it will further inspire me in writing Fiction, I propose that Man Tiger is essentially not a murder-mystery story since the opening lines and passages have established the murder and the murdered, but a cultural psychological-philosophical inquiry into the nature of Javanese society in Indonesia and that the author has built up the plot well to delve into the discourse of class, caste, and culture of spirituality that may defy logic and common sense. In doing this reading on the art and craft of opening and closing a story.

I paid attention primarily to the way the author allowed the voice of the abused house servant/domestic worker Nureani speaks loud; the voice of a human being whose life’s journey became a reason why a man turned into a tiger and committed murder of such hideousness. The plot is as thick as what the eminent anthropologist Clifford Geertz who studied Balinese cockfighting, would call a “deep play” of a game of life in which magic, mysticism, madness, and the maintenance of norms and practices become the cultural canvas for the painting of a Freudian philosophical and psychological story.