As usual, the democratic vote is rising steadily for long. Now 4.9 million but it will surely rise over 5 million as California counts its many votes impermissibly slowly. Biden is approaching a landslide, although incumbents usually win. twitter.com/markgongloff/s…

Biden is now up to 50.8% of the popular vote, topping Reagan’s 50.7% in 1980. This is the highest percentage for a challenger since FDR in 1932 pic.twitter.com/pRDpuxaSwZ 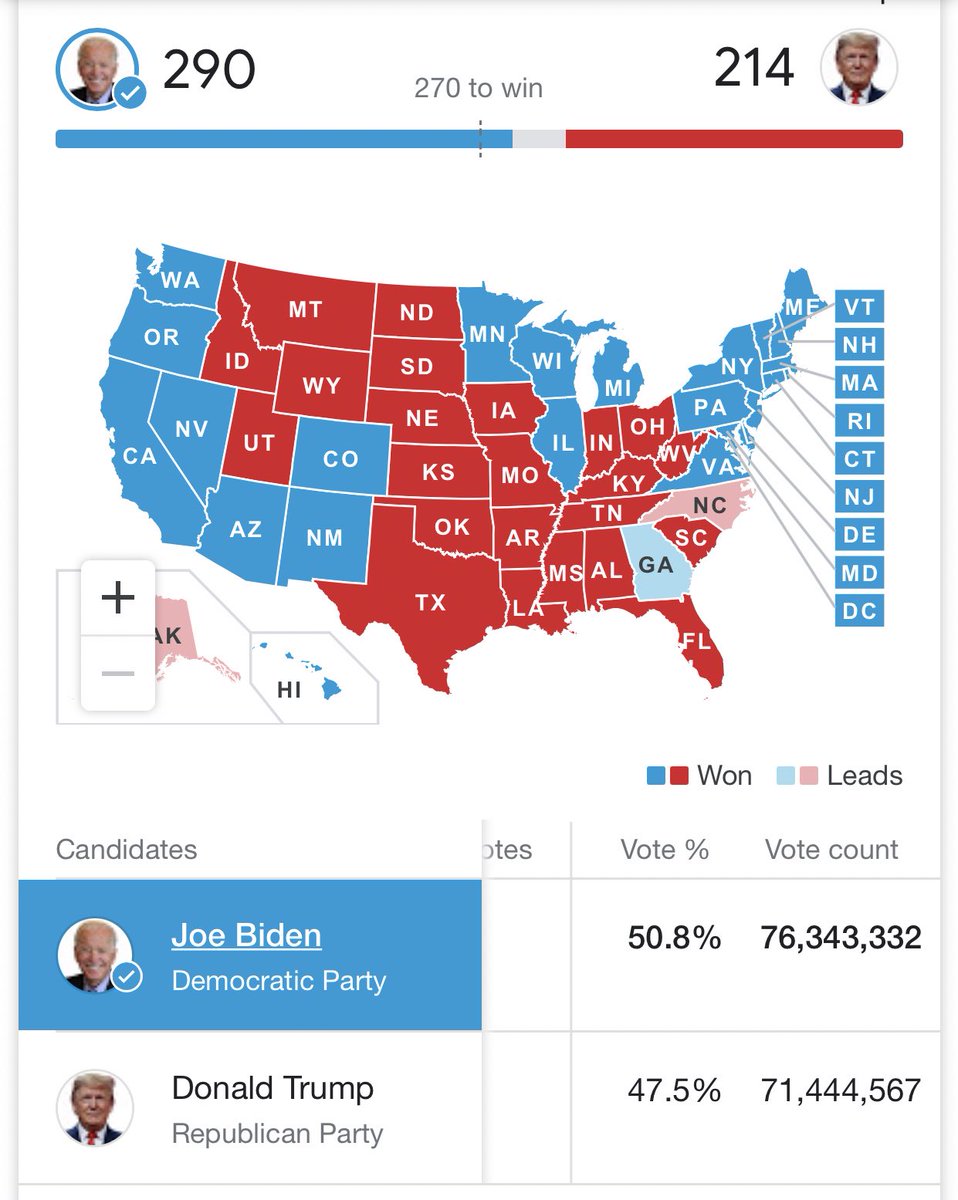 The Lawfare Podcast
<p>The Lawfare Podcast features discussions with experts, policymakers, and opinion leaders at the nexus of national security, law, and policy. On issues from foreign policy, homeland security, intelligence, and cybersecurity to governance and law, we have doubled down on seriousness at a time when others are running away from it. Visit us at www.lawfareblog.com.</p><p>Support this show <a target="_blank" rel="payment" href="http://supporter.acast.com/lawfare">http://supporter.acast.com/lawfare</a>.</p><br /><hr><p style='color:grey;font-size:0.75em'> See <a style='color:grey' target='_blank' rel='noopener noreferrer' href='https://acast.com/privacy'>acast.com/privacy</a> for privacy and opt-out information.</p>
Container Shipping and Supply Chain Delays with Gregg Easterbrook
by The Lawfare Institute

Ports in many countries are experiencing congestion. For weeks now, there have been reports that there will be delays in many common products, and people are wondering what is causing this and how it can end. David Priess sat down with Gregg Easterbrook, a former fellow in economics and in governance studies at the Brookings Institution. He was a staff writer, national correspondent or contributing editor at The Atlantic for nearly 40 years, and more recently, he is the author of “The Blue Age: How the US Navy Created Global Prosperity—And Why We’re in Danger of Losing It.” They talked about everything from the U.S. Navy’s dominance of global oceans, to the shipping trade, to the economics of COVID and supply chains.