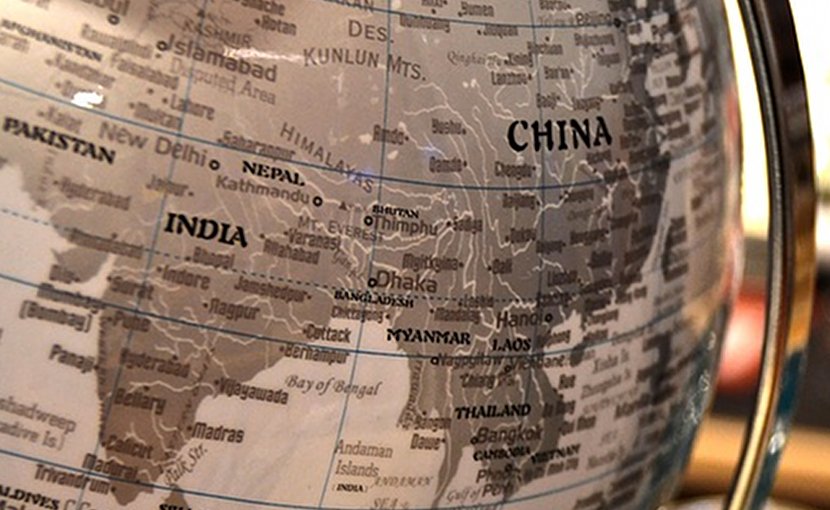 Globalization and the revolution of information technology has connected humans more than ever. With the rapid growth of interconnectedness and correspondence, however, problems germane to information leakage, unauthorized collection and utilization of intellectual property, psychological operation through social network service (SNS) and dis-information have also seen light of the day. In this context, cyberspace has germinated a new type of warfare that is generally recognized as fifth battlefield, transforming the traditional warfare techniques and responses.

The new type of warfare led nation-states to incorporate cyber tools and tactics in military strategy. Latest military strategies not only operationalized kinetic weapons but also weaponized the whole state machinery to realize hybrid warfare. However, there remains an ambiguity in drawing a line as to whether hybrid warfare is a war or not. According to 2018 report by the European Centre of Excellence for Countering Hybrid Threats (Hybrid CoE) – EU and NATO think-tank – lays out on-going dis-information campaigns in at least 27 North American and European countries since 2004, which make dis-information an international problem.

International Rules and Laws against Disinformation

Since it has become a conflict among nation states, it is pertinent to ask that what does international law say about disinformation campaigns and what should it do to regulate it? In this vein, Tallinn Manual 2.0 applies almost 154 international rules and laws to cyber domain. Under it Rule 44, ‘Intervention by States’ prohibits a state to intervene [through cyber means] in internal or external affairs of other state. The rule is based on international law’s principle of sovereignty. Moreover, the 2017 G-7’s “Declaration on Responsible States Behavior in Cyberspace” (i.e., the “Lucca Declaration”) asserts: “We note that, in the interest of conflict prevention and peaceful settlement of disputes, international law also provides a framework for States’ responses to wrongful acts that do not amount to an armed attack—these may include malicious cyber activities. Among other lawful responses, a State that is the victim of an internationally wrongful act may, in certain circumstances, resort to proportionate countermeasures, including measures conducted via ICTs, against the State responsible for the wrongful act in order to cause the responsible State to comply with its international obligations.”

In order to remove disinformation from online platforms such as Facebook, YouTube, and Twitter, Germany passed Network Enforcement Act. Furthermore, France also enacted a law against the manipulation of information in 2018, removing fake contents from social media. Though such regulations of SNS are becoming increasingly common, it is sometimes regarded as violation of the freedom of expression as well. In 2019, Russia amended Article 15-3 of the Federal Law on Information, Information Technologies and Protection of Information for banning fake news. Consequently, the dissemination of wrongful information that may instigate national security threats is debarred.

In recent years, Indian hybrid war tactics against Pakistan have intensified in its bid to isolate Pakistan regionally as well as internationally. Doval Doctrines 2014 particularly focuses on destabilizing Pakistan and damage its society, which is evident from the arrest of Kalbushan Jhadav – an Indian Spy. In the latest episode, a non-governmental organization (NGO) based in Brussels exposed 15-year long Indian attempt to target Pakistan through the proliferation of fake new and disinformation. DisinfoLab in its report titled “Indian Chronicles: Deep Dive into a 15-year Operation Targeting the European Union (EU) and United Nations to Serve Indian Interests,” regard it the “largest network” in order to “discredit Pakistan internationally.” According to the report, “750+ Indian supported websites scattered across 119 countries have been working within the European Union and the United Nations for the past 15 years to destabilize Pakistan.” The report argued that the disinformation campaign led by Srivastava Group mainly focused to influence the decisions of European Parliament and United Nations Human Rights Council (UNHRC).

In 2019, DisinfoLab also unearthed 265 websites, which were working towards similar end. According to the researchers at DisinfoLab, they had “uncovered an entire network of coordinated UN-accredited NGOs promoting Indian interests and criticizing Pakistan repeatedly. We could tie at least 10 of them directly to the Srivastava family, with several other dubious NGOs pushing the same messages.” It further added that “these UN-accredited NGOs work in coordination with non-accredited think-tanks and minority-rights NGOs in Brussels and Geneva. Several of them – like the European Organization for Pakistani Minorities (EOPM), Baluchistan House and the South Asia Democratic Forum (SADF) – were directly but opaquely created by the Srivastava group.”

First step that must be taken is amendment in existing laws and adoption of new legislations as per necessities. Moreover, special government offices, compilation of disinformation database and formulation of robust social media policy is need of the hour. On the domestic front, Pakistan needs to further examine its legal regulations to regulate media and platforms and follow practices adopted by developed countries. Internationally, Pakistan should pressure international community to take stringent measures against false information. Pakistan Telecommunication Authority (PTA)’s statement: “In the wake of current smear campaign of spreading false and baseless information targeting Pakistan, its cities and institutions, PTA has stressed upon Twitter to effectively block handles involved in the campaign,” was a welcome step.