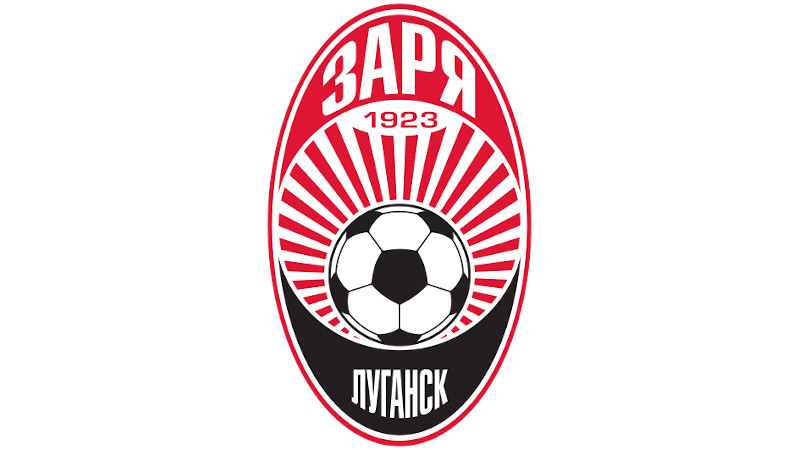 The Donbas region of Ukraine is situated in the Far East and is often portrayed as the last frontier of Europe in both a literal and symbolic sense. Luhansk is a city located in the Donbas Region where the coal-and-steel industrial center is filled with dark and dangerous coal waste dumps. The word Zorya means “dawn” in Ukrainian and is a figurative representation of what the club is becoming. Far from the heart of Europe, very little is known about the team known as The Muzhyky, which translates into The Men in Ukrainian – a team built on labor, hard work and stable values.

Zorya Luhansk is a football club that was founded in 1923 by local factory workers and is proud of its strong industrial heritage from the region of Donbas. Zorya Luhansk, which was called Zorya Voroshilovgrad at the time, had also won the Soviet Top League in 1972 and were a prominent team in Ukrainian Soviet football. Zorya was also the first club that didn’t originate from the capital of a Soviet Republic to become champions of the USSR.

Last season, there were constant media reports that the club was out of money and would collapse financially. However, taking a closer look at the club will highlight the remarkable achievements of what this club has been able to accomplish despite facing near ruin from every direction.

Zorya Luhansk’s transformation from an obscure club into a stable European club owes its success to Yuriy Vernydub, who first started working at the club in 2009 as an assistant to Anatoliy Chantsev. In late 2011, with the club struggling and deep in the relegation zone, Vernydub took over as caretaker and managed to save the club from relegation. Even with many players constantly joining and leaving the club following Russia’s invasion of Ukraine, Vernydub proved to be flexible and knew how to adapt his tactics to win, survive and find a measure of tranquility. It was under the tutelage of Vernydub that the club’s players grew to be known as The Muzhyky due to their fighting spirit in games.

Over the last few decades, unstable financing and the constant selling of players made it difficult for any coach to succeed. According to certain reports last season, Zorya’s owner Yevhen Heller made it known that the club would most likely cease to exist if they did not finish in at least third place and make it into the group stage of Europa League. Apart from the threat of the club folding, there is no stability in who will remain on the team longer than one season as the squad usually consists of loanees from the bigger clubs such as Shakhtar and Dynamo.

With Russia’s invasion of the Donbas region in 2014, the club faltered. Zorya’s home ground, the Avanhard Stadium, suffered heavy shelling and Luhansk was at the frontlines of the Russo-Ukrainian war. The club and its fans have faced not only issues and threats within the world of football, but literal death in the city of Luhansk as thousands of people continue to struggle and have died in the war with Russia. Over the past six years, the people of Donbas, including Luhansk, have seen their homes transformed first into battlegrounds, and then into self-declared Russian puppet republics. Furthermore, the stadium is now in ruin and the team has had to be moved 400 kilometers southwest to the city of Zaporizhia.

The club played European games in Odesa initially, and was later moved to play 1,200 kilometers away to the west of the country in Lviv — the furthest distance possible for Zorya to play away from home.  They ended up staring bankruptcy in the face, and having no local fans or infrastructure. The club also hasn’t had any sort of youth development program – they rent their stadium and training grounds which does not breed long term success. As stated by the club’s former CEO Serhei Rafailov, “Playing in a different city brings additional costs” and further compounds Zorya’s financial issues.

As COVID-19 arrived, the club’s existence has been further thrown into question. It sounds strange to some that the team isn’t based in its native city where its fans are. Many of the players have never seen the city they represent – playing without a home, fans, or support and with constant whispers of collapse.

Zorya Luhansk has had to resort to other means to prevent the club from imploding. According to Zorya’s former director, they have had to buy young players unable to break into the big clubs, develop them, and try to sell them once they bloom; players such as Andriy Lunin who was sold to FC Real Madrid for $8.5M and Bohdan Mykhaylichenko who was sold to FC Anderlecht for $500K.

With everything stacked against them, the club managed to qualify for the Europa League in 2016. However, the local Slavutych Arena where Zorya played was nowhere near suitable for European competitions at that time. Only within the last two years was the club allowed to play its European games in the city of Zaporizhia. Compounding the situation further was a report that Zorya’s players have goneunpaid for many months. It became clear that it was difficult for the club players to constantly perform at a high level and to stay motivated when they didn’t know if they would get paid on time.

Zorya had the opportunity to face major clubs like Manchester United in the group stages of the Europa League in 2016 — one of the biggest and richest clubs in the world. Zorya also succeeded to pull off upsets such as beating the historic Spanish club Athletic Bilbao in a 2017 away game in Spain 1-0. Zorya continues to be far away from home, but they also continue to represent Donbas and the residents of Luhansk at a time when people need hope and unity more than ever.

In 2019, Yuriy Vernydub parted ways with Zorya after struggling in the domestic league and in qualification for the Europa League. This led to a new era for the team under the guardianship of Viktor Skrypnyk, who was appointed as head coach of FC Zorya Luhansk in June 2019 and brought in a new dimension to the functionality of the club. In his own words: “I am a Ukrainian with a European mentality.” Skrypnyk was a former Bundesliga player, who helped FC Werder Bremen win the league title as a key player and spent over 20 years in Germany acquiring a different mentality from the rest of the Ukrainian coaches. During the course of his time playing for Bremen, Skrypnyk won a number of trophies including the DFB-Pokal Cup in 1999. After retiring from playing in 2004, he remained at Werder Bremen and commenced his coaching career, working with players in the club’s academy. Skrypnyk was also the first Ukrainian head coach in the Bundesliga – something no one else has been able to repeat from Ukraine.

Skrypnyk guided the team to a third-place finish in the Ukrainian Premier League last term – narrowly missing out on a second place finish to Dynamo Kyiv on the final match day due to a 1-1 tie with Desna Chernihiv when they needed the victory. He has managed to bring tactical discipline to the squad and is well-loved by his players who believe in him.

Most recently, the team finished third in their Europa League group stage and managed to defeat English giant Leicester City 1-0, and the Greek club AEK 3-0. These wins not only generated excitement, but helped the club financially survive one more year. According to transfermarkt, Zorya Luhansk’s entire squad is worth $17M compared to Leicester City’s squad value of $534M and AEK’s $42M. It is a colossal achievement for Zorya to be going toe-to-toe with these clubs – especially beating Leicester City. Apart from general success in Europe, Zorya is also the one club who constantly brings a fighting spirit to matches against the dominance of FC Dynamo Kyiv and Shakhtar Donetsk in the Ukrainian Premier League and often claw out a draw or even a win.

Due to financial struggles, Zorya’s Europa League participation and levels of success take on a new level of significance, and it matters to Zorya in a way that their rivals would struggle to understand. The media continues to report that Zorya players have been unpaid in months and falters the team’s motivation. At the start of this season, rumors were abound about the head coach Viktor Skrypnyk moving to their rival FC Dnipro-1. The transfer never occurred, but it did heavily impact team morale. The extra television revenue keeps the club financially afloat and allows the players to focus on football instead of worrying if the club will collapse and leave them unpaid, which unfortunately happened to other top Ukrainian clubs like FC Dnipro and Metalist Kharkiv.

The Muzhyky continue to impress season after season in Ukrainian football, and with little to no resources, they are able to pull off shocking upsets such as the victory over Leicester City in the Europa League. With Zorya facing clubs like Manchester United and Leicester City, the British press often release short articles asking “Who are Zorya Luhansk” and proceed to describe the club as being a small team from Eastern Ukraine who no longer play on their home ground and are rather dismissive of the team. Perhaps it’s an understatement to say that Zorya is the pinnacle of underdogs in European football. Under the threat of having the club collapse at any moment, unpaid salaries and players constantly leaving – they continue to hold their heads up high no matter the odds knowing that The Muzhyky carry the fighting spirit of Donbas – something the Leicester City players can attest to.

*David Kirichenko is an editor for Euromaidan Press, an online English language newspaper in Ukraine. His articles have been published by the Pacific Forum, the Taipei Times, Kyiv Post, the News Tribune, and others.