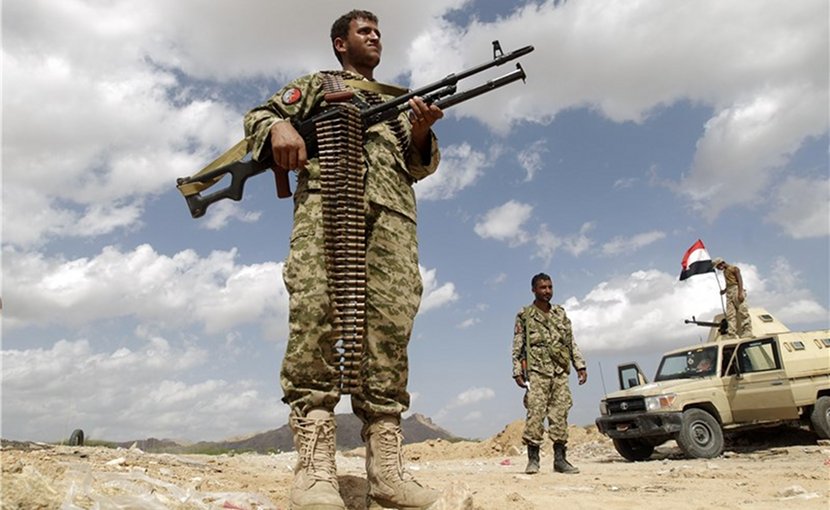 Saudi Arabia on Monday welcomed a US announcement that it plans to designate the Iran-backed Houthis as a terrorist organization.
Secretary of State Mike Pompeo said late on Sunday that the Trump administration will blacklist the Yemeni militia on Jan. 19.

The designation would “help end the dangers it (the Houthis) poses, which have led to the deteriorating humanitarian situation of the Yemeni people, and the continuing threats to international peace and security and the world economy,” the ministry said.

Supplies of missiles, drones, other weapons and funds to finance the Houthis’ war would also be cut off, helping stop the militia from “targeting the Yemeni people and threatening international navigation and neighboring countries.”

Since seizing the capital Sanaa in 2014 and sparking the conflict with Yemen’s internationally recognized government, the Houthis have repeatedly attacked Saudi Arabia’s cities and infrastructure with missiles and explosive drones. It has also been accused of attacking shipping near some of the world’s busiest sea lanes off Yemen’s coast.

The action will come into effect one day before President-elect Joe Biden takes office.

Saudi Arabia said it hoped Washington’s move would support existing political efforts to resolve the conflict and force the Houthis to return to the negotiating table.

The ministry said the Kingdom also supported UN envoy to Yemen, Martin Griffiths, in his work to end the war and reach a comprehensive political solution.

“I assured the envoy of Saudi Arabia’s commitment to reach a comprehensive political resolution according to the three references, which will ensure peace and stability for Yemen and the region,” he tweeted.

The UAE, which is part of a coalition with Saudi Arabia supporting the Yemeni government, also welcomed the plans.

Minister of State for Foreign Affairs Anwar Gargash said the group had sparked violence and chaos and led to the tragic deterioration of the humanitarian situation in Yemen.

“It is necessary to put an end to the grave violations the militia commits against the Yemeni people, and to confront its continued insistence on destabilizing security and stability in the region, and implementing the Iranian regime’s agenda,” he said in a tweet.

Bahrain’s foreign ministry said it commends the “great efforts” made by the US toward achieving security, stability and peace in the region and combating terrorism.

The ministry called on the international community to take similar measures against the group, which it said attacks the Yemeni people and neighboring countries and threatens international shipping.