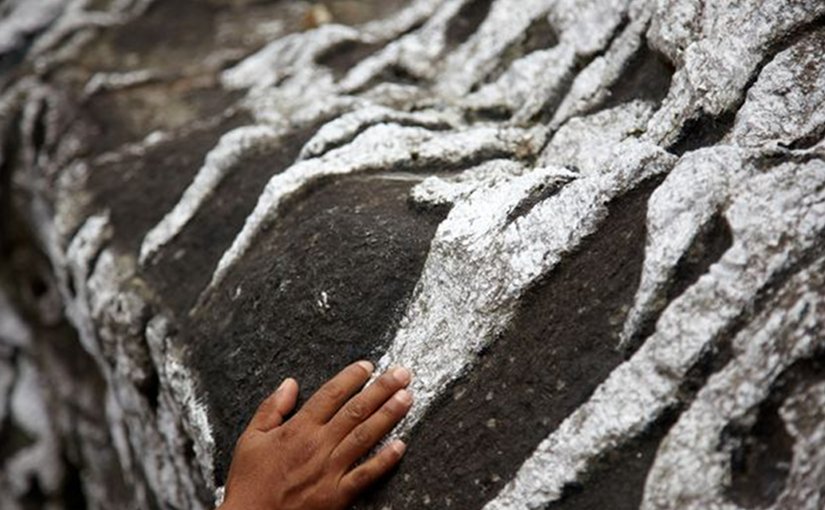 Almost 31 months after the merger, the ruling Nepal Communist Party (NCP) suffered a vertical split on December 22, 2020, with the rival factions of the party led by the two Co-Chairmen claiming their faction to be the authentic NCP in two separate Central Committee meetings held in the capital, Kathmandu. The faction led by Co-chair Pushpa Kamal Dahal removed K.P. Sharma Oli from the post of party Co-chair and unanimously nominated senior party leader Madhav Kumar Nepal as the new party Co-chair. On the other hand, Oli told his faction leaders that his faction was the authentic NCP and Dahal faction had no authority to call party meetings.

In a historic development, on May 17, 2018, two major national Left political parties – the Communist Party of Nepal-Unified Marxist-Leninist (CPN-UML) led by Oli and the Communist Party of Nepal-Maoist Centre (CPN-Maoist Centre) led by Dahal – at a joint meeting held at Prime Minister K.P. Sharma Oli’s residence in Baluwatar, Kathmandu, had announced their merger and the formation of the NCP.

Prior to that, on February 19, 2018, CPN-UML and CPN-Maoist Centre signed a seven-point agreement on the modalities of unification. However, the division of responsibilities between Oli and Dahal remained an issue of contention since then. The internal rift within the NCP, however, reached a climax after Prime Minister Oli unilaterally decided, on April 20, 2020, to introduce an ordinance to bring amendments in the existing provisions in the Political Party Act that, according to observers, made it easy to split the party. The party did come to the verge of split, but several efforts of rapprochement delayed the inevitable. Expectedly, however, the inevitable eventually came to pass.

On December 20, 2020, just two days before the official split, President Bidya Devi Bhandari dissolved the House of Representatives (HoR) endorsing the Oli Government’s recommendation for the dissolution of the HoR. The President also approved the Cabinet’s recommendation for holding general elections on April 30 and May 10, 2021.

Unsurprisingly, on December 21, 2020, 12 writ petitions were filed in the Supreme Court challenging the dissolution of the HoR. Separately, three lawyers filed a writ petition in the Supreme Court on December 28, 2020, demanding that the reshuffle of the Oli Cabinet be scrapped, because Oli had been reduced to a caretaker Prime Minister by the dissolution of the HoR. Another writ petition was filed on December 29, 2020, demanding a court order to bar the newly-appointed Ministers from carrying out their day-to-day responsibilities. Significantly, on December 25, Oli appointed eight new Cabinet Ministers and one Minister of State, following the resignation of seven Ministers said to be close to the NCP chair, Dahal, and senior leader Madhav Kumar Nepal, on December 20. These Ministers had resigned in condemnation of Prime Minister Oli’s move dissolve the HoR.

Moreover, political parties are out on the streets, protesting against the move. Rival factions of NCP, close to Dahal and Nepal, organized a ‘whistle rally’ in Kathmandu city on December 27. Marching along the Maitighar-Babarmahal Road section, the protesters blew whistles demanding reinstatement of the lower House. On December 28, 2020, the main opposition party, the Nepali Congress (NC), organised demonstrations in all 165 electoral constituencies across the country in protest against the dissolution of the HoR. Separately, on December 27, 2020, the Janata Samajbadi Party staged a mass demonstration in Kathmandu city. Further, thousands of students close to Dahal and Nepal marched through the streets of Kathmandu on December 29, 2020, urging Oli to reverse his decision. Police officials overseeing security disclosed that at least 10,000 people were on the streets to participate in this march, one of the most intense protests the country has witnessed since Oli dissolved Parliament.

Thus while 2020 was indeed a story of instability in Nepal, the political volatility did not have an adverse impact on the overall security situation in the country.

According to partial data compiled by the South Asia Terrorism Portal (SATP), the country recorded just one insurgency linked fatality (a civilian) in 2020 as against 13 fatalities recorded in 2019 (three civilians, two Security Force personnel, and eight extremists). Violence had peaked in 2019 after a lull of almost six years between 2013 and 2018, during which Nepal recorded just two fatalities (both civilians, in 2013). All the 13 fatalities in 2019 were linked to the Netra Bikram Chand aka Biblab-led Communist Party of Nepal-Maoist (CPN-Maoist-Chand). The lone 2020 fatality was also linked to this outfit. CPN-Maoist-Chand was formed on December 1, 2014, after splitting from the Communist Party of Nepal (Revolutionary Maoist) headed by Mohan Baidya.

There are, however, apprehensions that the deepening political instability in the country may provide the Chand group an opportunity to widen its reach. Expressing serious concern over the dissolution of the HoR, on December 29, 2020, CPN-Maoist-Chand announced that it would forge a common strategic front with three other fringe left parties – the Nepal Communist Party-led by Rishi Ram Kattel, the Communist Party of Nepal (Revolutionary Maoist)-led by Mohan Baidya and the Scientific Socialist Communist Party-led by Aahuti. Issuing a joint statement, the four fringe leftist parties said that this was their attempt to fight back the ‘counter-revolutionary’ measures adopted by Prime Minister K.P. Sharma Oli. They announced their intention to publicize the concept, structure and forward-looking programs of the Front at the earliest possible date.

The deepening political crisis has once again provided an opportunity to China to meddle in Nepal’s internal affairs. From the beginning of this evolving crisis, the Chinese Ambassador to Nepal, Hou Yanqi, has openly engaged with leaders cutting across party lines. More recently, on December 27, Beijing dispatched Guo Yezhou, a Vice Minister of the International Department of the Chinese Communist Party, to Kathmandu as the head of a four-member team. Guo’s team held talks with Nepali President Bidya Devi Bhandari, Prime Minister Oli, and NCP leaders Dahal and Nepal. According to Dahal’s secretariat, in addition to the current situation in Nepal, the visiting Chinese team discussed the possibility of reuniting the NCP. Guo played a major role in bringing together the Oli-led CPN-UML and the Dahal-led CPN-Maoist Centre in 2018 to form the NCP. Guo also negotiated with the leaders of Nepal’s two main communist parties to get them to contest the 2017 election on a common plank.

Moreover, the deepening political crisis is being exploited by China to make further territorial inroads in Nepal.  In August, the Humla District authorities reported a Chinese incursion near the Limi-Lepcha area of the Namkha Village Municipality. Protests erupted across the country. On September 22, the Government refuted the reports, but local residents of the area, including their elected representatives – Chhakka Bahadur Lama from ruling Nepal Communist Party, Rangmati Shahi and Jeevan Bahadur Shahi of the Nepali Congress, and representatives of local bodies – rejected the Government’s stance. The issue came into limelight again in October, when a Nepali Congress lawmaker of Karnali Province, Jeevan Bahadur Shahi, after returning from an 11-day visit to the Nepal-China border in Humla District, accused China of encroaching on Nepal’s territory in the District. The Government has not responded and there is widespread resentment again the Government’s stance.

Although the Comprehensive Peace Agreement of 21 November 2006 between the government and the Communist Party of Nepal (CPN-Maoist), which formally ended the armed conflict, promised to make the fate or the whereabouts of the disappeared public within 60 days, thousands of families have been denied the right to the truth about these cases for the last 14 years. This has led to wider denial of accountability, access to justice and effective remedy and reparation.

On January 27, 2020, unconvinced by the Government’s approach to the Transitional Justice process, the conflict victims threatened to invite the international community, including the United Nations, to intervene in the ‘botched’ justice process. Bhagiram Chaudhary, Chairperson of the Conflict Victims’ Common Platform (CVCP), an umbrella body of 13 organizations advocating justice for war-era victims, noted,

By ignoring our plea to revise the TJ [Transitional Justice] law before appointing commissioners in the two commissions, the government has repeated the same old mistake. So, we will continue our protest against the botched TJ process. We will ask the United Nations and other countries that are committed to human rights to intervene in the TJ process if the government continues to undermine our voices.

The TRC and the CIEDP were constituted on February 10, 2015, to probe instances of serious violations of human rights and to determine the status of those who disappeared during the course of the armed conflict between the State and the then Communist Party of Nepal–Maoist (CPN-Maoist), between February 13, 1996, and November 21, 2006, the day of the signing of the Comprehensive Peace Agreement 2006 .

With rising political instability in the country, there is a lurking danger of escalation of violence by opportunistic formations such as the Chand group.

Dominic Cruz Bustillos sat down with Timothy Frye, the Marshall D. Shulman Professor of Post-Soviet Foreign Policy within the Department of Political Science at Columbia University, editor of “Post-Soviet Affairs” and co-director of the International Center for the Study of Institutions and Development at the Higher School of Economics in Moscow. Professor Frye is the author of the new book, “Weak Strongman: The Limits of Power in Putin’s Russia,” which draws on cutting-edge social science research to emphasize Russia’s similarities to other autocracies and highlight the difficult trade-offs that confront the Kremlin. They discussed Frye’s challenges to the conventional wisdom on Putin’s Russia, Russia’s handling of the COVID-19 pandemic, the European energy crisis, the recent State Duma elections, U.S.-Russia relations and more.