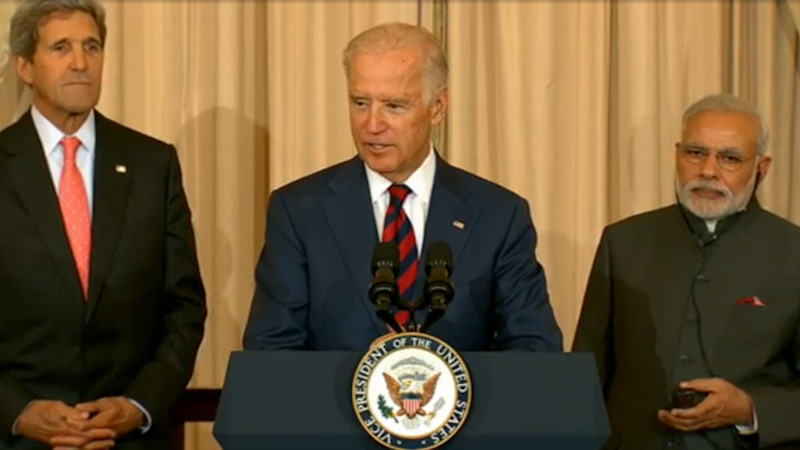 US president-elect Joe Biden’s foreign policy will be very different from that of President Donald Trump. Biden has vowed to bring back US global leadership, value international diplomacy, restore US alliances and promote democracy and human rights abroad. He intends to undo the dramatic — and in his view deleterious — changes that the Trump administration made to US foreign policy.

Yet, while Biden may engineer a full-scale foreign policy reset, his administration’s likely South Asia policy will be an anomaly — a rare example of considerable continuity with Trump.

Biden, like Trump, strongly supports a withdrawal from Afghanistan. As vice president to Barack Obama, he was a vocal opponent of his boss’s troop surge.

He will also side with Trump in supporting a workable relationship with Pakistan that, at least initially, mainly revolves around securing Islamabad’s assistance in advancing a fledgeling and fragile peace process in Afghanistan.

He will also fully back a rapidly growing US–India partnership that enjoyed much forward movement during the Trump years — just as it has throughout every previous administration back to the Bill Clinton era. Biden is a long-time friend of India’s who once described the US–India partnership as the defining relationship of the 21st century.

The two core shared interests that drive the partnership — combating terrorism and countering China — have Biden’s full-throated support. The next US president has also expressed his admiration for the large Indian–American community, a constituency that further strengthens the bilateral relationship.

Meanwhile, the rest of South Asia will receive less strategic focus, as it did during Trump’s term. The attention it does garner will largely be framed through the lens of US–China rivalry and, increasingly, India–China rivalry amid Beijing’s deepening footprint across the region, fuelled by its Belt and Road Initiative.

So expect Biden to shake up Washington’s current foreign policy, but not its present South Asia strategy. And yet, the very different approach that Biden takes on foreign policy will have considerable implications for South Asia and could produce some new outcomes for the region — both good and bad.

First, the style and tone of Biden’s engagements with the world will be softer and kinder, as well as more consistent and predictable. Washington’s important partnership with India won’t have to worry about impolitic distractions resulting from mocking remarks about India’s leaders, policies or challenges. And Washington’s delicate relationship with Pakistan won’t be upended by abrupt moves, such as a sudden decision to cut security aid.

Second, Biden takes an especially robust position on counterterrorism. It is a key lens through which he has long viewed the world, including South Asia. Expect him to try to hold the Taliban’s feet to the fire and threaten to suspend further US troop withdrawals from Afghanistan until the insurgents stop cooperating with al-Qaeda. He may also increase pressure on Pakistan to shut down the India-focused terror networks on its soil, especially with the receding US footprint in Afghanistan making the Afghanistan-focused ones less of a concern for Washington.

Third, Biden’s position towards three key US rivals — Iran, China and Russia — will likely diverge from Trump’s, with notable implications for South Asia. He will seek modest improvements in relations with the first two, while pursuing a more confrontational policy with the third than did Trump.

The prospect of even modestly improved US relations with Iran would be a net positive for both New Delhi and Islamabad, which value commercial cooperation with Tehran and prefer a relaxed US sanctions regime. A slightly less toxic US–China relationship would please Islamabad, which prefers that its top ally have better relations with Washington. But it would present a complication for New Delhi, which has seen its relations with Beijing plummet to their lowest point in decades.

Increasingly bitter US–Russia ties would be an unwelcome development for India, which knows that its longstanding friendship with Moscow constitutes one of the few entrenched tension points in US–India relations.

Finally, Biden’s emphasis on democracy and rights promotion means that South Asian states, including those often overlooked by the United States, could end up on Washington’s radar for the wrong reasons. Crackdowns on dissent, assaults on rights and democratic backsliding are prevalent across South Asia. Biden will likely go relatively easy on India for strategic reasons, but Pakistan, Bangladesh and Sri Lanka could find themselves subjected to sharp and frequent criticism.

Fortunately, climate change — another paramount Biden priority and a major threat to South Asia — offers an opportunity for less tense US engagement with the wider region.

In short, South Asia policy under Biden will be a rare case of continuity. But it will still be impacted by the sea change the incoming administration will usher in for US foreign policy, presenting both new opportunities and fresh challenges for the region.

*About the author: Michael Kugelman is Deputy Director for the Asia Program and Senior Associate for South Asia at the Woodrow Wilson International Center for Scholars, Washington, DC.

The article How Will Biden’s Strategy On South Asia Differ From Trump’s? – OpEd appeared first on Eurasia Review.