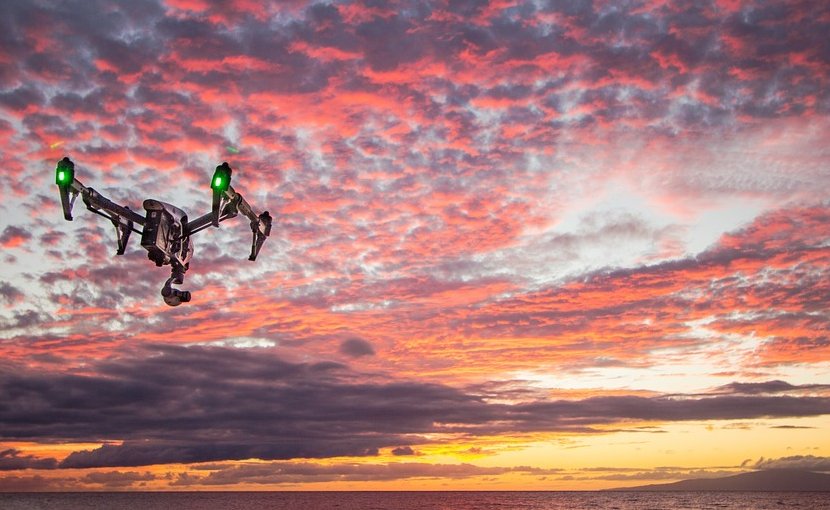 It is imperative for India to remember that fighting DIY and crude armed technologies could well be more difficult to achieve than traditional warfare.

The Chief of the Indian Air Force, Air Chief Marshal R.K.S. Bhaduria, while recently addressing a webinar on India’s national security challenges and the role of air power, highlighted the challenges posed by rapid progression in technological innovations coupled with lower costs, leading to disruptions in how threats and warfare are now being perceived. The Air Chief specifically highlighted the potency of these technological disruptions in the hands of non-state actors, increasing their capabilities of achieving disproportionate effects in a conflict theatre.

While the Air Chief cautioned regarding the use of drones by both non-state actors and small states — the latter being highlighted arguably due to the recent Nagorno-Karabkh conflict between Azerbeijan and Armenia where drones played a critical role, specifically for the Azeris as the conflict zone became a parade for smaller, cheaper drones to prove their mettle. The Armenians, meanwhile, armed with older Soviet-era equipment often found themselves fighting an invisible enemy. It is the non-state actors and their incorporation of technology that has started to cause tremors in the foundations of how warfare has been viewed and broached.

The Air Chief’s warning of the increasing threat of asymmetric warfare comes on the back of a slew of global and domestic developments in this field. An observable increase in small drones in and around the Line of Control in Kashmir may have finally forced the Indian security establishment to operationalise policies to counter a steady adoption of asymmetric warfare strategies, both from a state and counterterrorism level, including off-the-shelf purchases of counter-drone technologies from countries such as Israel. In fact, the use of such asymmetric tactics is not just visible in Kashmir, but also in heartland regions where the Naxal insurgency has a hold. In November 2019, it was reported that Maoists, for the first time, flew a drone above a CRPF camp in the violent Bastar region, highlighting a new phase of threat for counterinsurgency (COIN) operations to deal with on the internal security front.

However, from a counterterrorism and COIN perspective, technology such as crude armed drones, often piggybacking on quadcopters bought off any local toy store or online retailer and kitted out locally to carry crude bombs, narcotics, weapons and so on, have been operational in theatres such as Iraq and Syria, developed by terror groups like the so-called Islamic State (ISIS or Daesh). In fact, ISIS reportedly had its own small fleet of Do-It-Yourself (DIY) crude armed drones employed with home-made IEDs, and the group had a system in place for operators to log in their operations, like a formalised military. The innovation scale tips even beyond quadcopters, with drones outrightly built from scraps, operating both as drones with powered motors and gliders alike, showcasing an aptitude for not just modding but building crude drones from scratch.

The use of armed crude drones can be traced back to 2016, when ISIS-linked fighters killed two Peshmerga fighters and badly wounded two French soldiers in the Kurdistan region of northern Iraq via a booby-trapped drone. It is interesting to note here that these crude drones have also evolved since. The 2016 example mentioned above was that of a drone which crash landed and exploded when picked up by the Peshmerga fighters after being intercepted. Since then, these crude drones used by non-state actors have evolved, from both versions — that fly into targets and explode; and those that have been installed with makeshift pully systems that allows the drone to drop crude IEDs onto targets, record the same via a camera for propaganda value, and return home. These images and videos, released by ISIS’s voracious online propaganda ecosystem, made it into most living rooms around the world, on how in the midst of the world’s major conflict zone, the group was inventing, evolving, funding and challenging the might of the Western armed forces.

However, since 2016, this idea of using cheap yet effective technology available off-the-shelf, and difficult to monitor or regulate, has expanded beyond ISIS. To put this in perspective, in 2018, Venezuelan president Nicolas Maduro survived an assassination attempt involving an explosive drone.

According to a study by New America, a US based think-tank, non-state actors ranging from Boko Haram in Nigeria and the Cartel De Jalisco Nueva Generacion (CJNG) in Mexico to the Taliban in Afghanistan and Hamas across the Middle East region have used drones in one way or another since 2016. In September 2019, two major Saudi Arabian oil refineries were hit by drone attacks that were claimed by Yemen’s Houthi rebels. Oddly, historically, the use of remote-control aircraft for attacks by a non-state actor, perhaps, can be traced back to 1993, when Japan’s erstwhile extremist cult known as Aum Shinrikyo acquired a Soviet-era helicopter and planned to operate it via remote control (as a drone, in today’s language) in a failed attempt to release toxic Sarin gas by air.

Deterring these new threats, specifically in the hands of terror groups and other non-state actors, has not been easy. The drones modded and used by such groups, which include models made for far simpler reasons such as photography and film making, are products that are considered to be everyday items available from duty-free shops at airports to large technology retail outlets. In fact, according to investigations conducted by Conflict Armament Research (CAR), India was one of the country’s listed (along with China, Lebanon, Turkey, Uzbekistan and Kuwait) from where some of these drones were procured, most likely through online retailers. In one instance, a drone purchased in India in August 2016, and activated in the UK in October of that year, was found in Tal Afar, Iraq. This highlights that the time scale between purchase and use is short.

While India has embarked for tighter control of manufacturing and usage of civilian drones, the fact remains that regulating global supply chains of not only products, but components is an immensely difficult task. For example, previously, components including fuses and detonating cords manufactured by Indian companies were found in IEDs manufactured by ISIS. The manufacturers revealed that they often do not know who the final buyer is, and it is increasingly becoming difficult thanks to online markets to find out whether the buyer is genuine or not.

Creating regulations and financial obstacles to tackle this kind of ‘technology transfer’ may be futile and committing to creating kinetic and tactical counter measures against these new threats by pitting technology against technology is arguably a better option to go with. Of course, the challenge always emits from the fact that technology always does, and always will, outpace policy. Nonetheless, this sort of challenge has also garnered innovative responses against increasing asymmetric threats from terror groups. The French, for example, started to train eagles to take out crude drones, albeit to limited success. On a more tactical and organised level, the US Army has adapted more aggressively against these threats.

The US Army setup its Asymmetric Warfare Group (AWG) back in 2006, during the peak of its ‘war against terror’ campaigns in Afghanistan and Iraq. Meaning, that the US had a head start in this regard, as far as thinking beyond the box is concerned. This, however, is not surprising considering the expansive operational theatres the US military operates in the Middle East and beyond. This operational history gave the US Army a much more realistic agenda to develop systems to ward off ‘alternative’ threats. The success of the AWG was recently documented by Capt. T.S. Allen, Maj. Kyle Brown and Dr Jonathan Askonas, who highlighted how the US Army out-innovated the ISIS drones. Allen, Brown and Askonas highlight how the US Army studied, recognised and acted on these new threats, stripping down ISIS’s drones’ program both theoretically and practically, coming to innovation-based conclusions, and integrating their findings into US Army training methodologies.

This expansive explanation first and foremost gives an insightful look on how to conceptualise an asymmetric threat which lies beyond threats that are both obvious and bookish, keeping current and future ‘crude-tech’ innovations in mind that could possibly be co-opted by non-state actors. The success of the AWG, perhaps, is on offer today due to the announcement made in October 2019 that the US Army will shut down the unit by September of this year. Nonetheless, the AWG is a good blueprint to study for a country such as India and could become another point of cooperation between Washington DC and New Delhi.

India’s defence procurement, which largely relies on purchases made on the very day they need to be utilised, is currently integrating both traditional drone technologies pushed through by the Ladakh crisis with China and counter mechanisms to use of small drones by non-state (often supported by a state in India’s case) actors via counter-drone technologies from the likes of Israel.

It is imperative for India to remember that fighting DIY and crude armed technologies could well be more difficult to achieve than traditional warfare. Militarising a camera drone used to make YouTube videos by an influencer is as convoluted an act as it sounds, and it requires a special set of thinking caps to tackle it both granularly and strategically. The long-held idea that drones such as the MQ-9 Reaper, armed with Hellfire missiles and having a Hollywood-like kill list in its coffers is a pony trick that only the US can master at this point of time as far as counterterror operations are concerned. Recognising that technologies are not exclusive anymore to warfare is the thought deterrence that India’s national security czars should internalise. New Delhi’s security thinking should move forward keeping these new mantras in mind while designing counterterror and COIN strategies for the next decade.

The article What India Should Know About Non-State Actors, Counterterrorism And Asymmetric Warfare – Analysis appeared first on Eurasia Review.