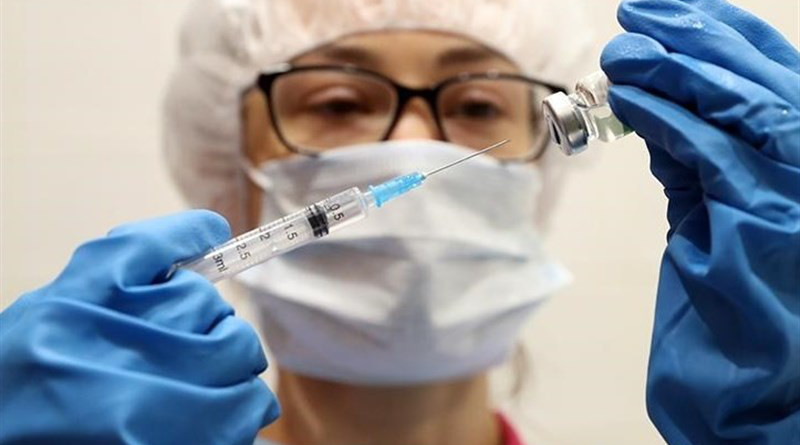 More than three quarters of COVID-19 patients have at least one ongoing symptom six months after initially becoming unwell, according to research published in The Lancet.

The cohort study, looking at long-term effects of COVID-19 infection on people hospitalised in Wuhan, China, reveals that the most common symptom to persist is fatigue or muscle weakness (63% of patients), with patients also frequently experiencing sleep difficulties (26%). Anxiety or depression was reported among 23% of patients.

Patients who were severely ill in hospital more often had impaired lung function and abnormalities detected in chest imaging – which could indicate organ damage – six months after symptom onset.

Levels of neutralising antibodies fell by more than half (52.5%) after six months in 94 patients whose immune response was tested at the peak of the infection, raising concerns about the possibility of being re-infected by the virus.

Little is known about the long-term health effects of COVID-19 as few follow-up studies have so far been carried out. Those that have been conducted looked only at a small number of cases over a short follow-up period (typically around three months after discharge).

Professor Bin Cao, from National Center for Respiratory Medicine, China-Japan Friendship Hospital and Capital Medical University, said: “Because COVID-19 is such a new disease, we are only beginning to understand some of its long-term effects on patients’ health. Our analysis indicates that most patients continue to live with at least some of the effects of the virus after leaving hospital, and highlights a need for post-discharge care, particularly for those who experience severe infections. Our work also underscores the importance of conducting longer follow-up studies in larger populations in order to understand the full spectrum of effects that COVID-19 can have on people.” [1]

The new study included 1,733 COVID-19 patients who were discharged from Jin Yin-tan Hospital in Wuhan, China, between January 7th and May 29th 2020. Patients had a median age of 57 years. Follow-up visits were done from June 16th to September 3rd, 2020, and the median follow-up time was 186 days.

All patients were interviewed face-to-face using questionnaires to evaluate their symptoms and health-related quality of life. They also underwent physical examinations, lab tests, and a six-minute walking test to gauge patients’ endurance levels. 390 patients had further tests, including an assessment of their lung function. In addition, 94 patients whose blood antibody levels were recorded at the height of the infection as part of another trial received a follow-up test.

Of the 390 patients who underwent additional testing, 349 completed the lung function test (41 were unable to complete the test due to poor compliance). Patients with more severe illness commonly had reduced lung function, with 56% (48/86) of those at severity scale 5–6 (who required ventilation) experiencing diffusion impairment – reduced flow of oxygen from the lungs to the bloodstream. For patients at severity scale 4 (who required oxygen therapy) and those at scale 3 (who did not require oxygen therapy) the figures were 29% (48/165) and 22% (18/83), respectively.

Patients with more severe disease performed worse in the six-minute walking test (which measures the distance covered in six minutes), with 29% of those at severity scale 5–6 walking less than the lower limit of the normal range, compared with 24% for those at scale 3, and 22% for scale 4.

The authors also found that some patients went on to develop kidney problems post-discharge. As well as the lungs, COVID-19 is known to affect other organs, including the kidney. Lab tests revealed that 13% (107/822) of patients whose kidney function was normal while in hospital had reduced kidney function in follow-up.

Follow-up blood antibody tests from 94 patients after six months revealed that levels of neutralising antibodies were 52.5% lower than at the height of infection. The authors say this raises concerns about the possibility of COVID-19 re-infection.

As the number of participants with antibody test results both at acute phase and follow-up was limited, larger samples are needed in future to clarify how levels of antibodies against the virus change over time. Further work is also needed to compare differences in outcomes between inpatients and outpatients, as patients with mild COVID-19 symptoms who stayed in temporary Fangcang shelter hospitals were not included in the study.

Impaired lung function and exercise capacity observed in the study cannot be directly attributed to COVID-19 as baseline data for these are unavailable. Due to the way the data was analysed, it also was not possible to determine if symptoms reported during follow-up were persistent following the infection, worsened after recovery, or occurred post-discharge.

Writing in a linked Comment, Monica Cortinovis, Norberto Perico, and Giuseppe Remuzzi, from the Istituto di Ricerche Farmacologiche Mario Negri IRCCS, Italy, who were not involved in the study, remark on the uncertainty regarding the possible long-term impacts of COVID-19 on health, saying: “Unfortunately, there are few reports on the clinical picture of the aftermath of COVID-19. The study by Huang and colleagues in The Lancet is therefore relevant and timely.”

Echoing the study authors’ calls for further research, they add: “Even though the study offers a comprehensive clinical picture of the aftermath of COVID-19 in hospitalised patients, only 4% were admitted to an intensive care unit (ICU), rendering the information about the long-term consequences in this particular cohort inconclusive. Nonetheless, previous research on patient outcomes after ICU stays suggests that several COVID-19 patients who were critically ill while hospitalised will subsequently face impairments regarding their cognitive and mental health and/or physical function far beyond their hospital discharge.”

The article Most Patients Hospitalized With COVID-19 Have At Least One Symptom Six Months After Falling Ill appeared first on Eurasia Review.